Kreis: “Dotson in a really good moment” for USMNT U-23’s 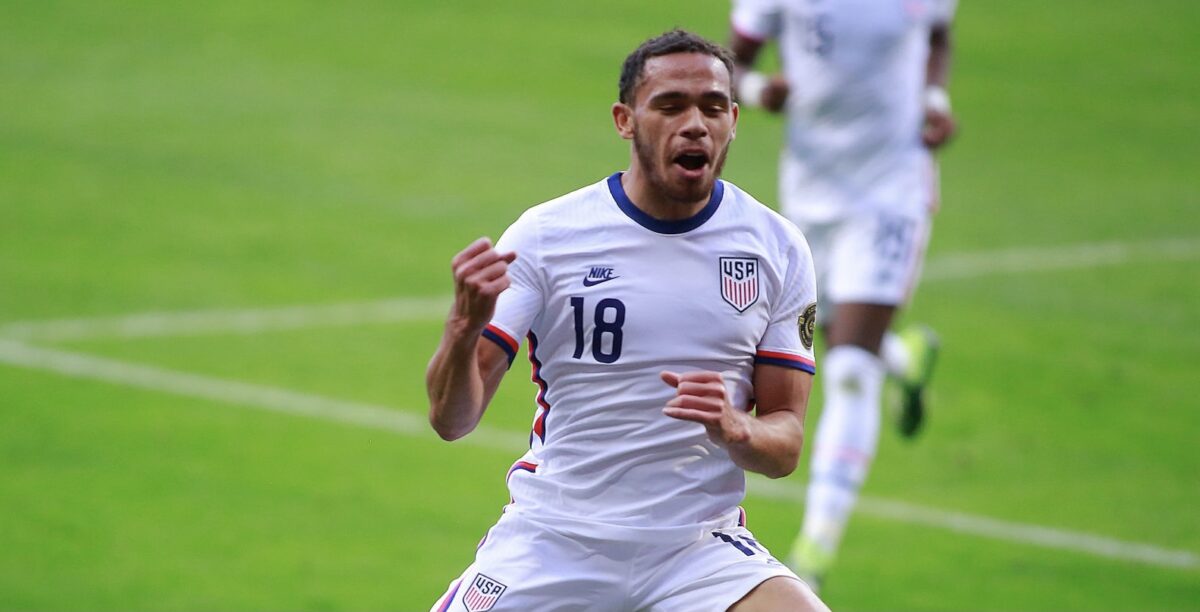 The U.S. Under-23 Men’s National Team found it frustrating in the first half of Sunday’s match against the Dominican Republic. That is, until head coach Jason Kreis brought on midfielder Hassani Dotson as a second-half substitute.

Dotson went on to score twice in an eventual 4-0 group stage victory over the Dominicans in Mexico, giving the USMNT U-23’s six points from its opening six matches. The Minnesota United midfielder isn’t known for his goalscoring ability, but he made the most of his opportunities around the box and delivered twice for his first goals of the tournament.

“For me, Hassani is a player that’s coming into his own,” Kreis said in a conference call with reporters. “He showed us in January how hungry he was and how he was capable of so many different things as a central midfield player. He showed up to this camp probably fitter than everybody else.”

“He’s worked extremely hard, he’s had assists and goals in almost every single training session. So it’s really nice to see a player who is coming, I think, in a really good moment and is hungry to help lead this team and push this team forward. Couldn’t be more pleased for the kid.”

Dotson started in a 1-0 opening night victory over Costa Rica before coming off the bench in Sunday’s affair in Guadalajara. Alongside Djordje Mihailovic and Benji Michel, Dotson was among the key contributors off the bench for the Americans, scoring twice and tracking plenty of ground in midfield.

The 23-year-old has been a rising talent within MLS since being drafted No. 31 overall by the Loons in 2019 and his role has continued to blossom on the international stage during this tournament. Now the midfielder will look to play a part in a group stage finale against Mexico on Wednesday, before a semifinal matchup on Sunday with a first Olympic berth since 2008 at stake for the Americans.

“Very excited that I could execute the plans that he had given us,” Dotson said post match on the Fox Sports 1 broadcast. “I think the whole team put in a good shift and I was the one [who was] able to score the goals. It’s a team performance and I’m just very excited to score my first goals of the tournament.”

“We’re just focusing each game at a time. Now we celebrate for a little bit and the next one is Mexico. That’s all we focus on and hopefully we can continue this momentum and qualify for the Olympics.”

The USMNT can top Group A with a victory over Mexico on Wednesday.