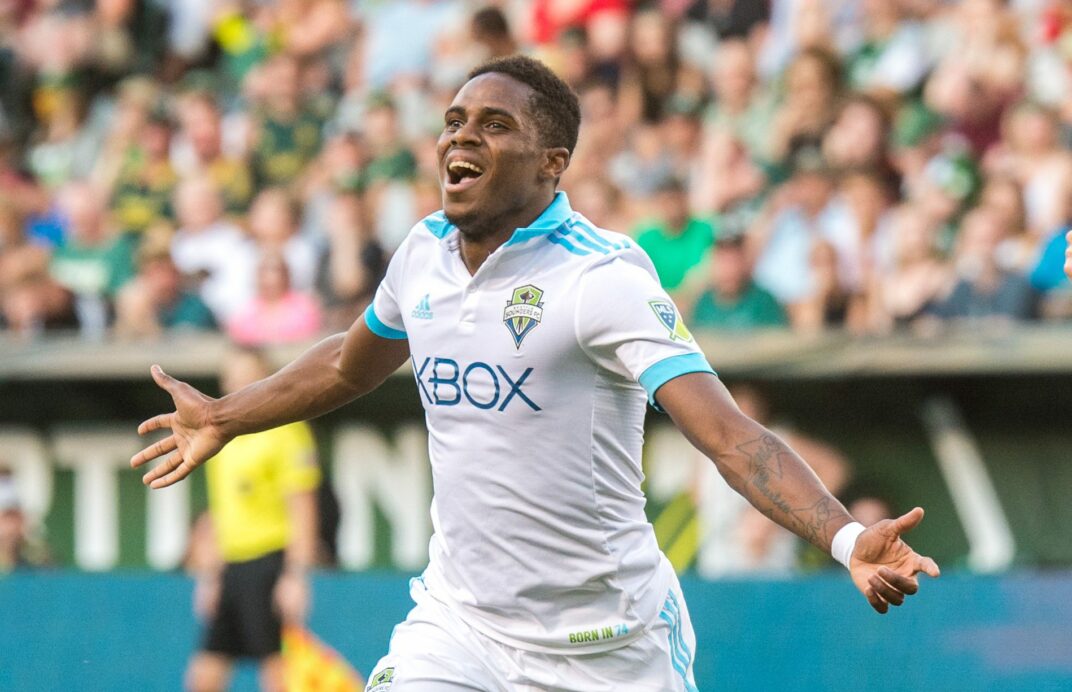 Inter Miami has been open in recent weeks about its desire to sign a left back as well as an attacking option.

Well, the team just bolstered both areas with an MLS veteran.

Inter Miami announced on Thursday afternoon that it has signed free agent defender Joevin Jones to a two-year contract. The versatile Jones joins the Herons after most recently playing for the Seattle Sounders, whom current Inter Miami sporting director Chris Henderson worked for previously.

Jones, 29, had his option declined by the Sounders back in December, but helped them reach their fourth MLS Cup Final in five seasons in 2020. The defender/wide midfielder started 10 times in 13 appearances last year for his former side, scoring two goals and dishing out three assists. He has won two MLS Cups, and represented Trinidad & Tobago’s national team 76 times while recording nine goals and seven assists.

Inter Miami had admittedly been in recent negotiations with English left fullback Kieran Gibbs, but Henderson stated in late February that the team was looking at other options as well.

The LA Galaxy have added another attacking option out wide.

The Galaxy announced Thursday that they have signed winger Samuel Grandsir from AS Monaco.

Grandsir, 24 has spent his entire career in France, making a name for himself with ES Troyes AC and earning four caps for the France U21 team in 2017. In 2018 Grandsir completed a move to AS Monaco where he has subsequently been sent on loan for the last two seasons.

In Los Angeles, Grandsir will be joining a winger cohort that is devoid of proven options with young players Efrain Alvarez, Cameron Dunbar and Julian Araujo receiving playing time out wide last season.

The fee unknown at this time, but Grandsir will occupy an international roster spot and was signed via targeted-allocation money. Grandsir will also be joining the Galaxy on a three-year contract with an option for an additional year.

The Vancouver Whitecaps have added a former U.S. Men’s National Team midfielder to their coaching staff.

The Whitecaps announced Thursday that they have hired Ricardo Clark as an assistant coach for Marc dos Santos’ technical team. Clark, 38, joins the Canadian side after most recently serving as the Houston Dynamo’s academy coach.

Conchey, 28, joined the Timbers on loan from San Lorenzo in 2018, before making the move permanent in 2019.

The Argentinian departs from Portland having made 28 appearances and scoring one goal in his two and a half year run with the club.

Midfielder Sam Gleadle has been released by Minnesota United, the club announced Thursday.

Gleadle, 24, was signed from USL side Reno 1868 at the end of last season, but his tenure with the Loons ends having never made an official appearance for the club.