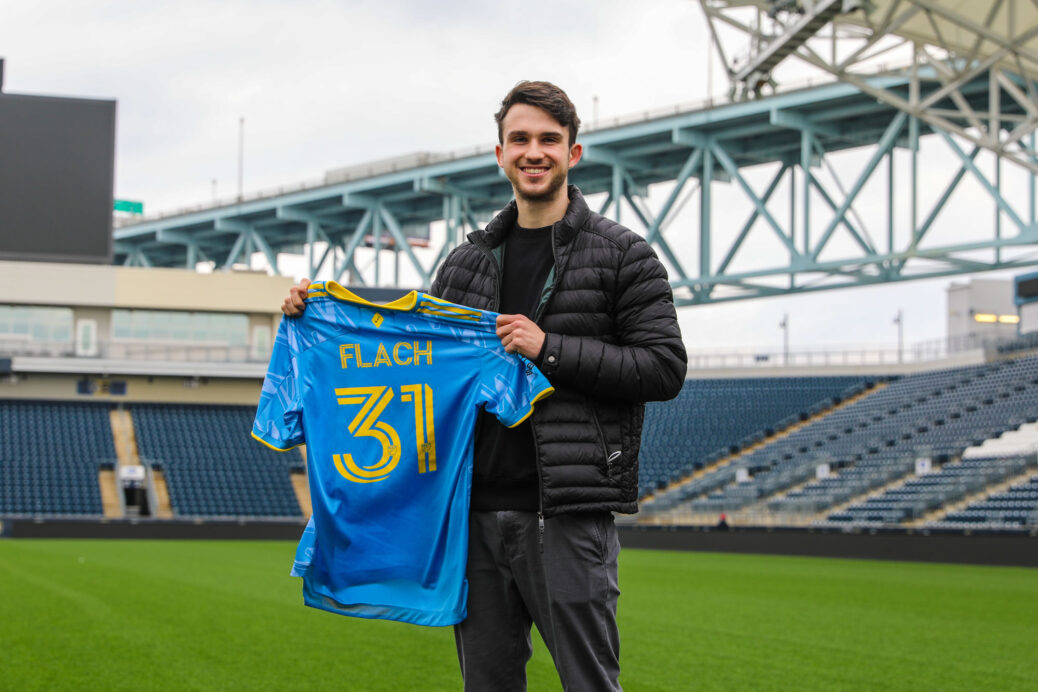 The Philadelphia Union just added depth to their midfield, and they did so by signing a U.S. youth international.

The Union announced on Wednesday that they have signed midfielder Leon Flach from German second division club St Pauli for an undisclosed transfer fee. Flach joins the MLS side on a deal that runs through 2022, though it includes team options for the following two seasons.

A dual national, the 20-year-old Flach made his pro debut this season in the 2. Bundesliga. He played in nine games, all as a substitute, for St. Pauli in the current campaign and scored one goal before making the move to the Union.

Flach was born in Texas, but he initially represented Germany’s Under-18 side at the international level. He more recently was part of some Under-20 U.S. Men’s National Team camps before the cancelation of this summer’s Under-20 World Cup.

The busy offseason for FC Cincinnati continued Wednesday, with winger Isaac Atanga signing with the team from FC Nordsjælland in Denmark.

Atanga, 20, joins FC Cincinnati on a three-year contract with team options for two additional seasons. The Ghanaian, who will occupy an international roster spot in MLS, scored five goals in 19 appearances for Nordsjaelland this season before making the move stateside.

He joins Luciano Acosta and Brenner as attack-minded acquisitions brought on board this offseason by FC Cincinnati, which is aiming to increase its output in the final third this season.

Wednesday’s scheduled preseason match between the Houston Dynamo and Austin Bold has been cancelled due to a player on the USL Championship outfit testing positive for COVID-19.

The game will not be rescheduled and both teams will continue to move along with the rest of their preseason plans. To help make up for the canceled affair, the Dynamo will play an intra-squad scrimmage on Wednesday.

Inter Miami’s preparation for the 2021 campaign has come to a halt, with the team announcing on Tuesday that its next three preseason matches will not be played. The Herons cited “the health and safety of players and staff” as the reason for why the games were canceled.

Inter Miami was scheduled to face the Charleston Battery on Tuesday and the New York Red Bulls and Nashville SC on April 3 in Bradenton, Florida. The fixtures will not be made up.