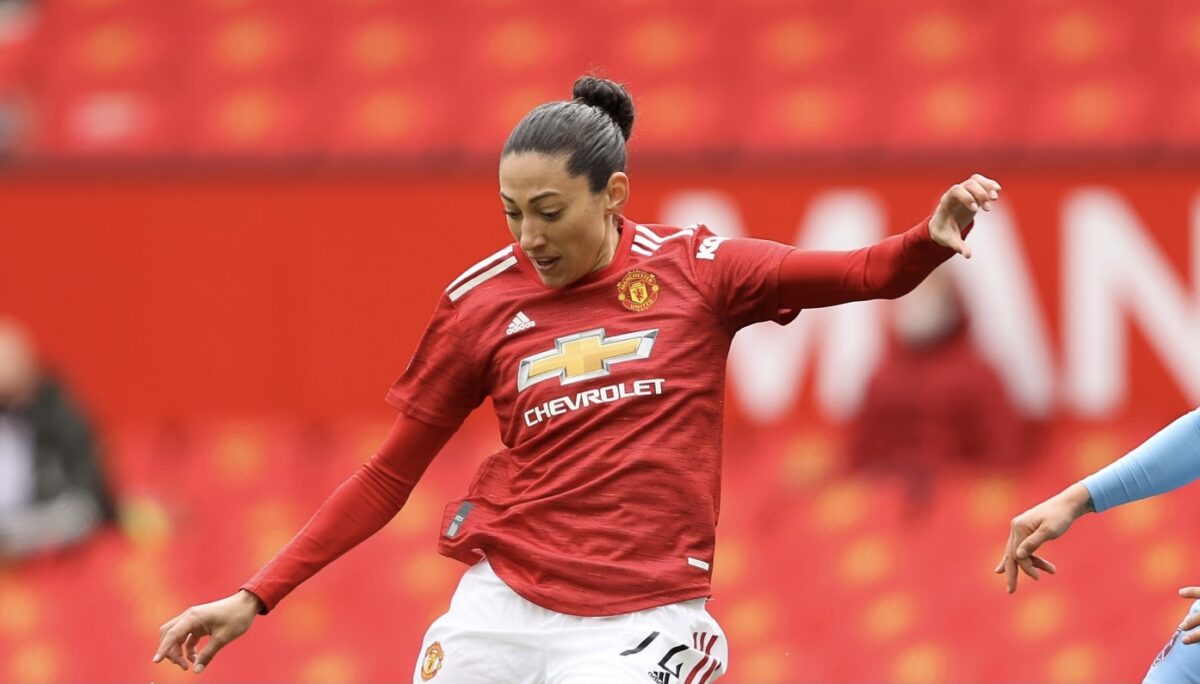 Christen Press and her Manchester United teammates lined up at Old Trafford for the first time as players and delivered a top performance in their stadium debut.

Press scored her third league goal of the season as the Lady Red Devils defeated West Ham United 2-0 on Saturday morning. It was Press’ second match back since suffering an illness overseas.

English teenager Lauren James broke the deadlock for Manchester United in the 49th minute, before Press delivered the second goal in a six-minute span. It was a clinical finish by Press, who put Casey Stoney’s side in good position to close out the match.

The 32-year-old has played in 13 matches across all competitions for Man United this season, and hopefully will provide a say in the league title race. Saturday’s victory for the Red Devils was their 12th of the season, but they still remain four points behind rivals Manchester City for second place.

Chelsea tops the table at 44 points and both them and the Lady Citizens hold a game in hand over Manchester United.

As for Press’ international and club teammate Tobin Heath, she still remains out with a long-term injury. There is no timetable for her return this WSL season.

Up next for Manchester United is an April 4 trip to Brighton & Hove Albion.