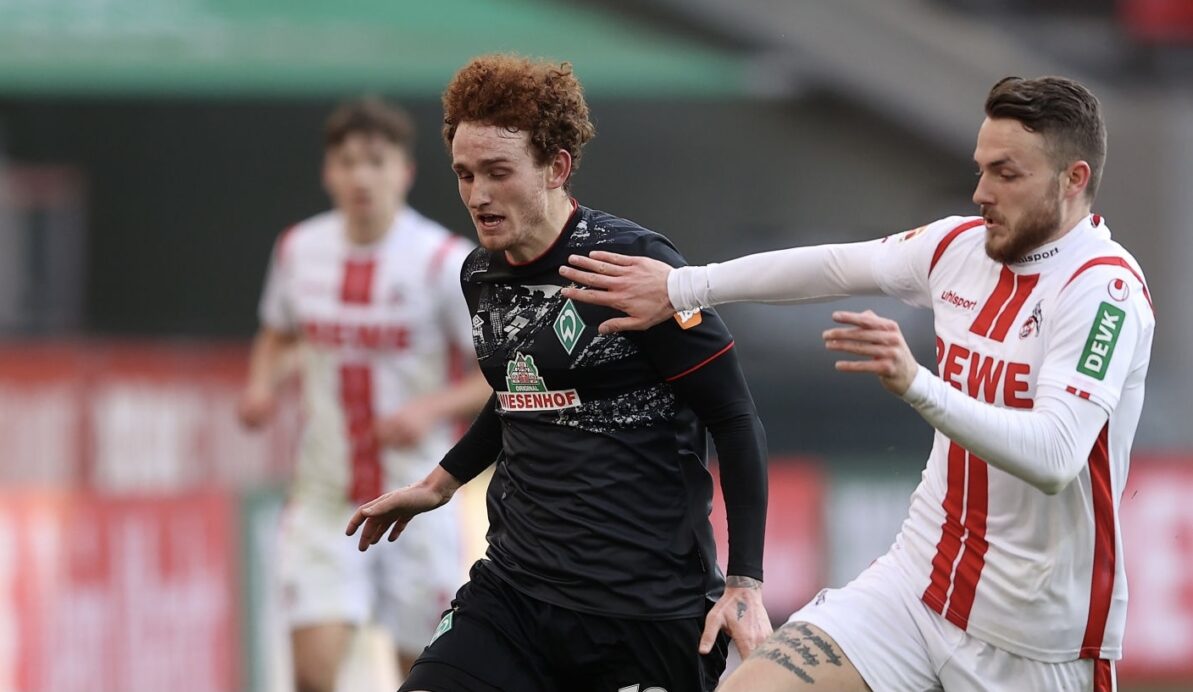 Josh Sargent looks to be finding his goalscoring form at the right time for Werder Bremen, who moved a step closer to Bundesliga survival on Sunday.

Sargent scored for the second-consecutive match as Florian Kohfeldt’s side earned a 1-1 draw with Cologne. The result moves the club nine points clear of the relegation zone with 11 matches to play this season.

After a scoreless first-half, Sargent put Werder Bremen ahead in the 66th minute after heading home at the back post. The U.S. Men’s National Team striker was left alone on a cross and made Cologne’s backline pay with a cool finish into the bottom corner.

It was Sargent’s fourth goal of the season.

Werder Bremen could only settle for one point though as Jonas Hector’s equalizer in the 83rd minute finished the match at 1-1.

Sargent and Werder Bremen next travel to Arminia Bielefeld on Wednesday before a huge home clash with Bayern Munich on March 13th.