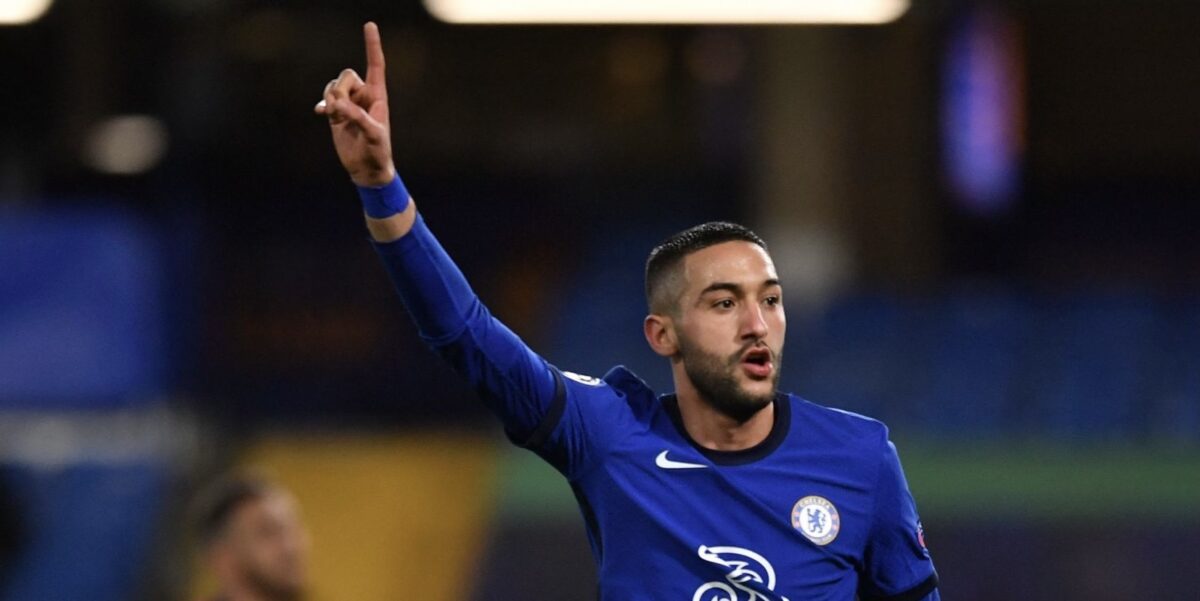 Chelsea became the third English club to punch a ticket to the UEFA Champions League quarterfinals after breezing by Atletico Madrid in London on Wednesday.

Hakim Ziyech and Emerson each scored goals as Thomas Tuchel’s side earned a 2-0 second-leg victory at Stamford Bridge. The Premier League side advanced by a 3-0 aggregate scoreline, joining fellow English clubs Manchester City and Liverpool in the final eight.

Ziyech started on the right wing for Chelsea and delivered the opening goal in the 34th minute. Timo Werner’s cross from the left wing was squeezed home by Ziyech, who put Chelsea in firm control of advancing.

Atletico Madrid’s comeback hopes took a blow in the 81st minute as Stefan Savic was sent off for violent conduct towards Antonio Rudiger. The Serbian defender swung an elbow, which hit Rudiger in the chest on a corner kick, and had to take the lonely walk down the tunnel with a handful of minutes remaining.

Christian Pulisic came off the bench for Chelsea earlier in the half and helped set up the second and final goal of the match. The U.S. Men’s National Team midfielder drove upfield before laying a ball across Atletico’s box, allowing Emerson to slide a shot past Jan Oblak.

Pulisic sets up Emerson who scores 30 seconds after coming on. 💥 pic.twitter.com/AybxXkf1Nq

Edouard Mendy made four saves to preserve the clean sheet as Chelsea return to the quarterfinals for the final time since 2014.

Bayern Munich didn’t need much to eliminate Lazio in its second leg showdown at the Allianz Arena, scoring twice in a 2-1 second-leg triumph in Germany

Robert Lewandowski and Eric Maxim Choupo-Moting scored as Hansi Flick’s side advanced back to the quarterfinals after a 6-2 aggregate scoreline against their Serie A opponents. Lewandowski struck first in the 33rd minute, scoring from the penalty spot after Leon Goretzka was fouled in the box by Francesco Acerbi.

Robert Lewandowski scores his 39th goal of the season. 💥 pic.twitter.com/g6rLfsIpyT

The Polish forward made no mistake as he sent Pepe Reina the opposite way.

Choupo-Moting added a goal for good measure in the 73rd minute, chipping a shot past Reina and into the bottom-right corner. Joshua Kimmich and David Alaba connected on the build-up play, but it was the forward who delivered a cool finish.

The pass from Kimmich 🔥

Marco Parolo’s consolation goal gave Lazio something to cheer about in the dying stages of the match, but it was Bayern Munich that advanced to the next round.

Here are the eight teams that qualified for the quarterfinal draw on Friday: