USMNT ready to take on different type of foe in friendly vs. Northern Ireland 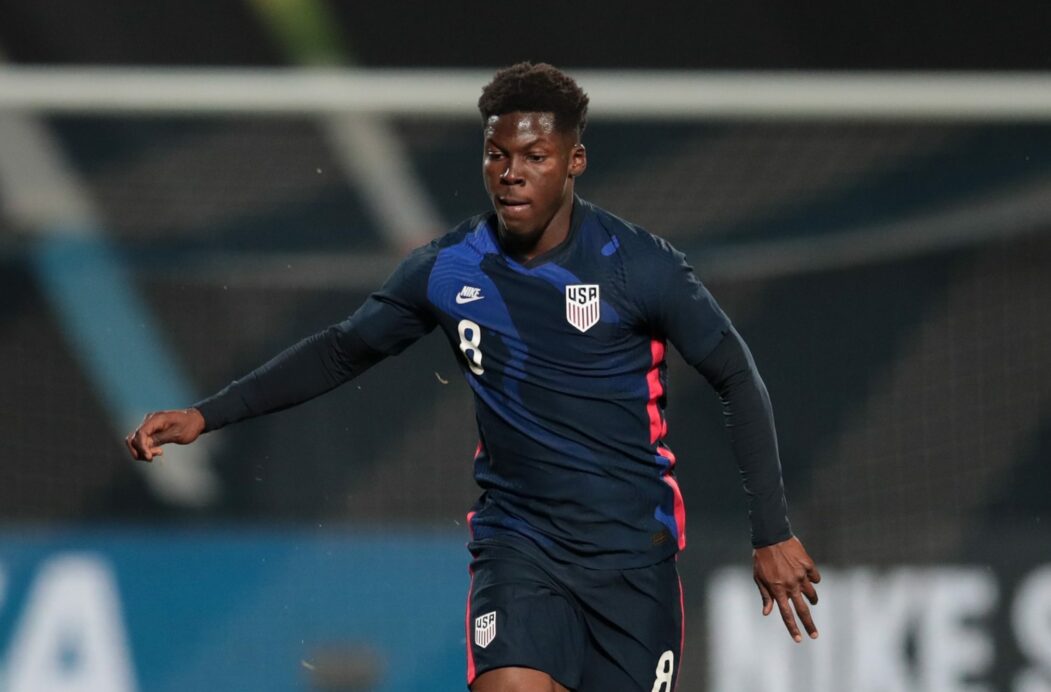 The U.S. Men’s National Team has sent a clear message to Concacaf nations in recent friendlies. Now it hopes to do the same to a European side.

Even if the Americans do not plan to be at full strength.

The USMNT is set to wrap up its March training camp on Sunday with a friendly away to Northern Ireland, and Gregg Berhalter’s side is looking to use the game in Belfast to continue its recent good run of form with another victory. The Americans have gone a perfect 4-0 in their last few exhibition matches, impressively winning by a combined score of 23-3, but all those games have come against regional opposition.

This time they will face a different type of foe, and are looking to do so without a first-choice starting lineup.

“We are certainly going to use this game to look at some new faces,” said USMNT head coach Gregg Berhalter. “I think we need to do that. We need to have a really good evaluation of all the players before we go into this busy year.”

There are more important games like World Cup Qualifiers on the horizon, but right now the focus for the USMNT is on trying to make the most of this fixture. Not only do the Americans want to further fine-tune things from the run of play following Thursday’s 4-1 win over Jamaica, but they want to do so by giving extended looks to newcomers like forwards Daryl Dike and Jordan Siebatcheu.

Still, the idea is to try and continue to dictate the tempo vs. an opponent that will present different obstacles in the midsts of its World Cup Qualifying campaign.

“It will be a big challenge for us,” said Berhalter. “It is a very physical team with height and strength and aggressiveness. They are disappointed in their World Cup Qualifying game against Italy (on Thursday), but you see the second half. They really put pressure on Italy, really aggressive moving forward.

“… Overall we think it is a good team because of their organization. Very compact, they play a 5-3-2, very difficult to break down, and it is going to present a number of challenges for us.”

Whether Northern Ireland opts to come out looking to go toe-to-toe or sit back in a defensive shell is unclear, but nonetheless the Americans are eager for the opportunity to play the European nation. The USMNT has routed its last four opponents — Panama, El Salvador, Trinidad & Tobago, and Jamaica — and wants to further gauge where things stands ahead of the more meaningful affairs that are to come in 2021.

“Each country has their own little style of soccer and it is going to be a test for us,” said USMNT goalkeeper Zack Steffen. “It is something we have not seen in a little bit, and I think the guys are excited to play a non-Concacaf team. I know our coaching staff is really excited for this test and just kind of get out of our region.”

Exactly who will play and for how long for the Americans is uncertain. Berhalter said Saturday that all the players in camp are available and ready to play with no limitations from the start of the game, but added that he plans to manage minutes of veterans like Aaron Long, Sebastian Lletget, and Kellyn Acosta.

That will open the door for other players to make an impression, much in the same way that has been done in recent friendlies vs. Concacaf opponents.

“The last couple of games, we are putting teams away and really sending a message to them that, “Listen, we are here,” said USMNT centerback Tim Ream. “With the style and the pressing and the way that we are playing, teams are going to have a hard time. That is the message we are trying to send from minute one to minute 90.”