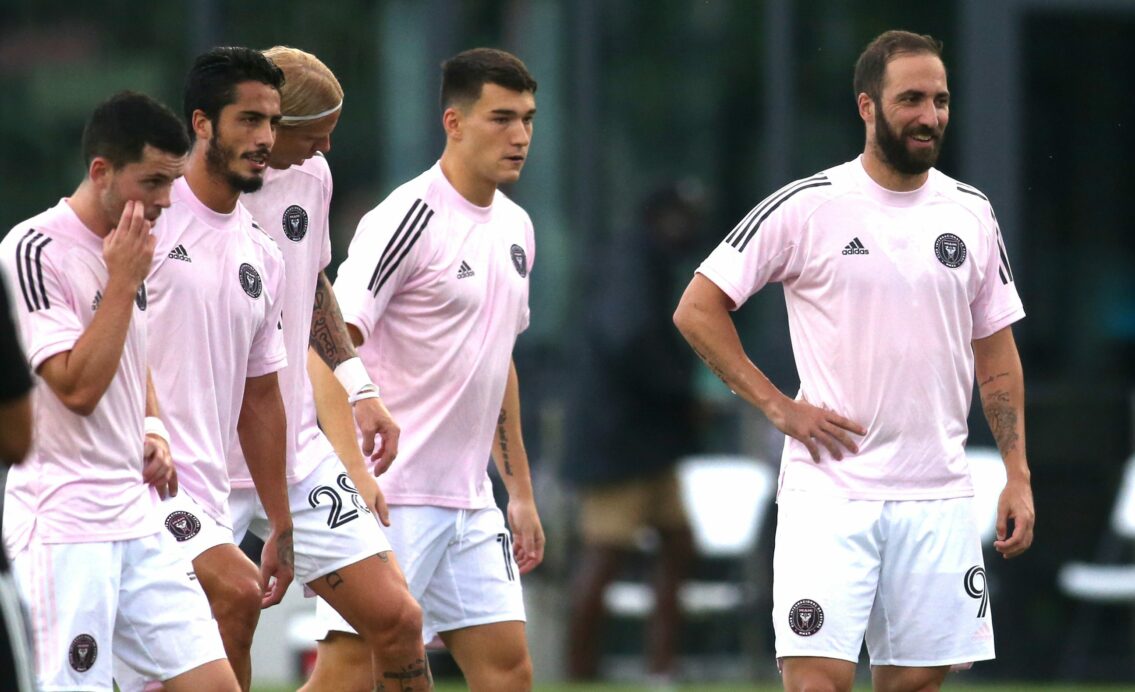 While the FIFA international window went into full swing last week, Inter Miami made a couple of roster additions that bolstered the squad ahead of the upcoming season.

Just where they fit in the puzzle that is Phil Neville’s starting lineup is a mystery, however. It all is actually.

Inter Miami is in the fourth week of preseason and only 19 days separate the team from its season opener at home against the LA Galaxy. The Herons are heading into that match with a new head coach in Neville, who has much to consider with regards to the first XI he wants to field in his debut MLS game.

For instance, Neville should have all but two of Inter Miami’s signed players at his disposal. Still, not all of them — including offseason acquisitions Ryan Shawcross, Gregore, and Joevin Jones — will have had a proper and full preseason with the team.

With that being the case and with Inter Miami opting for secrecy during all of its preseason friendlies, clues as to what lineup Neville is considering have been hard to come by. All that is essentially known right now is that the 4-2-3-1 formation was under consideration at one point, and that the Englishman wants his team to keep possession and high press.

Keeping that in mind, here are few starting lineups we could see from Inter Miami in 2021, including in that clash with the Galaxy:

If this lineup largely resembles some of the ones used in 2020, it is because almost all the recent veteran acquisitions will have not been with the team for very long by the time the season opener rolls around.

Brazilian defensive midfielder Gregore only just arrived in South Florida and has to quarantine an unknown amount of days before he can train. The latest on centerback Ryan Shawcross’ visa situation is unclear. Joevin Jones and Kelvin Leerdam both played for their respective national teams over the last few days and have yet to join up with the MLS side. Kieran Gibbs will not play until the summer.

It is possible Neville ignores those details and fields some of the newcomers given their qualities, but the relative lack of familiarity those players will have with their teammates and his tactics could force him to go with a group that has more chemistry vs. the Galaxy. What’s more, he will probably not want to risk fielding options that are not 90-minutes fit.

The big surprise here would be Robbie Robinson as the left midfielder, but Neville has raved about the second-year pro’s potential and said Robinson can play there. Brek Shea and Matias Pellegrini could also be options for that spot, but look for Shea to start at left back while Pellegrini comes off the bench.

Things are fairly straight forward elsewhere. Nicolas Figal and Leandro Gonzalez Pirez form the centerback tandem, Dylan Nealis gets the nod at right back, Victor Ulloa takes up the No. 6 spot, and the foursome of Gonzalo Higuain, Rodolfo Pizarro, Blaise Matuidi, and Lewis Morgan all taking up their usual spots. John McCarthy is the sure bet to start in goal.

Once Neville has all the weapons on the present roster at optimum fitness levels and match sharpness, this is probably lineup he envisions fielding.

Shawcross will likely be preferred as Gonzalez Pirez’s partner over Nicolas Figal, who can also play right back but is not a natural fit there. Kelvin Leerdam figures to take that spot on the outside of the defense from Nealis while McCarthy remains in between the pipes.

At left back, Shea should remain the preferred option. Jones may be better suited for and more experienced at that spot, but the fact that Inter Miami noted the Trinidad & Tobago international can play in the midfield during his signing announcement seemed to hint at the possibility of him taking up a more advanced position on the left flank somewhat regularly. The inexperienced Robinson is dropped from the XI as a result.

Further up the field on the first midfield line, Gregore should displace the serviceable but limited Ulloa and slot in next to Blaise Matuidi. The second line in the center of the park would then see Pizarro deployed as the No. 10, Morgan on the right, and the aforementioned Jones on the opposite wing. Higuain remains the preferred option at striker.

How might things change come summer time? The addition of Gibbs gives Inter Miami a new starter at left back, meaning Shea is likely sent to the bench to take up a substitute role.

The rest of the group would probably stay mostly if not entirely the same, though health and form would obviously dictate that in addition to any midseason moves.

Now what XI would SBI Soccer go with at this point in the season if it had the final say? Mostly the same one, though Figal would get swapped in for Shawcross given the former’s quality with the ball at his feet and the latter’s injury history and overall lack of playing time in recent years.