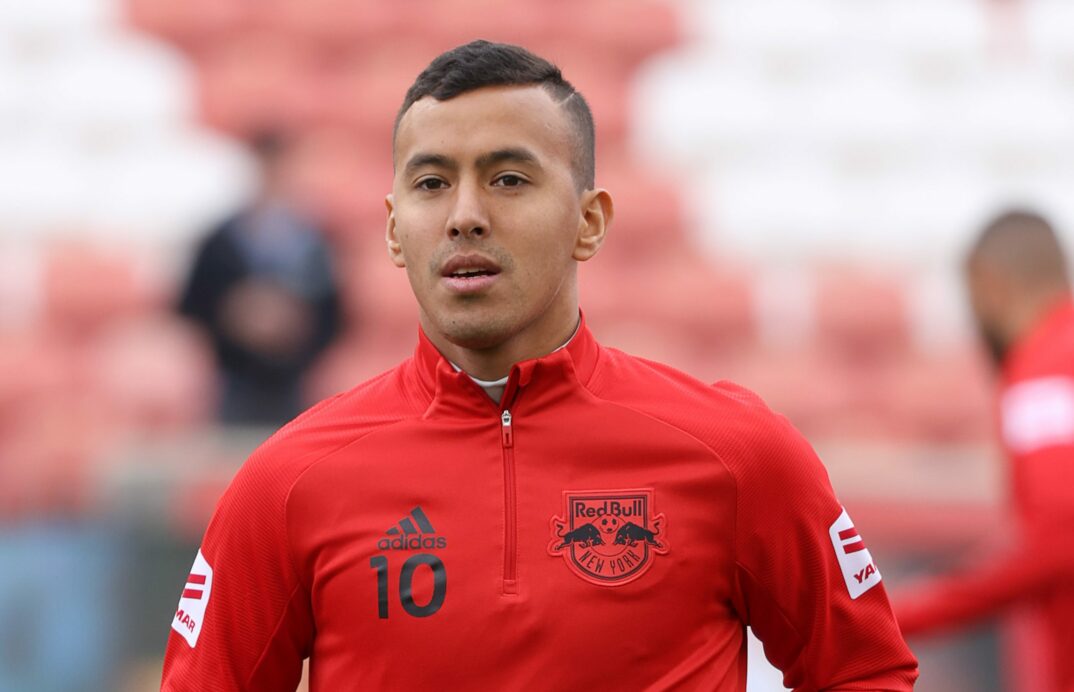 The transfer saga involving Alejandro ‘Kaku’ Romero Gamarra just moved one step closer to a resolution, and it did so in favor of both the New York Red Bulls and Major League Soccer.

The Red Bulls announced on Saturday afternoon that an arbitrator has ruled that Kaku still has an existing contract with MLS, though the team did not specify which arbitrator made that determination. The development means the attacking midfielder may have to return to the league or that Saudi Arabian club Al-Taawoun has to pay a transfer fee to keep him on its books. He can also try and appeal the decision.

Kaku left the Red Bulls to join Al-Taawoun this past winter under messy circumstances, citing that he was a free agent since he was not given proper notification of the Red Bulls picking up his player option for 2021. The MLS side argued that it had, something that the recent ruling has backed.

“We are pleased with the arbitrator’s finding that MLS’s unilateral option was effectively exercised by New York Red Bulls Sporting Director, Denis Hamlett, and that a valid contract exists between Kaku and Major League Soccer through December 31, 2021,” said the Red Bulls in a written statement. “With this decision, we now look forward to seeking further resolution, and will provide updates when appropriate during that process.”

The 26-year-old Kaku has been a lineup regular since joining Al-Taawoun in February. He has made six starts in as many appearances, scoring three goals. Kaku also delivered an assist in his debut.

The Paraguayan international signed with the Red Bulls in 2018, but his three-year stay with the team has been a bit tumultuous. He and his agent publicly tried to force a move to Liga MX outfit Club America in 2019 and later that year he was suspended by MLS for a few games after kicking a ball into the stands and hitting a fan in the face.

In MLS, Kaku has made 63 league starts in 72 appearances. He has scored 13 times in those matches while dishing out 17 assists. He finished the 2020 campaign with two goals and three assists in 16 games played.