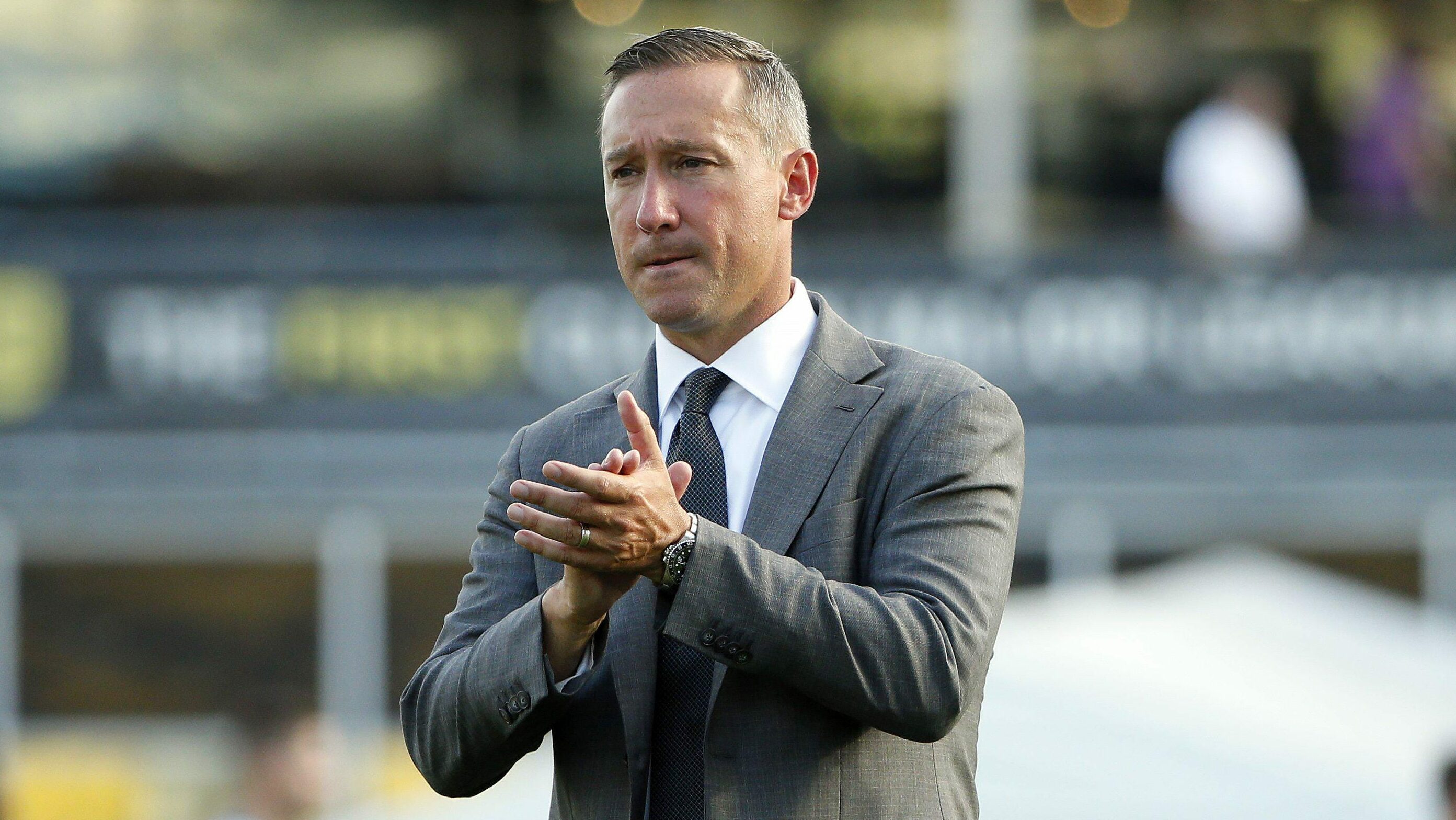 There was plenty of drama on display in the Columbus Crew’s CONCACAF Champions League matchup with Monterrey on Wednesday night, and head coach Caleb Porter was left enraged by several of the events that led up to his team having to settle for a 2-2 draw.

The game itself was chaotic and emotional. Columbus pulled ahead in the 87th minute but ultimately let a stoppage-time equalizer in. Now, the team will need to make up for two away goals in the second leg, which is no easy task.

In Porter’s mind, Wednesday’s result would probably be digestible if the Crew hadn’t been on the disappointing end of some major officiating decisions.

Porter made his position clear in a scathing rant during his postgame press conference.

“I know everybody hates it when coaches talk about officials, but it’s a joke.” He said. “It’s a joke.”

Columbus’ long night began with conceding a goal in the ninth minute and it came before the game any rhythm to it. Then, star midfielder Lucas Zelarayán was issued a yellow card in the 12th minute on a fairly innocuous play, which rules him out of the second leg in Mexico.

The second example Porter cited was a 35th-minute collision between striker Gyasi Zardes and Monterrey goalkeeper Luis Cárdenas. Zardes came into the box on the break, and there was some hard contact that could have resulted in a penalty, had it been reviewed.

“Somebody explain to me how Gyasi’s play, where he gets cleaned out by the keeper is not a penalty kick, and not even reviewed..”

A play that was reviewed went against the Crew late in the game is also up for debate.

Bradley Wright-Phillips looked to have scored a game-winning goal in the 73rd minute after coming on in substitution, but it was waved off after VAR determined that Josh Williams was offside in the assist.

“How is that clear and obvious overturned offsides?,” Porter asked. “I watched it. Every angle. I paused it, I stopped it. I always try to be objective in these moments. It’s not off. How do they overturn that call?”

Coming into the game, Porter was not thrilled with the selection of the video assistant referee to begin with.

“It’s tainted by a VAR last-minute decision thrown out there, not organized clearly, you have a guy in the booth that’s never worked with the officiating crew. I knew right when they said that it was going to be thrown together last minute, it was going to be a disaster. How can they do that?” Porter said. “Shame on CONCACAF for that. That is absolutely ridiculous.”

On a normal day, the less you talk about officiating is usually commensurate with the fairness of a game. Objectively, Wednesday’s game could have been managed better and the Crew’s CCL dreams could be a casualty of it.

“I’ve watched this league for years and years and years, and everybody talks about how no American team has beaten a Liga MX team to win the tournament. Blah, blah, blah, why don’t they get the freaking officiating sorted out?

“You’ve got good teams competing in a tournament,” Porter said. “Why don’t they get the officiating sorted out? It’s a joke.”