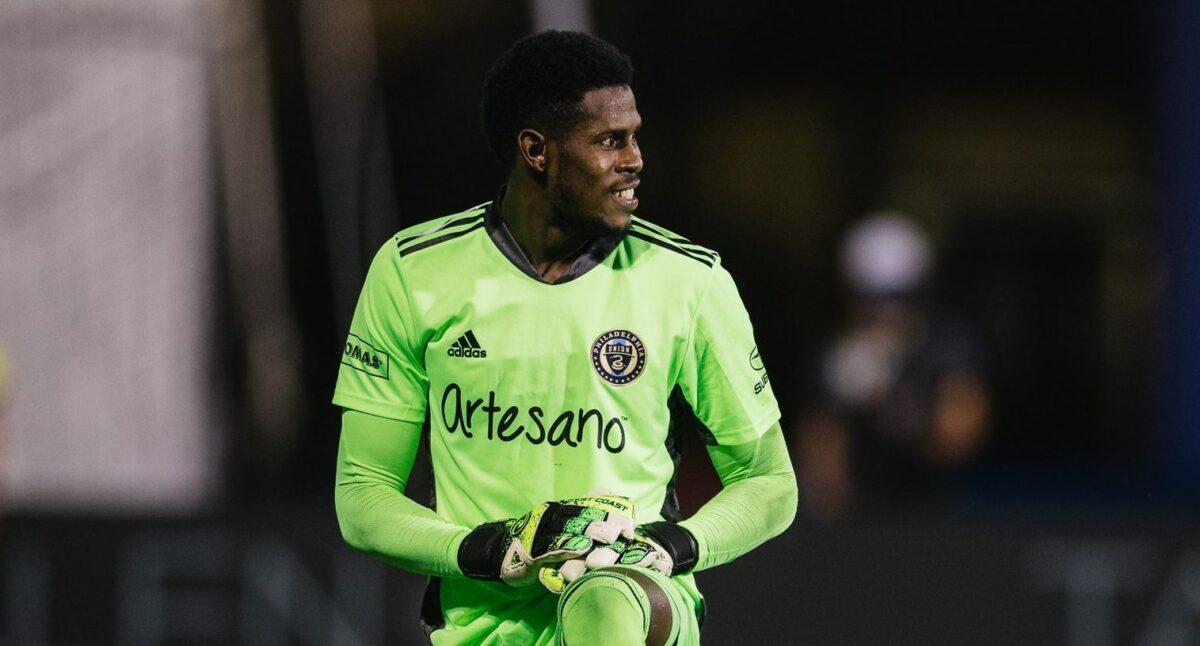 Atlanta United had won all of its home matches in Concacaf Champions League play coming into Tuesday night’s showdown with the Philadelphia Union, but Jim Curtin’s side had other ideas in his team’s CCL quarterfinal road game.

Andre Blake delivered a stunning, seven-save performance, keeping the Union in the match despite Atlanta United’s early domination. The Union eventually punished Atlanta’s wastefulness, scoring three second-half goals, burning the home team at Mercedes-Benz Stadium on the counterattack on the way to a 3-0 romp in their CCL quarterfinal first leg.

Blake was up to the task in the first half, making five saves and denying Gabriel Heinze’s side on multiple occasions with jaw-dropping stops. The Jamaican international kept Josef Martinez at bay from close range while also denying Emerson Hyndman’s long-range half volley.

Atlanta United continued to pressure early in the second half, and came close again to breaking the deadlock. Santiago Sosa’s curler from outside of the box rattled the crossbar and kept the Union on the back foot.

However, a defensive lapse by the Five Stripes off a corner kick saw the Union take a major step toward victory. Kai Wagner’s corner eventually fell to a wide open Przybylko, who tapped in his third goal of the competition.

Przybyłko was at it again not long after, delivering the final blow of the match for his second goal of the match. Leon Flach’s strong run down the left wing eventually saw the midfielder play a pass to an open Przybylko, who curled a shot into the bottom-left corner.

A late push from the Five Stripes to grab a goal left them open at the back and the Union made them pay once again. Przybylko laid off a pass for an open Anthony Fontana on a 2-on-1 opportunity, who scored his second goal of the tournament.

The only blemish on the night for the Union was Jose Martinez’s first-half yellow card, which will see him miss the second leg match at Subaru Park on May 4th.

The top team in Liga MX showed why it’s a first-place team, rolling over Toronto FC on the way to a convincing first-leg quarterfinal victory in their Tuesday night opener at Raymond James Stadium in Tampa, Florida.

A third-minute wonder goal from Bryan Angulo set the early tone for the Mexican leaders, and while TFC did earn an equalizer through Jonathan Osorio in the 20th minute, it was Cruz Azul that always looked like the team more likely to finish with a win.

Angulo notched his second goal in the 34th minute, while Pablo Aguilar secured the final tally with a 58th-minute strike to give Cruz Azul a 3-1 advantage heading back to Mexico City for the second leg.

TFC trotted out a strong team for the first leg, with reigning MLS MVP Alejandro Pozuelo the most notable absence for Chris Armas’ side, but Michael Bradley, Jozy Altidore and Omar Gonzalez made up the veteran core of a team that still managed to play even with Cruz Azul through the first third of the match, before the visiting team’s quality broke through.

TFC will travel to Mexico City for the second leg on May 4 needing a three-goal victory to overturn the first-leg deficit, or a 3-1 win to force extra time. No easy task against a Cruz Azul side that hasn’t lost since January, and hasn’t suffered a multi-goal defeat since December.