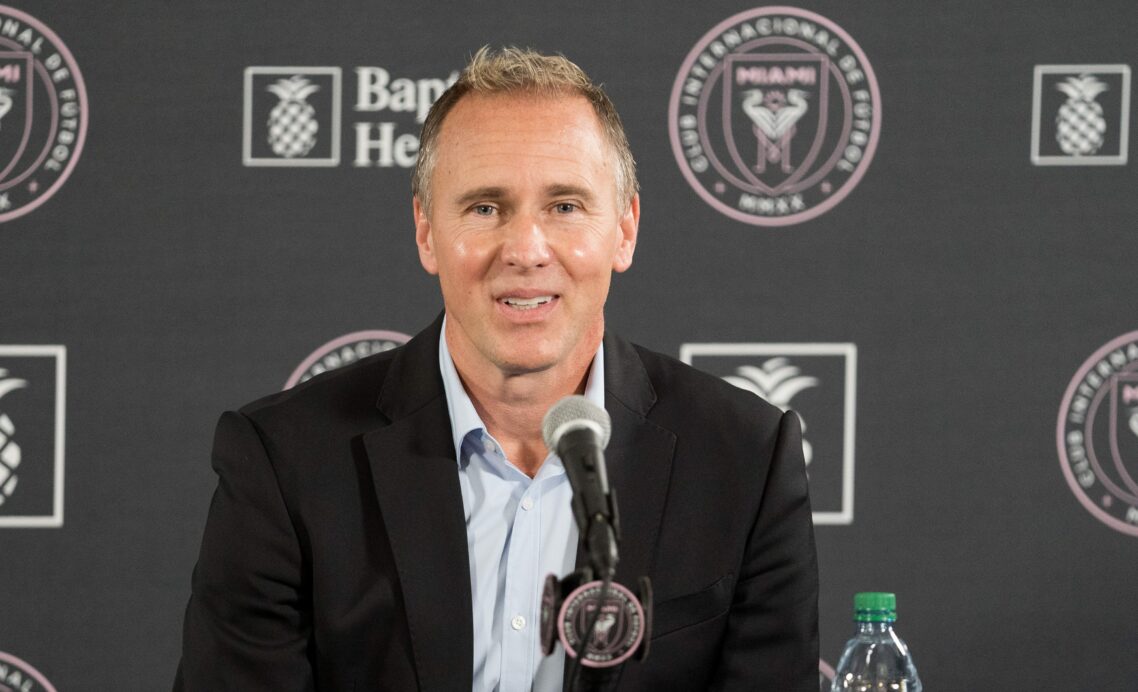 It is safe to say that Inter Miami is not heading into the 2021 season under ideal circumstances.

Inter Miami is in fifth week of its preseason preparations, but the team has played only one friendly in that span. Sporting director Chris Henderson confirmed on Tuesday that the reason for the cancelations and postponement of four of the five exhibitions games that had previously been scheduled were due to positive COVID-19 cases popping up in the squad and in those of the opposition.

That development has left Herons with precious few opportunities to work up fitness and try out tactics against different sides.

“It is obviously challenging for us to prepare for a season this way,” said sporting director Chris Henderson on Tuesday. “You cannot just schedule the games you want and everything is going to work the way you want. We have tried to make the best of the situation.

“I think there will be plenty of teams in the league who are going to be figuring things out and what their team really looks like one, two months into the season. Not ideal from a preparation standpoint.”

Second dose to be administered to the squad in the coming weeks.#InterMiamiCF pic.twitter.com/fokvFaKFJj

Henderson also confirmed that Inter Miami — whose players received their first shots of COVID-19 vaccinations on Monday — called off its recent trip to Bradenton, Florida, because of positive cases that arose both on the roster and in the staff. Three scheduled friendlies vs. the Charleston Battery, New York Red Bulls, and Nashville SC were abandoned as a result.

The good news for the South Florida side is that it has scheduled three different exhibitions for the coming days. Inter Miami will face cross-town foe Miami FC on Wednesday before playing two games on Sunday vs. the USL Championship side and Toronto FC.

“We had a (March 20) game planned against Inter Miami and we had to reschedule,” Miami FC head coach Paul Daglish told SBI. “I think the fact that (Inter Miami head coach Phil Neville) and I have a decent relationship, we just tried to help each other out and get some game time.”

Another issue Inter Miami is facing ahead of the upcoming campaign is getting roster compliant. The Herons currently have four Designated Players on the squad, one more than is allowed per MLS rules, and need to figure out a way to reduce that number.

Blaise Matuidi is now a DP after arriving midseason in 2020 as a Targeted Allocation Money signing. He joins Gonzalo Higuain, Rodolfo Pizarro, and Matias Pellegrini as players currently under that classification on the Inter Miami roster.

Henderson had said in February that Inter Miami was waiting to hear back from MLS as to what it can do with the roster, which possibly means that the team was and is hoping that the 21-year-old Pellegrini can shed his DP tag by being moved to the new Under-22 initiative that is being introduced this season.

No answers have yet been provided, though.

“We are still waiting for some decisions at the league level,” said Henderson. “We have four DPs at the moment, so that is a work in progress. Roster compliance is next week so we need to work on things and we are continuing to work on things to get compliant.”

As for Matuidi and Major League Soccer’s investigation into his acquisition, Henderson said Tuesday there is still no update despite Neville saying on March 8 that a resolution could come in 5-7 days.

“Nothing new on the Matuidi investigation,” said Henderson. “We are waiting. It is in the league’s hands at this moment. I do not have anything really to report. We are just kind of wait and see.”

HERONS searching for another goalkeeper

Inter Miami has three goalkeepers on its roster, but the team wants another.

The Herons have been linked with a few netminders this offseason, including most recently Dutch veteran Nick Marsman of Feyenoord, and Henderson confirmed on Tuesday that the team is in the market to add another player that can play between the pipes.

John McCarthy currently stands to be the No. 1 for the upcoming season, but that could change if another goalkeeper is added.

Here are other team news and notes: