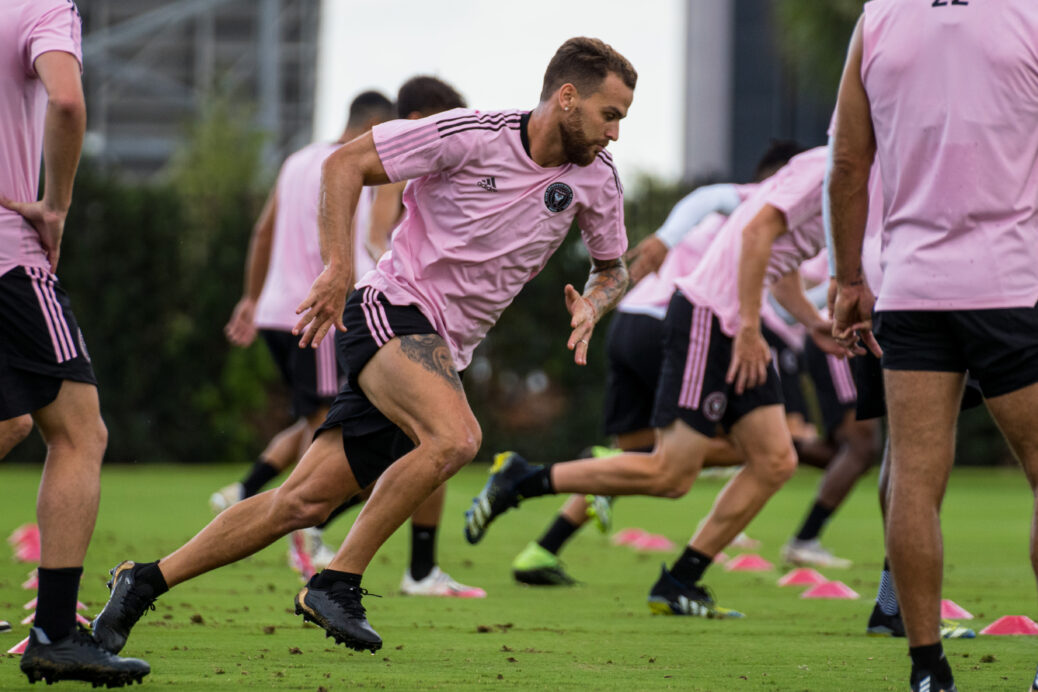 Inter Miami was not at peak fitness for its season opener this past weekend, and that will again be the case for the first road game of the year.

Inter Miami is set to play away from home for the first time in the 2021 MLS season on Saturday night when the team takes on the Philadelphia Union at Subaru Park in Chester, Pennsylvania. The South Florida side heads into the Eastern Conference tilt searching for a bounce-back result after dropping the campaign opener vs. the LA Galaxy by a 3-2 mark this past Sunday, but will need to overcome ongoing fitness issues in order to find it.

“You think in the next three or four games we are not going to be fully at 100 percent. That is not an excuse. That is fact,” said Inter Miami head coach Phil Neville on Thursday. “We are probably four games behind Philadelphia in terms of level of games that they have been playing at and the games that they have had preseason. It is the reason why we organized the friendly game (vs. Miami FC) on Monday night: to make sure we are getting and pushing all our players to the levels that we want to.”

Inter Miami has said since preseason that it wants to be a high-pressing and possession-based team, but it was neither in the loss against the Galaxy. The Herons rarely tried to win the ball in advanced areas and finished with just 33 percent of it. The team still produced in the attack, especially in transition, but a lack of fitness seemed to play a part in the struggles.

How Inter Miami goes about trying to better overcome that will likely be a key to both defeating the Union and picking up the first win of the season.

HIGUAIN HEADS BACK TO PHILADELPHIA

One subplot heading into Saturday’s showdown is that it will mark the return of Gonzalo Higuain to Subaru Park, the site of his eventful MLS debut.

Higuain played his first game in the league and for Inter Miami in September of last season, and a notable development from that game vs. the Union was his missed penalty in the second half. Higuain shot wide of the frame on his attempt from 12 yards out in the 77th minute, leading to the Union players celebrating around him and an ensuing skirmish.

Fresh off a season-opening showing in which he scored off a penalty and delivered an assist, Higuain now returns to Philadelphia with a shot at redemption.

“I think he knows full well that the only way he can answer that kind of retribution is by sticking the ball in the back of the net,” said Neville. “That is what we want from him in every single game this season, and if he is not scoring (then we want him) setting up chances like he did last week for Robbie Robinson.”

If there is a local example for Inter Miami’s USL and academy players to aspire to be like right now, it just might be Sami Guediri.

The Boca Raton, Florida native signed a first-team deal with the Herons late last week and then made his MLS debut this past Sunday by coming off the bench late vs. the Galaxy. Guediri’s cameo made the left back the first former player of USL League One side Fort Lauderdale CF to play in a Major League Soccer match, an accomplishment that others in the Inter Miami pipeline can also aspire to achieve.

“If one of us can do it, I think it shows that anyone can do it,” said Guediri. “As long as the kids from the academy into the USL see that there is a chance, I think it gives them something to work for. As you can see if the club is promoting it, if the kids have something that they feel they can reach, it makes it all that easier to work hard and put in the effort for that end goal.”