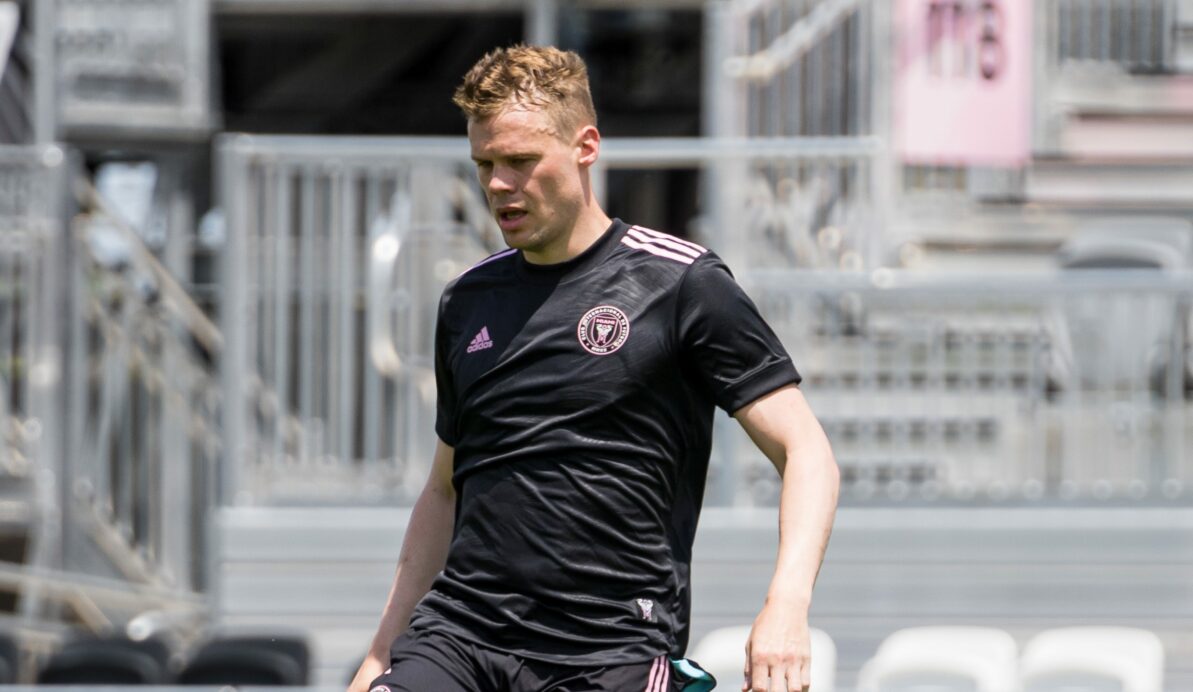 Ryan Shawcross could have chosen retirement. He even contemplated it.

Ultimately, however, Inter Miami came calling with an offer that was too good to pass up on.

Shawcross is fresh off of making his MLS debut with Inter Miami, serving as a late-game substitute in the team’s recent come-from-behind victory over the Philadelphia Union. The 11-minute cameo the English centerback enjoyed not only marked his first appearance with the Herons, but also his first in league play since Dec. 8.

Playing time at his old team, Stoke City, had become hard to earn in recent years in large part due to a series of injuries Shawcross suffered, leaving him to consider whether it was time to hang up his cleats for good. Going into coaching was something he thought about, but then Inter Miami came calling with an intriguing proposition.

“I wanted to continue playing and it was whether or not there was an option there for me to continue,” said Shawcross. “Inter Miami offered me this amazing opportunity to come over here. As soon as that came up, I jumped on it.”

Boasting an imposing presence at 6-foot-3, Shawcross has given the Herons a a bigger and more seasoned back line option in place of the promising but inexperienced Andres Reyes. Inter Miami head coach Phil Neville admittedly preferred adding a more battle-tested central defender to the roster this year, and that opened the door for Reyes’ departure to the New York Red Bulls and Shawcross’ ensuing arrival.

“The thing with Ryan was from the very first moment that we spoke to him, (there was) the need to be challenged, the need to be taken out of his comfort zone, the need for his career to continue on that great path that it has been,” said Neville. “Going down to the second division in the English football league was not something that he wanted to do. He wanted something that would really challenge him.

“What I think he has got here at Inter Miami is an incredible challenge to be successful and to get into the team.”

Another thing that helped the 33-year-old Shawcross land in South Florida was the relative familiarity he and Neville had with one one another.

The two compatriots had previously been at Manchester United at the same time — though Neville was with the first team while Shawcross was with the youth side — and they faced off against one another at different times later on in their careers while Neville was still a player.

“Obviously as soon as Phil got the job, it is a big plus for me because I obviously have come across him in the past,” said Shawcross. “I know what he is about, I know how well he has done as assistant at Man United and then in the England women’s role.

“It was a huge pull for me that he was here, but there was so many different reasons I came out here. Obviously the David Beckham factor, the Inter Miami factor, how big of a club it is, and how it is going places. There are many factors, but obviously the manager having knowledge of me and my knowledge of him has helped the situation massively.”

While Shawcross is happy with his move to Inter Miami, he is still in the midst of his adaptation period after spending more than a decade with Stoke City. The veteran defender has already experienced the different climates that exist in MLS markets, and is still working on gaining chemistry with his new teammates.

The former long-time Potters captain is also trying to get back to his best after spending much of the last two years on the sidelines — a spell of inactivity that began with a broken left fibula suffered in a preseason game.

“I had a long time out, I obviously have been injured, but I feel like the club has handled it really well,” said Shawcross. “I have not been thrown in straight away. It has been a slow build-up. I have had three, four weeks of training, so it is going to be a real good chance to acclimatize and get ready to the conditions and also to build up my fitness.

If Shawcross can remain healthy this season and return to a good level, Inter Miami will have three formidable starting centerback options. Nicolas Figal and Leandro Gonzalez Pirez have made up the starting tandem in the middle of the defense thus far, and both have shown good things through the team’s first two matches.

Shawcross figures to push them for minutes, though. After all, his career is not done just yet.

“I have loved every minute of (being with Inter Miami),” said Shawcross. “It has been a completely different experience for me and my family. We have all moved out here. Loving the weather. It is a massive change from the cold, wet Stoke. Loving the facilities. Loving being in and around the team.