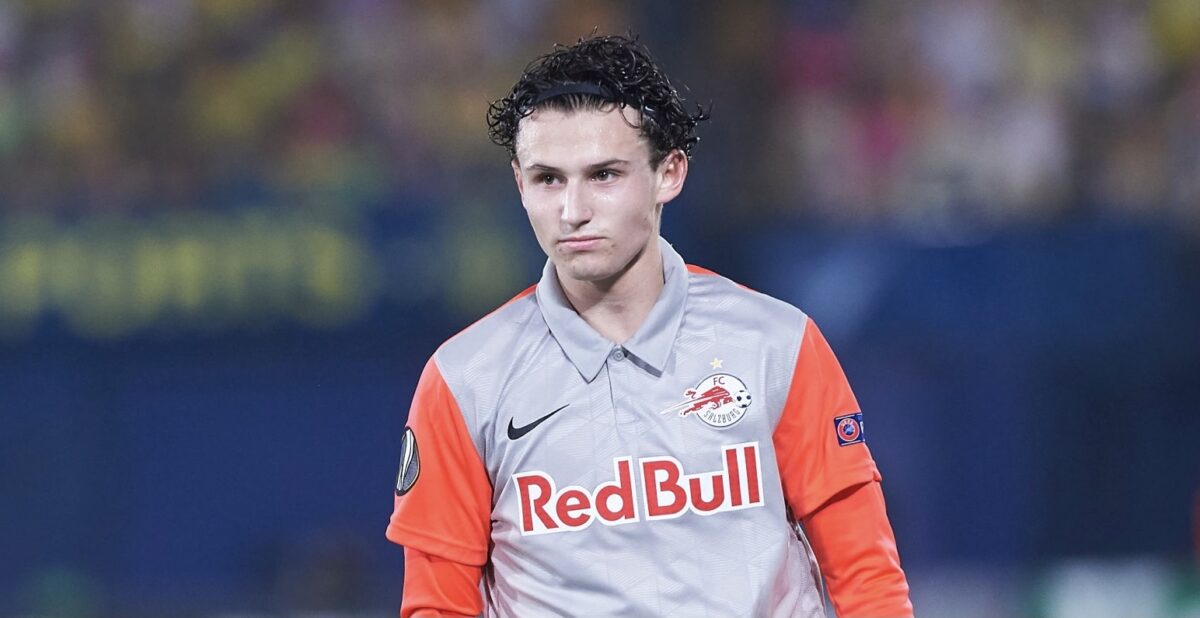 Brenden Aaronson has played a vital role in the Red Bull Salzburg midfield this season and the American delivered his biggest goal to date in Saturday’s Austrian Cup Final.

Aaronson got the start for Jesse Marsch’s side against LASK and scored the second goal in a 2-0 triumph. Red Bull Salzburg claimed its third-straight Austrian Cup title, which is also the second-in-a-row for Marsch as manager.

Mergim Berisha broke the deadlock in the 45th minute for the current league leaders, helping set the tone for Aaronson’s insurance strike in the second-half. Red Bull Salzburg hit LASK on the counter on several occasions after halftime and Aaronson made them pay with a sweet strike into the top corner.

Aaronson was picked out with a pass just outside of the LASK box, before curling a right-footed effort into the top corner for his fifth goal of the season and his second in the competition.

Enock Mwepu added further insurance to the result in the 88th minute, sealing a 3-0 victory for Red Bull Salzburg in Klagenfurt.

Aaronson became the first USMNT player to win the Austrian Cup while Marsch has now lifted three domestic trophies in his time as manager. Both players will have the chance to lift the league title later in May, leading Rapid Vienna by six points with four matches left to play.

The former Philadelphia Union Homegrown Player has continued to impress in his time in Austria and could have a say in the final weeks of the league season for Red Bull Salzburg.

Up next for Red Bull Salzburg is a trip to Sturm Graz before a home date with Rapid Vienna on May 12th.