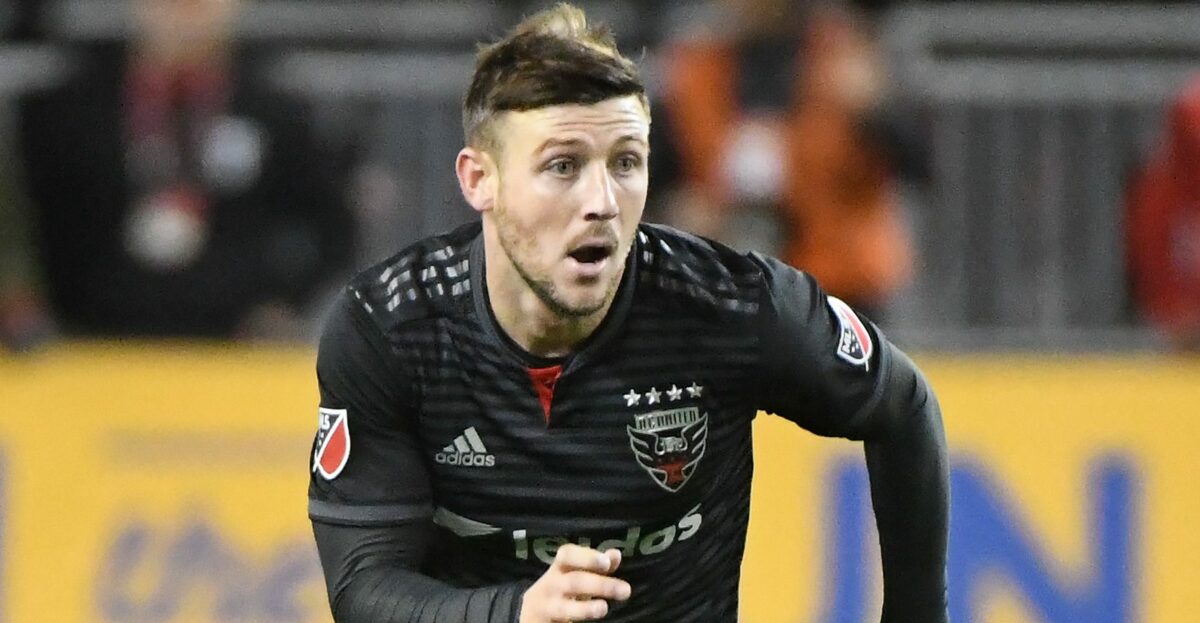 Paul Arriola hasn’t dressed in a competitive match for D.C. United in more than six months, but could be back in action for the MLS club on Thursday after a long wait on the sidelines.

Arriola is set to dress for Hernan Losada’s side for a league match with the Chicago Fire at Audi Field on Thursday evening. After missing majority of the 2020 MLS season due to a torn ACL, Arriola returned to play in the regular season finale against the then-Montreal Impact.

Since then, Arriola went on a loan stint to EFL Championship side Swansea City in January, but a quadriceps injury ended his stay prematurely and forced him back to the United States. Now, after weeks of rest and rehabilitation, Arriola looks set to return to normal for D.C. United.

“[It’s been] so far, so good,” Arriola said in a conference call Tuesday. “It feels great to be back out there. Being in a new system [under a first-year coach] and seeing the way we want to play is exciting and refreshing.”

The U.S. Men’s National Team winger is sorely missed in the final third for D.C. United, which has lost three consecutive matches since a comeback home victory over NYCFC on the opening weekend. Injuries have also forced Losada to truly dip into his bench and even youth set-up to get through some of the recent defeats.

When healthy, Arriola is one of the best wide players in MLS and especially for D.C. United in league play. The 26-year-old contributed six goals or more in both of the 2018 and 2019 MLS campaigns before his serious knee injury caused him to miss ample time in 2020.

After seeing his loan move to Wales end earlier than expected, Arriola is ready to jump back into action.

“It was a rough time. I don’t think people fully understand that,” Arriola said. “It’s tough going in halfway through a season and trying to cope with it, especially coming off an ACL injury. My goal was to get some minutes and continue to train and keep my form. You have to wait for your opportunity, and obviously mine didn’t come because of the injury.

“I’ve learned a lot, and I’m able to share my experience and continue to learn,” Arriola said. “Hopefully I can help the team in any way and help us get some wins. It just feels great to be back.”

D.C. United begins a three-game home stand on Thursday against the Fire before also taking on Orlando City and the Philadelphia Union over the next 10 days.