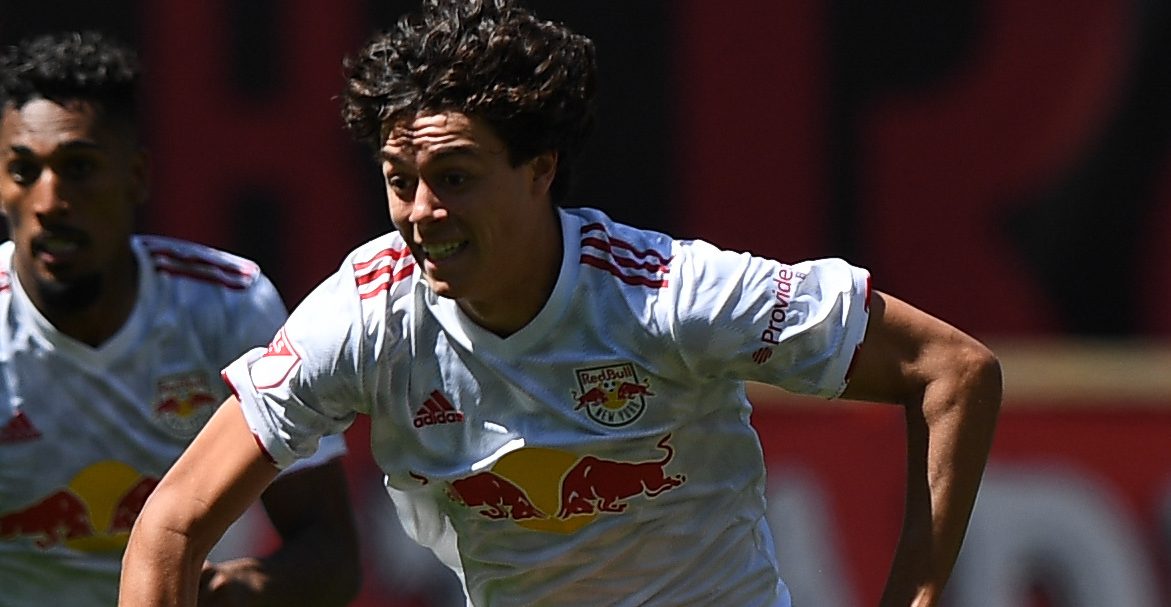 Caden Clark is continuing to become a regular threat for the New York Red Bulls in front of goal and the young midfielder added to his strong start in MLS with his latest finish in Saturday’s 2-0 win against the Chicago Fire.

Clark scored his second goal of the 2021 season, helping the Red Bulls hand head coach Gerhard Struber his first MLS coaching victory. The energetic midfielder continued to start in an attacking role in the Red Bulls 4-2-3-1 formation and delivered another highlight-reel goal.

“I was on the tip of the diamond and I think it’s just my job to get into the box and be an option,” Clark said post match. “I am fortunate enough that the play eventually fell to me again and was happy to get the first win. I think we deserved one in our opening two matches and everyone is happy to build off of this into next week.”

The Red Bulls held a lot of the possession in the opening half on the left side of the field, trying to break down the Fire’s backline and take advantage before the halftime whistle. Although the Red Bulls were outshot 3-to-1 in shots on goal, new signing Fabio rattled the post and gave the Fire a warning shot for what was to come.

Cristian Casseres broke the deadlock one minute into the second half before Clark added the insurance tally in the 64th minute. The 17-year-old raced into the penalty area and volleyed home a loose ball for his second goal of the 2021 season, and fourth goal in his 10th career MLS appearance.

“We hit the post in the opening half and I thought we were playing very nice,” Clark said. “We just made the most of our chances and it showed in the win.”

“Us as players we have to realize where the open spaces are at, where we can get crosses into the box, and make opportunities. First half we did more on the left side of the field and after halftime we had more of the ball on the right side. Coach Struber told us at halftime that the weak side chances would open up and eventually they did.”

Clark showed off his all-around game on Saturday, registering three tackles while also connecting with fellow youngsters Fabio and Frankie Amaya in attack.

Now with three points on the board for the first time in 2021, Clark and his Red Bulls teammates will prepare for two more tough home matches coming up in the next two weeks. First, former head coach Chris Armas leads Toronto FC to Red Bull Arena on Saturday before rivals Philadelphia Union visits on May 15.