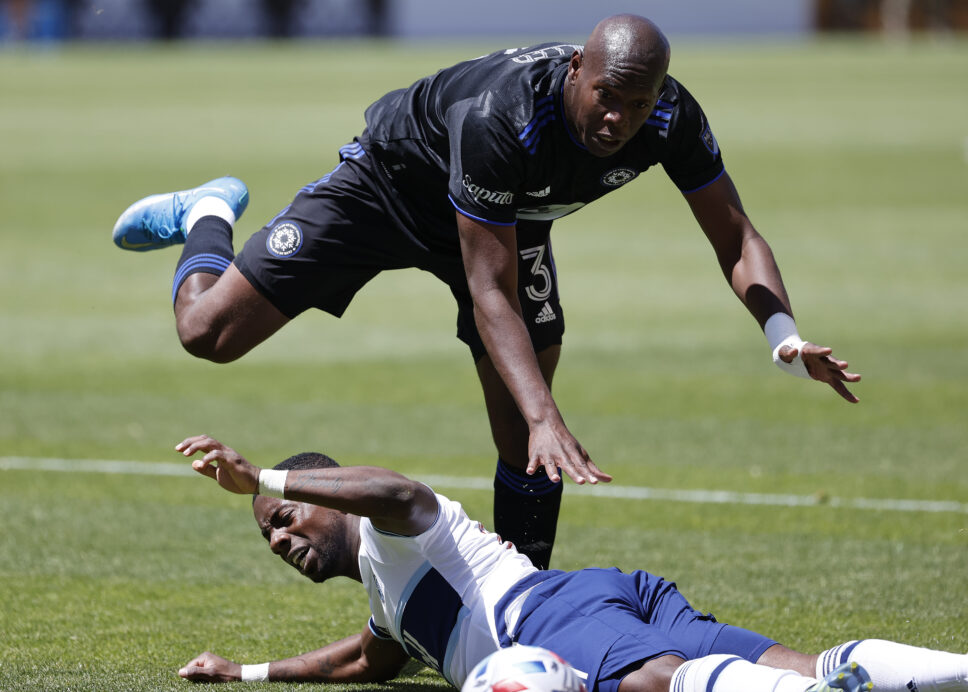 Wilfried Nancy got his first taste of adversity since replacing Thierry Henry at the helm. CF Montréal slumped to its first defeat of the season, firing blanks for the second consecutive game and falling at the hands of the Vancouver Whitecaps.

CF Montréal has struggled in front of goal in recent weeks, picking up just one point of a possible six. Mason Toye started the season in red-hot form, registering two goals, but picked up a knock that has sidelined him from recent action. Nancy, however, is confident that his side’s goalscoring issues will soon come to an end.

“This is a collective situation, this is not only the forwards’ fault,” Nancy said. “Of course I am worried about the lack of goals, but we had chances. For me, this is the most important. We have to be better in front of goal, but I’m confident.”

Nancy has since turned to Bjørn Johnsen in attack, however, the New York native has struggled to get off the mark. Johnsen has largely featured off the bench for the Canadian side and was rewarded with his first start on Saturday against the Whitecaps.

Johnsen will be disappointed that he could not open his account on the season, spurning a golden opportunity in the first half. Former CF Montréal goalkeeper, Max Crepeau, proved to be up to the task thwarting his effort expertly.

“It is not about Mason (Toye), Bjørn (Johnsen), or anyone,” Nancy said. It is about the players in front of the net. They should be able to finish these chances. It’s too early to be losing confidence, there are still a lot of games.”

CF Montréal will be hoping its summer reinforcements can step up ahead of a crucial week, especially as Toye is set to miss out with a thigh injury. Romell Quioto has been unable to replicate last season’s impressive exploits in the early goings of the new year, scoring just one goal in his first four appearances.

The Canadian side has now gone 228 minutes without a goal in MLS action. Much like Nancy, summer arrival Erik Hurtado is not losing sleep over CF Montréal’s two-game goalless streak.

“Calling it a drought is excessive, we have scored six goals in four games. That’s more than a goal a game,” Hurtado said. “We have to find our rhythm. You win some, you lose some, that’s the game. We are confident as a team and have to focus on Miami on Wednesday.”

Zachary Brault-Guillard’s absence was felt on the right-hand side against the Whitecaps, with Clément Bahiya rarely threatening Cristián Gutiérrez. The Canadian international has played an integral role in CF Montréal’s hot start to the season, picking up one goal and one assist in three appearances. Bahiya was subbed off for fellow academy graduate Mathieu Choinière on the hour mark, but the 22-year-old struggled to make an impact.

CF Montréal will have its hands full this week, taking on Inter Miami CF and Atlanta United – two direct competitors in the Eastern Conference. Nancy has used his side’s last two games to experiment in the middle of the park ahead of a crucial stretch, handing Amar Sejdič two consecutive starts.

“I wanted to have more movement in the midfield and play more directly,” Nancy said. “I was very happy with what I saw in the last two games in that respect. Our players lacked options today in possession and it’s something that we have to work on.”

Nancy cited CF Montréal’s grueling trip to Utah as one of the reasons his side started the game slowly but avoided making any excuses. “I’m not taking any credit away from Vancouver, but we made technical errors we are not used to making,” Nancy said. “We were on a flight for four hours and 45 minutes and got up a 3:30 AM. This is not an excuse, but we had trouble getting into the game as a result of this.”

Beyond this side’s offensive woes, CF Montréal once again switched on set pieces. The Canadian side left itself vulnerable once again from dead-ball situations, allowing Cristian Dájome to head home unmarked from a corner to double the Whitecaps’ lead. Luis Binks is yet to feature this season for CF Montréal due to injury and will be looking to inject some much-needed solidity at the back upon his return.

CF Montréal has a difficult week ahead, taking on Inter Miami CF before locking horns with Atlanta United on Saturday. Nancy’s perfect start as CF Montréal boss has come to an abrupt end, but with two important games coming up, the rookie boss will not have much time to go back to the drawing board.