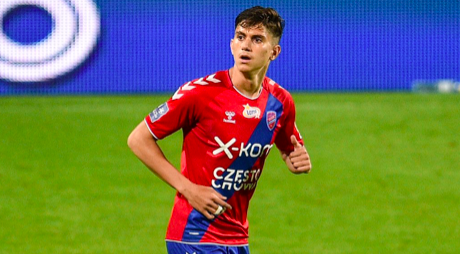 It was announced on Friday that Lederman was called up to Poland’s Under-21 side for an upcoming 27-player training camp that will be held from May 17-20 in Warka. The 20-year-old midfielder who was born in Los Angeles, California, is eligible to represent Poland because of his ancestry.

Lederman, who is currently on the books of Polish first division club Rakow Czestochowa, previously represented the USMNT at various youth levels, starting with the U-15 team. He was famously on the youth sides of Spanish giants FC Barcelona as a teenage prospect.

The youngster has made three starts in 12 league appearances for Rakow this season. His club currently sits in second place in Poland’s first division, seven points behind table-topping Legia Warsaw.