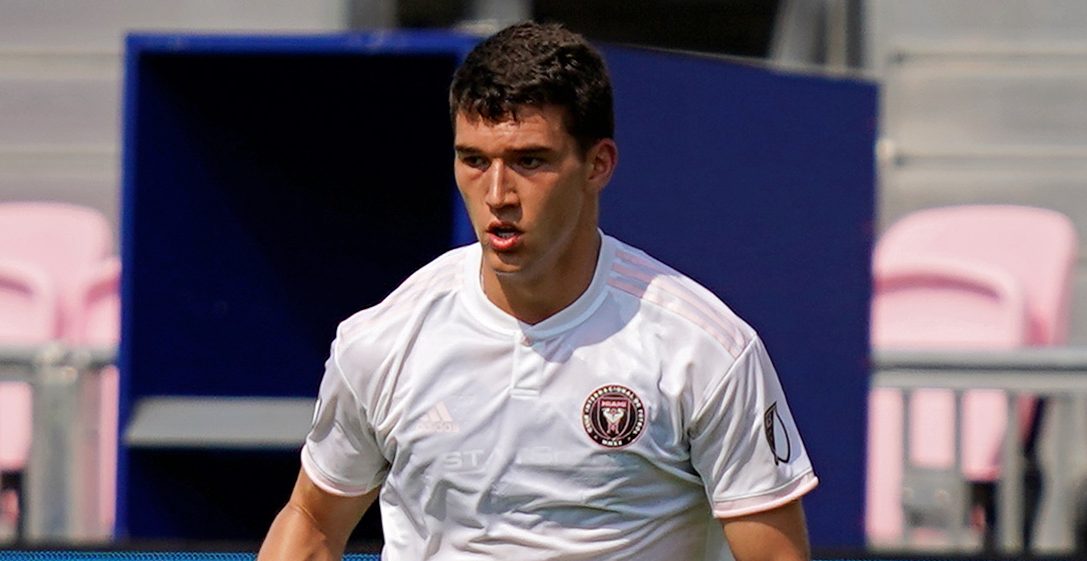 Inter Miami welcomed back to training a few of its walking wounded this week, but the team is still not completely healthy.

Robbie Robinson, Nicolas Figal, and Kelvin Leerdam have all rejoined their Inter Miami teammates in practice after recovering from the hamstring injuries that have kept them out of recent matches. The trio took part in Thursday morning’s session, and the hope is that they make it through the week without any setbacks so that they can travel for Saturday’s road game vs. the Chicago Fire.

“I want to take them to Chicago, I want them back in the group,” said Inter Miami head coach Phil Neville on Thursday afternoon. “They bring quality, competition, and that winning mentality, Figal especially.”

While those three players were back on the training field for the Herons on Thursday, two others were absent. Rodolfo Pizarro and Leandro Gonzalez Pirez were not seen practicing with the rest of the group, but Neville stated that they, as well as central midfielder Gregore, would be good to go for the weekend. Gregore did go through drills during the portion of practice that was open to media.

“Leandro Pirez is going to be okay,” said Neville. “He has just got a little bit of a medial ligament we have been nursing him through the last four, five days. Today is the day where you recover the players that need it. Gregore and LGP did not take part in the full session, but there is no worries about them and with Rodolfo we did the same.”

Inter Miami is often linked with some of the biggest names in soccer, but Neville poured cold water on one of the more recent rumors involving the team.

Reports out of Europe this week stated Brazilian defender Marcelo is set to join Inter Miami after leaving Real Madrid this summer, but the English head coach suggested that is not the case while also making the point that these types of rumors can impact the Herons in a negative way.

“I do not need another left back. I have got more left backs than yellow taxis,” said Neville with a chuckle when asked about Marcelo. “We could do with a few more positions. I think it shows the level of the club and the interest in the club, yes, but ultimately I think what I want for us is pure stability.

“… I want players to be here for a long time. You think about every time somebody gets mentioned (as a transfer target in the media), somebody in this football club, somebody in this team, in my team, will feel, even if it is .1 percent, unnerved by it, (and) that is not good for us and not good for the players. Me and Chris Henderson talk about this all the time … stability is the key.”

One left back that is on the current Inter Miami roster is Joevin Jones, who continues to work his way back to full fitness.

Jones began the year as the starting left back, but has been reduced to a substitute rule in recent weeks as he attempts to get to his peak conditioning levels. The Trinidad and Tobago international signed with the team after preseason had started, leaving him to play catch-up in terms of being in game-shape.

He has been doing extra fitness exercises over the past 10 days, and even went to the practice facility during the team’s two days off earlier this week to continue working his way towards being at top levels physically.

“What you will see this weekend, what you will see in the next six weeks, you will see a fitter, faster and stronger Joevin playing at his absolute best,” said Neville. “He is going to be a really good player for us. Maybe at the start we rushed him too much into the game against the LA Galaxy, then we were playing catch up with his fitness. I spoke to Joevin and we took responsibility for that, but the work he has been putting in has been great.”