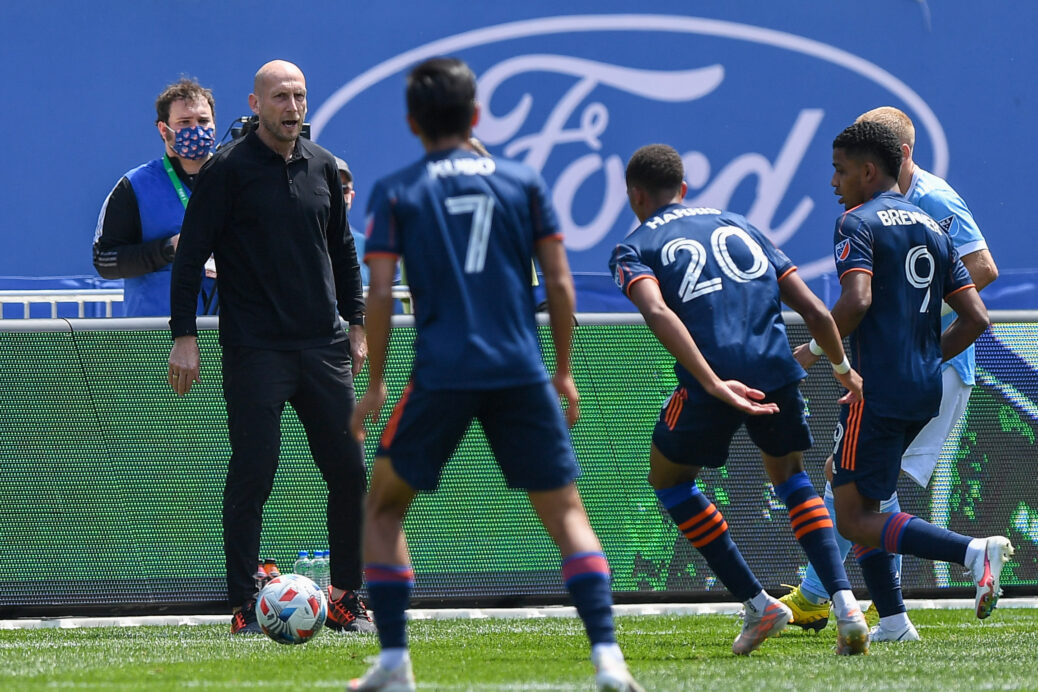 After falling to Orlando City on Saturday night, new-look FC Cincinnati’s latest goal drought is swiftly becoming a hot topic that is all too familiar to its fans.

The team has surrendered 10 unanswered goals within five consecutive scoreless halves in the first three weeks of 2021 the campaign. A stark departure from the 2-0 lead the team owned in the first 12 minutes of the season against Nashville SC.

What’s more, those goals came from headlining newcomers Brenner and Luciano Acosta in their debuts – seemingly broadcasting that Cincinnati’s high-profile investments would indeed be the ones to carry the team out of the Eastern Conference cellar.

But from there, Nashville had to settle for a 2-2 draw despite dominating FCC in the comeback, New York City FC hang five set-piece goals on the team in Week 2, and Orlando was able to capitalize on a first-minute concession to earn a decisive 3-0 victory.

Now the team has a bye week to regroup, but the break is not as much of a relief as you might figure.

“Sometimes, you want to play games because you want to do better the next game,” Stam said. “And that makes the feeling a lot better when you can the play that next game and do well.”

It seems that there is a larger issue to address, and there is some possible conflict ahead. The second-year coach does not feel that the team has synchronized into something that resembles his final product.

“You can say it’s good to train for two weeks to address a lot of things, but a lot of things have been addressed for already two months,” Stam said. “We’ve been working on the same things and we keep falling also in the same mistakes, and that’s a thing that we need to get out of the system,”

What are those mistakes?

Without mentioning the concessions specifically, Stam explained that the team is not moving as planned in general.

Cincinnati did not do itself any favors on Saturday by conceding within 30 seconds of the kickoff. The early deficit had the team completely out of its best-laid plans early, chasing a game that was never coming back to it and abandoning the aforementioned game plan entirely.

“You can imagine my disappointment … If you go behind straightaway in the first minute, yeah, then that whole plan can changes,” said Stam. “Also, the mindset of players then changes. So that makes it more difficult for yourself to get into the game and give yourself a chance.

“After a very good week of of talks and training, then you do this, then you make it very hard.”

Looking ahead, it is important to remember, even with the new faces on the attacking side, that FC Cincinnati is an incomplete team.

By necessity, the team had to throw fresh newcomer Isaac Atanga in an unnatural role to cover for Acosta’s absence on Saturday. Joe Gyau is not a natural right back and requires extra cover. Yuya Kubo is not a natural central midfielder, and you can see how that experiment is going when you look at the 19th-minute deficit doubler on Saturday. All three started.

“We need to add quality, also to the team,” Stam said, before touching on some of the instructive items with his current players. “The games that are about to be played, you need to work hard, you need to show your ability, your quality as a player, and what you can do, what you can bring. The things that we practice on in training, we want to do the same in games,”

For now, Stam and company have the goodwill of the team’s ownership and though the team is beginning to look a little too familiar for its fans’ liking, it looks like it will require more patience than many hoped to loan in 2021.

“Sometimes, we make it difficult by making simple mistakes. By passing into players under pressure or making the wrong choices … then the opposition, they get confidence and they go forward when you lose that ball,”

Following the upcoming bye week, FC Cincinnati is set to christen the opening of its brand new TQL Stadium when it hosts Inter Miami on Sunday, May 16.