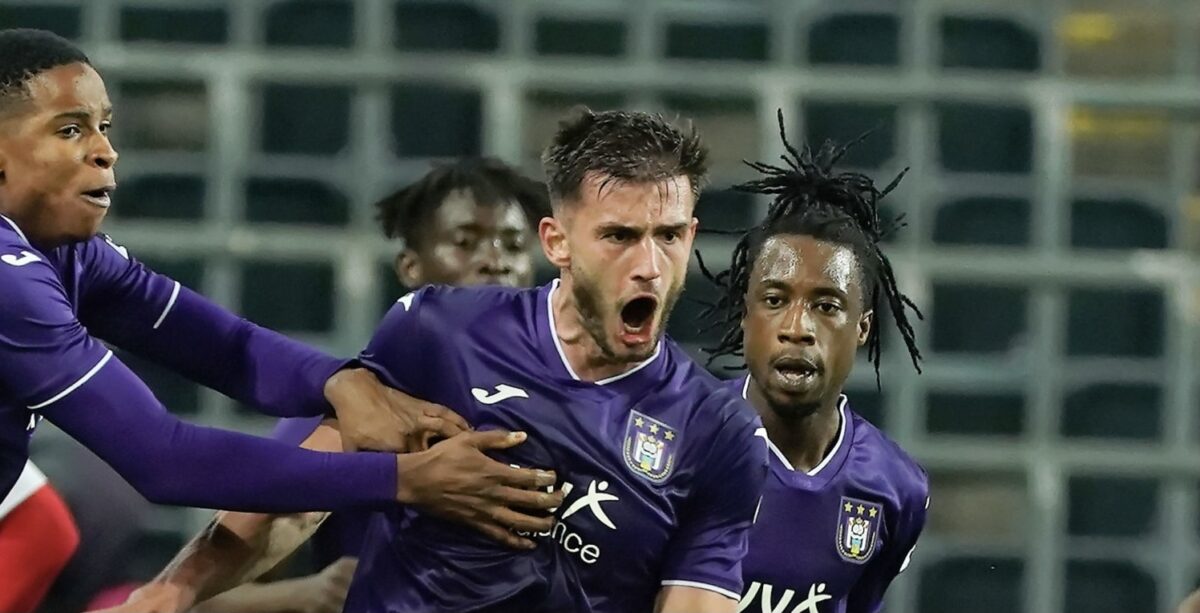 Anderlecht picked up a crucial point last weekend against Club Brugge and followed that up by earning another draw in its quest for UEFA Champions League qualification.

Matt Miazga headed home the equalizing goal for Anderlecht on Saturday in a 2-2 draw with Royal Antwerp. It was Miazga’s first goal of the season for Vincent Kompany’s side, which couldn’t have come at a better time for the Belgian Pro League club.

After Dueumerci Mbokani put Royal Antwerp ahead in the 84th minute with his second goal of the match, things looked bleak for Anderlecht. Miazga answered in the 96th minute by powering home a close range header to earn Anderlecht a point at home.

Miazga finished the match with a 91% passing completion rate to go along with four successful aerial battles won and one tackle. The Chelsea loanee continued to rack up starting minutes for the top flight side and now sets Anderlecht up nicely for a back-to-back with Genk on May 12th and 15th.

Anderlecht has four matches remaining in the championship playoffs and will be keen to keep its five-match unbeaten run going next week.