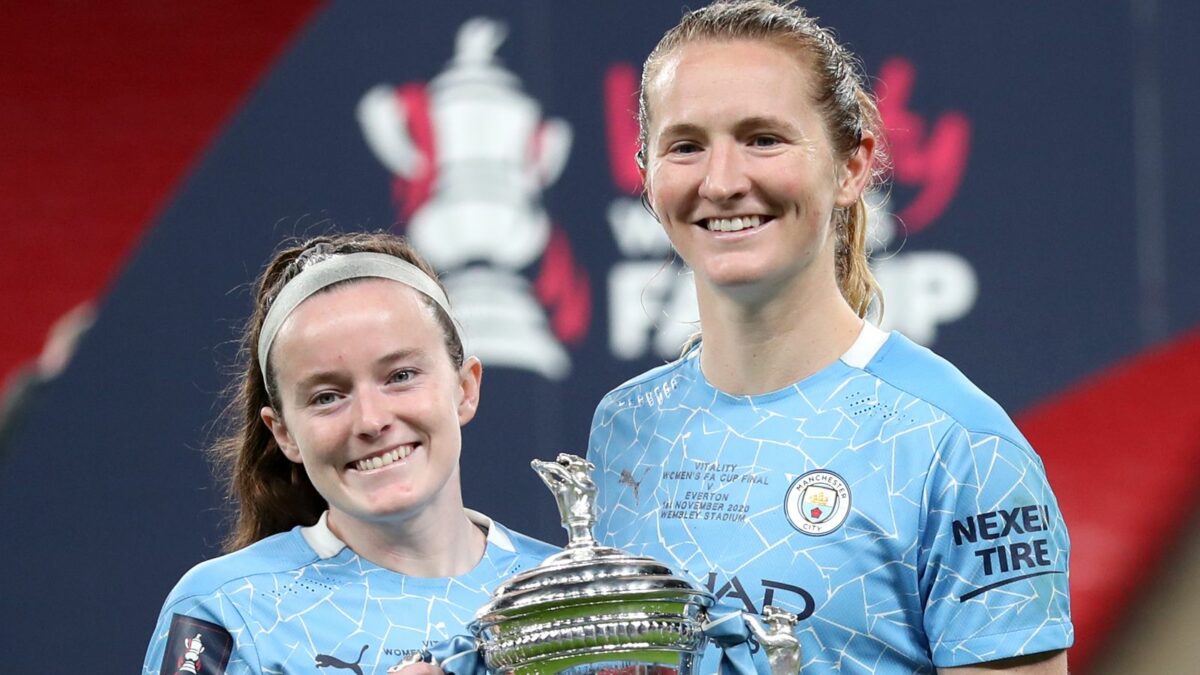 After a year in England’s FA Women’s Super League, Rose Lavelle and Sam Mewis are coming home to the United States.

The two will take a week of rest and recovery before returning to their respective NWSL clubs. Mewis will play for the North Carolina Couragwe again while Lavelle will debut with OL Reign, who acquired her rights from the Washington Spirit.

Both Mewis and Lavelle signed one-year contracts with City back in the fall. They helped City win the FA Cup in the fall and finish second in the WSL this season. City fell to eventual champions Barcelona in the quarterfinals of the UEFA Women’s Champions League. The club did hold talks with both of them in an effort to get them to stay overseas, but Mewis and Lavelle ultimately wanted to return to the NWSL.

Mewis and Lavelle played their final game for Manchester City on Sunday and both of them scored in a 5-1 win in the FA Cup fifth round over West Ham.

“I’m so grateful for my time here in Manchester. To the fans – thank you so much for your undying support. I have loved representing this Club and wish that we could have played in front of you all this season,” Mewis said in a statement. “I have learned so much while being here, especially from my teammates. I never expected to make such strong friendships in a short span of time, but I can honestly say that I love these girls and hope to play with everyone again someday.”

Mewis was a major part of Manchester City’s squad this season. She was a regular starter in the team’s midfield. She scored 12 goals in all competitions, including five in the UEFA Women’s Champions League, which tallying seven assists.

Lavelle was a much less integral part of the squad. She struggled to say healthy throughout her tenure in Manchester, but she still managed to get into 20 games, scoring one goal.

“I’d like to thank the front office and coaching staff for the opportunity to compete and grow in a world class environment,” Lavelle said. “It’s been an honour to work alongside some of the best players and teammates in the world. For everything soccer has given me, one of my favourite things is the friendships and I’m leaving City having met some of the best friends I could have ever asked for.”

Lavelle returning OL Reign will be part of a major boost the team is expected to get over the summer. The club is also adding Olympique Lyonnais stars Dzsenifer Marozsan, Sarah Bouhaddi, and Eugenie Le Sommer on short-term deals.