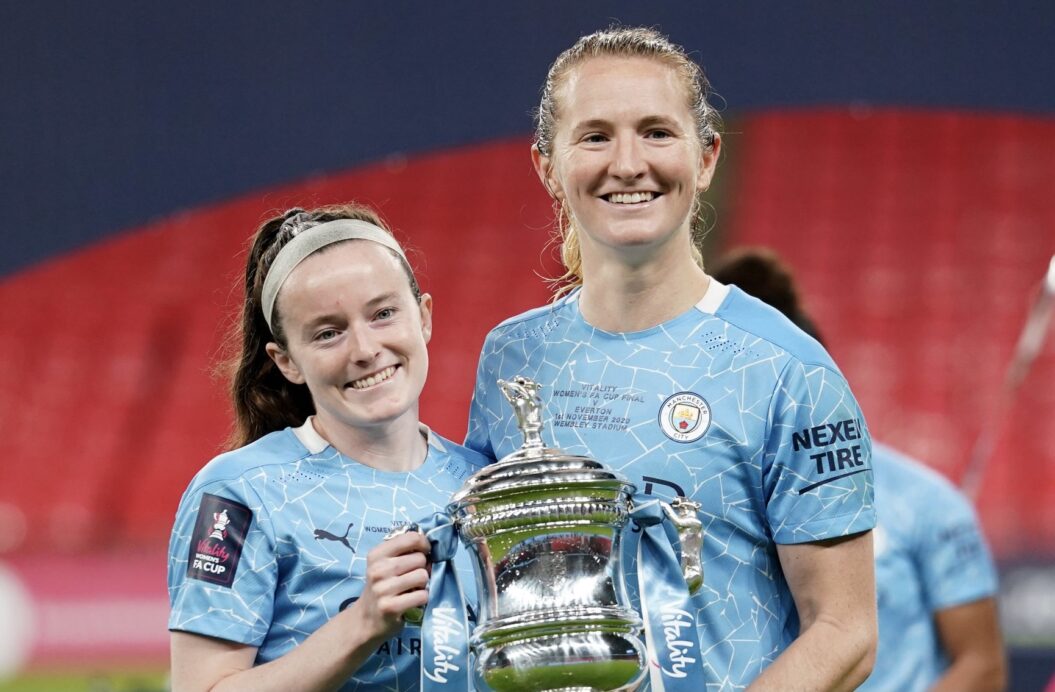 Both Samantha Mewis and Rose Lavelle could end the weekend as Women’s Super League Champions, but their futures at Manchester City hang in the balance with plenty still to be discussed.

Man City Women’s manager Gareth Taylor has seen both players play key roles for the club this season ahead of this weekend’s season finale in the WSL. Mewis and Lavelle signed one-year deals with the Lady Citizens, which come with options for an additional season in 2021-22, but nothing has yet been confirmed for either player going forward.

“Of course, these guys are going to be, hopefully, really busy in the summer with the Olympics, but at some point, we need to sit and obviously have conversations with many players around next season,” Taylor said in a club interview Friday.

“At the moment, [Lavelle and Mewis are] similar [to Jill Scott], we need to have further discussions with them. When you’re working on short contracts, you have to understand that you’re going to have more of these conversations and then it’s obviously picking the right moment to do so.”

Mewis, 28, has delivered 12 goals and two assists in 25 combined appearances for Man City this season, seeing ample time in the heart of the club’s midfield. The 25-year-old Lavelle has struggled for consistency, scoring only three times in 21 combined outings, although has shined in more recent performances down the final stretch of the season.

Both players are still owned by NWSL clubs and could be back there this summer if an agreement on their Man City futures aren’t confirmed in the coming weeks. Man City will win the WSL title on Sunday if they defeat West Ham United and Chelsea slips up to tie or lose at home vs. Reading.

The club also remains in the FA Cup fifth round, which also sees them face West Ham on May 16th. Both Mewis and Lavelle have been joined by international teammate Abby Dahlkemper in Manchester this season and could remain there long-term after impressing in their first seasons in Europe.

“There’s going to be quite a bit of discussion had once the games are out of the way,” Taylor said. “When I say games, I don’t just mean Sunday’s game. I think we need to make sure that we look after the return leg, if you like, against West Ham in the FA Cup on May 16.”

“There’s going to be a lot of speculation about various players between now and the end of the season, like there already has been. We would rather just be able to speak to the players at the right moment and make sure that everything’s covered and we make sure we know where people are next season. But, like I say, there’s going to be a lot of conversations around that.”