Bryan Reynolds ready to build off early experiences with AS Roma, USMNT 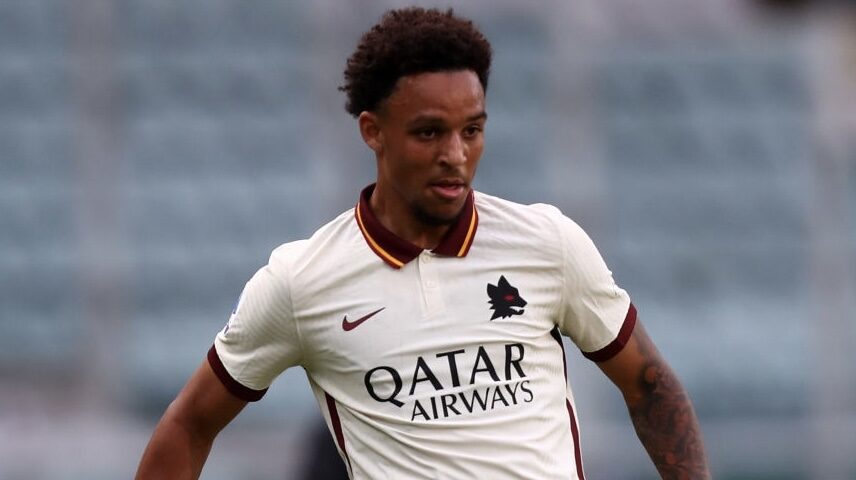 Bryan Reynolds became one of the newest American players to make the move to a top-five European league last season and although he didn’t rack up tons of minutes for Italian club AS Roma, he did get a first taste of what’s to come for him abroad.

Reynolds joined Roma in early February on a six-month loan from MLS club FC Dallas, becoming the latest U.S. Men’s National Team player to embark to Europe. The former FC Dallas Homegrown defender joined a Roma side, who was fighting for a top-four finish in Italy’s top flight, and featured many experienced stars in its squad.

The 19-year-old teamed up with Edin Dzeko, Henrikh Mkhitaryan, Pedro, and others, to help Roma finish in seventh place to earn a spot in the inaugural Europa Conference League playoffs. Reynolds is still working on improving relationships with plenty of his teammates in Rome, but feels comfortable after logging his first four months at the club.

“The first day I saw [Edin] Dzeko, [Henrikh] Mkhitaryan, Pedro and I thought, ‘Wow, I’m really training with these players now. They are my teammates.’ I didn’t act like I was a fan of course, I tried to behave normally,” Reynolds said in an interview for the club’s website. “I was very happy to be here and to have this opportunity.”

With Roma fighting to finish in a European qualification spot, Reynolds had to wait for his final two appearances of the season in May against Crotone and Spezia. Reynolds finished his half season with 283 minutes under his belt and valuable experience working with several top players in the Roma squad.

Reynolds still has a few months to go for the new Serie A season to begin, but still remembers his debut like it was yesterday.

“I thought I could make my debut, since I had been called up [to the match day squad],” Reynolds said. “But then we were at a disadvantage, so I wasn’t convinced I was going to play. But in the end I got in. At half-time I was told to go out and start warming up. There I thought I could really get in, I thought my time might come.

“Then it came, I heard my name being called and I thought, ‘Just a year and a half ago I was playing in the American lower leagues’,” Reynolds said. “And now I was about to make my debut in Serie A. When I joined I was a bit nervous, but I was happy to make my debut and grow with the performance, to be able to continue training every day to grow and improve.”

Not only has Reynolds showed promising moments at club level, but he’s also forced himself into the discussion for a key role in Gregg Berhalter’s USMNT squad. Reynolds totaled 24 combined appearances between three of the U.S. Youth National Teams before earning his senior debut in March in Belfast.

He is one of several options at right back in Berhalter’s squad, joining Sergino Dest, DeAndre Yedlin, and Reggie Cannon. Reynolds was not selected in the preliminary roster for the upcoming Concacaf Gold Cup, but could be back in contention for World Cup Qualifying this Fall.

Reynolds’ rapid rise at club level has also helped him on the international stage, something he believes is a major stepping stone for his future.

“I warmed up and there was a chance to enter the match so I was ready,” Reynolds said about his USMNT debut. “We went back to the locker room and listened to the coach’s speech. The trainer told me to slow down myself, which was fine. And then, two minutes before the start of the second half, he told me I was going in. I put on my uniform, shin guards and went inside.”

Reynolds is enjoying his summer break for now, but the hard work of preparing for a new Serie A season is right around the corner. Legendary manager Jose Mourinho will be at the helm for the historic club this season, looking to get Roma back in Champions League Football and contending for domestic trophies in both league and cup competitions.

After working this hard to get his chance in Europe, Reynolds is ready to continue his development with hopes of being ready for whatever this new season throws at him.