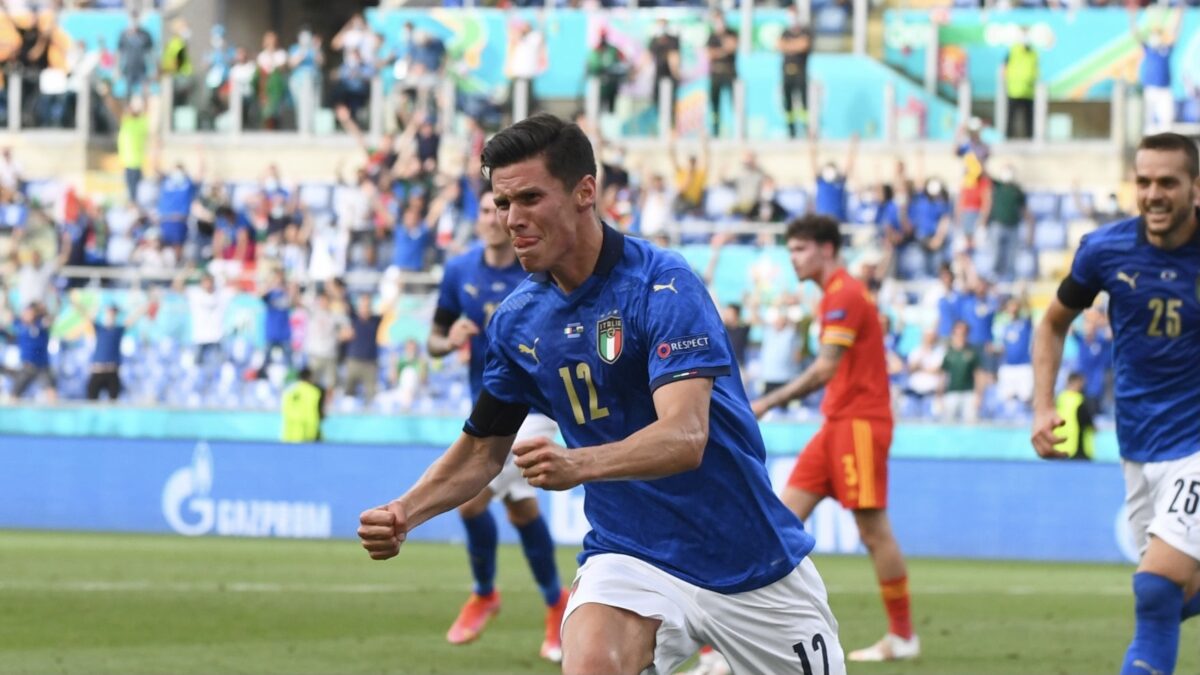 Group A came to a close at the 2020 European Championship on Sunday with Italy claiming the top spot with a final group stage victory.

Roberto Mancini’s side edged past Wales 1-0 in Rome to clinch first place in the group, finishing group stage play with nine points and a +7 goal differential. Matteo Pessina played the hero for the Italians in the first half after a clever finish into the bottom corner.

Switzerland also put itself into a good position to advance to the knockout stage after rolling past Turkey 3-1. Xherdan Shaqiri scored a brace for Vladimir Petkovic’s side while Steven Zuber registered a trio of assists in the lopsided win. Turkey was eliminated with the defeat despite a stellar finish from Irfan Kahveci.

Here’s a look back on the action from the ninth day of Euro 2020:

Italy captured the top spot in Group A after edging Wales in a 1-0 result in Rome.

Matteo Pessina’s flicked finish into the bottom corner proved to be the difference between the two clubs. Marco Verratti earned a free kick outside of the box and sent a strong effort into the box, one that Pessina raced onto and flicked past Danny Ward.

Wales comeback attempt took a hit in the 55th minute as centerback Ethan Ampadu received a straight red card. Gareth Bale had the best chance to equalize late in the match, but saw his wide open volley attempt sky over the Italian goal.

Federico Bernardeschi rattled the left post in the second half with a free kick, but Italy would hang on for a third-straight group stage shutout win.

Wales finished second in Group A despite the defeat and will join Italy in the knockout stage.

Switzerland earned its first victory of Euro 2020, rolling past Turkey 3-1 in Baku.

Xherdan Shaqiri scored a pair of impressive goals for Vladimir Petkovic’s side while Haris Seferovic also got on the scoresheet. Steven Zuber assisted on all three Swiss goals to help boost their stock of advancing to the next round.

Seferovic rattled home the opening goal of the match in the sixth minute, picking up a pass from Zuber and guiding his shot into the bottom-right corner.

Shaqiri doubled the Swiss lead in the 26th minute, curling a shot into the top-right corner. Zuber was among the action once again, setting up the Liverpool winger before Shaqiri scored his first goal of the competition.

Kahveci pulled a goal back for Turkey in the 62nd minute, curling an effort of his own into the top-left corner, but Switzerland would put the match out of reach not long after.

Shaqiri finished off a Switzerland fast break in the 68th minute, one-timing a pass from Zuber past Ugurcan Cakir for his second goal of the match. The Swiss finished with 10 shots on goal in total and easily could’ve rolled to a much larger scoreline if not for Cakir’s efforts.