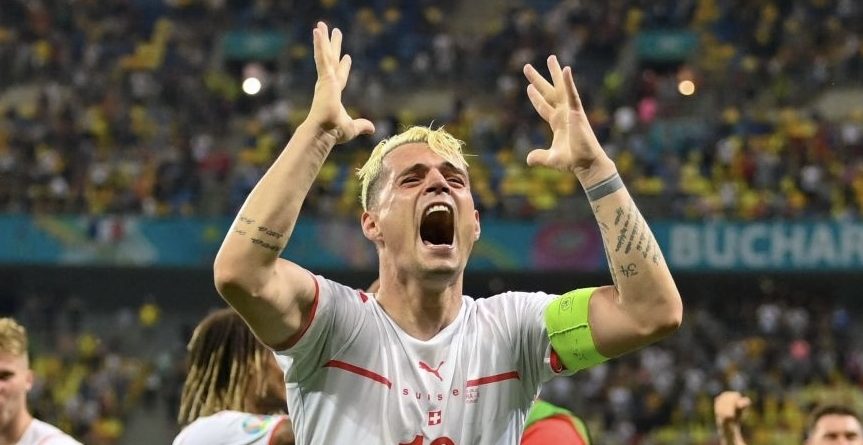 Fourteen goals and a penalty shootout over two Euro 2020 games saw Spain and Switzerland earn spots in the tournament’s quarterfinal on Monday.

Spain thought it was through to the next round when it first recovered and gained a 3-1 lead over Croatia, however two goals in the final 10 minutes brought Zlatko Dalic’s side equal and into extra time. Álvaro Morata found the winner in extra time before Spain added a fifth goal of the afternoon to clinch a dramatic Round of 16 victory.

In similar fashion, Switzerland recovered from the same scoreline to push France to extra time and the Swiss hung on to the 3-3 scoreline before upsetting the World Cup winners on penalty kicks.

After a pair of exciting Round of 16 games, Spain and Switzerland will now face each other in the Euro 2020 quarterfinals.

The outing began when Unai Simón lost control of a back pass from Pedri, leaving the goalkeeper to watch the ball roll into his own goal.

UNAI SIMON, WHAT IS GOING ON 😱 pic.twitter.com/GqHTbarCUo

The Spaniards would then score three unanswered goals, starting with a first-half equalizer. Pablo Sarabia finished off a flurry of chances by getting on the end of Dominik Livakovic’s outstretched save.

César Azpilicueta’s towering header on the end of a cross from Ferrán Torres gave Spain its second goal in the 57th minute. Torres got one of his own just under twenty minutes later, sneaking behind and finishing past Croatia’s backline through a long-range delivery from Pau Torres.

CROATIA ARE YOU SERIOUS?! 😱

Mario Pasalic’s header in stoppage time tied the game before the final whistle. Orsic’s cross found the Atalanta midfielder for his first goal of the tournament.

Though Croatia was carrying momentum from its late comeback, Spain’s extra-time performance secured its spot in the quarterfinals. Alvaro Morata found the game-winner after taking down Danny Olmo’s pinpoint ball and firing past Dominik Livakovic. Olmo would assist Spain’s fifth and final goal as well, leaving Mikel Oyarzabal with a close range finish after a low, driven pass.

Croatia’s run came to an end, leaving many to wonder what will happen next for this veteran group of players.

The Swiss grabbed an early lead courtesy of forward Haris Seferovic, but Karim Benzema worked his way into the game to score a pair of goals in quick succession. The 33-year-old struck quickly to grab Les Bleus the lead, scoring goals in the 57th and 59th minutes respectively.

Benzema equalized by making the most of a pass that was headed just behind his run. The Real Madrid forward stuck his left leg out to control the ball behind his back before chipping the charging Yann Sommer. A give-and-go between Antoine Griezmann and Kylian Mbappe allowed the former to find Benzema at the back post to head his fourth goal of the tournament.

Through a long-range strike from Manchester United star Paul Pogba, France grabbed a 3-1 lead in the 75th minute. Pogba got his shot off ahead of the challenge of midfielder Granit Xhaka, curling his attempt from well outside the box and into the top corner.

Switzerland responded six minutes later, again through the head of Seferovic. The 29 year-old striker sent an unchallenged header past Lloris after rising between Presnel Kimpembe and Raphael Varane.

Just when France looked like it would be seeing the result through, Switzerland forced the game into extra time with a goal in the last minute of regulation. Mario Gavranovic’s touch past Kimpembe sent the defender to the ground, opening space for the forward to fire out of Lloris’ reach.

After an extra time period that lacked a seventh goal, penalty kicks were needed to find a winner.

The shootout saw its first nine attempts hit the back of the net, leaving Mbappe to continue the trend and force the shootout into sudden death. Sommer’s left hand was equal to Mbappe’s spot kick, sending Switzerland to its first-ever European Championship quarterfinal.