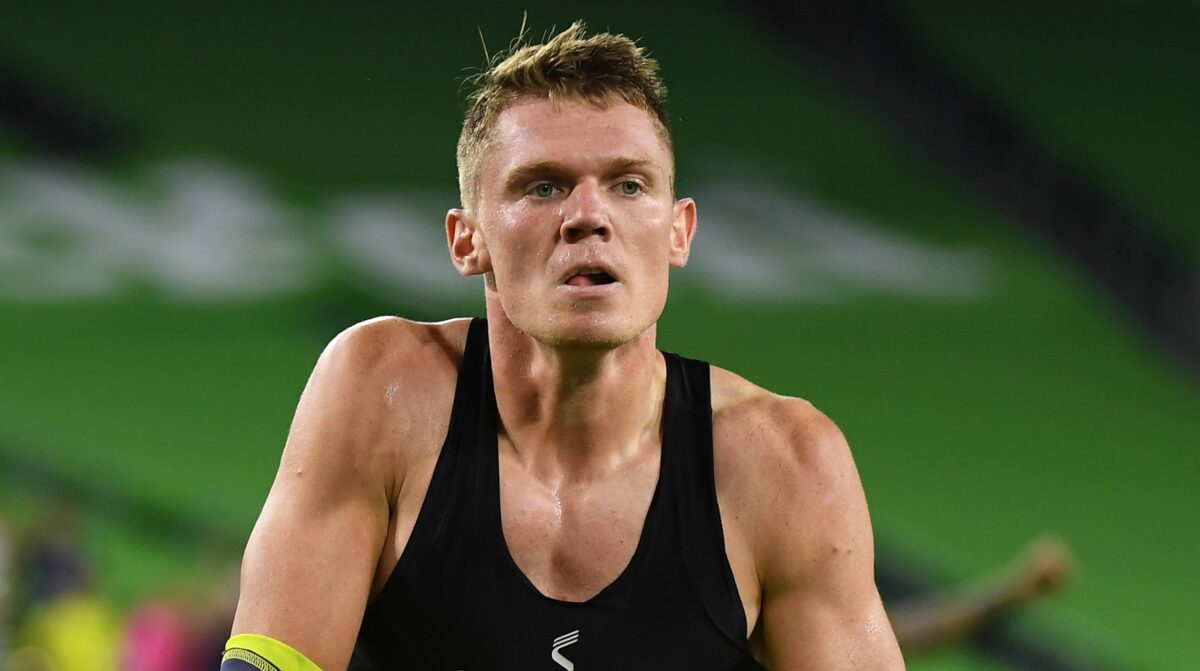 Nashville SC picked up its third home victory of the 2021 MLS season on Wednesday night, with one of its inaugural draft picks providing a heroic performance at Nissan Stadium.

Luke Haakenson scored his first pair of goals as an MLS player in a 3-2 win over Toronto FC. Despite seeing TFC take a pair of leads in the match, Gary Smith’s side showed tremendous determination to fight back and steal a first victory since May 23rd.

Haakenson, a fourth round pick by Nashville SC in 2020, had yet to truly make an impact in MLS, but now has gained valuable confidence as he tries to continue earning minutes for the club.

“He’s come into the game and he’s made all of the difference,” Smith said about Haakenson. “What Luke’s been able to do over the past six to eight weeks, he has got himself some minutes on the field through some incredible, hard work during the mid-week, shown fabulous signs of improvement.

“Because of the (way) of our development of youngsters is set up, Luke’s learning on the job as it were… Slowly but surely, he has taken those moments and he has grown, and he has moved with it,” Smith said. “We see tonight an incredible impression for what was 35 minutes or so.”

The 23-year-old replaced Alex Muyl in the 59th minute and did well to make himself available in the offensive side of the field. Haakenson’s first goal came off a rebound attempt as he raced into the box and scored past Quentin Westberg for his first career goal in league play.

It's a night of firsts at Nissan Stadium 👏@LukeHaakenson's first in @MLS has us level once again. #EveryoneN pic.twitter.com/akz9IAYl7O

Haakenson’s night was not done yet, getting on the end of a Daniel Lovitz pass in the 92nd minute and guiding a right-footed shot into the bottom-left corner. The former Creighton University player has had to wait for his opportunities in the Nashville attack after heading out on loan in 2020, but now aims to keep taking steps forward as the club pushes up the Eastern Conference standings.

“It was important because of the occasion, we fought back from a deficit against a good team in Toronto,” Haakenson said. “As a group we were able to rally around one another and tonight Jack and I came up with the goals. Overall it’s a great feeling to know that these goals went into an important win for the club.

“We were able to prove that we could win this game and those guys that we work with every single day, it’s a good feeling to see others succeed on the pitch,” Haakenson said. “Gary is always very supportive of me and the guys and he just told me to go out there and do the best that I could to help the team.”

With two goals under his belt now as an MLS player, Haakenson will try to keep growing confidence in himself as the busy summer schedule continues. Nashville SC is up to sixth place with 14 points earned through nine matches and continues a five-match homestead on June 26th against a struggling CF Montreal squad.

Haakenson provided a positive glimpse of the impact he can deliver off the bench, and now will have 25 more opportunities to build off of that.