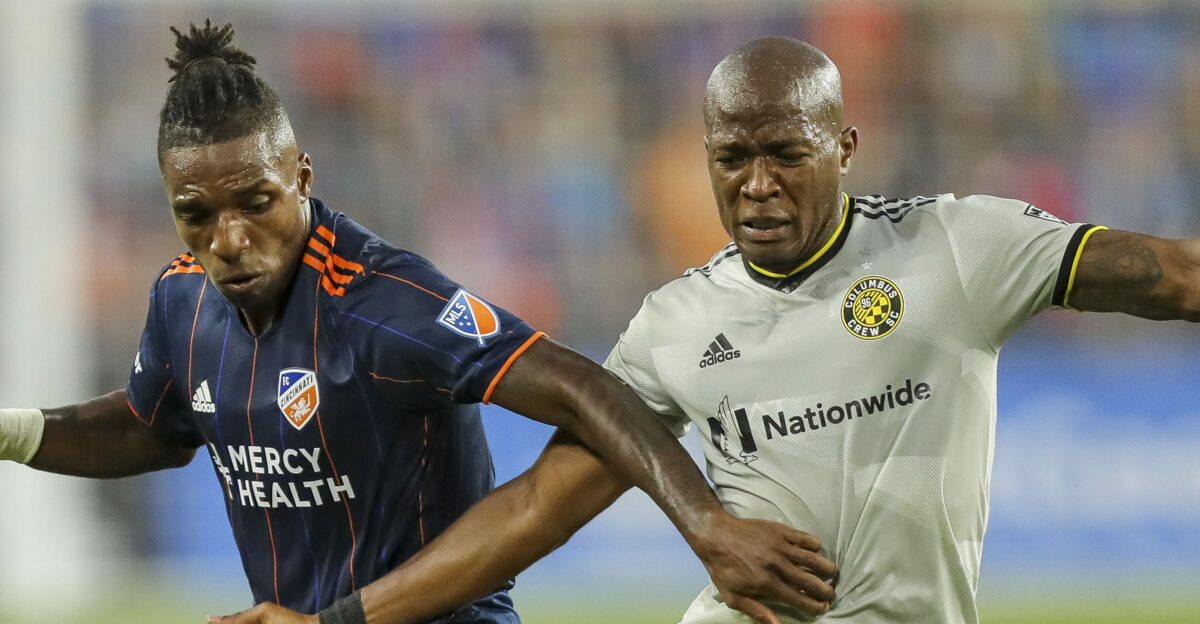 MLS Match Week 12 ended with a thriller in Cincinnati as the latest ‘Hell is Real’ Derby concluded with the Columbus Crew and FC Cincinnati playing out a 2-2 draw.

FC Cincy grabbed an early two-goal lead, but unwisely left the door open for a Crew comeback, and the sides ultimately settled with one point earned apiece.

Lucas Zelarayán led the way for the Crew, playing a part in both goals which erased Cincinnati’s early fortune.

The Crew came in short-handed with five players heading out on international duty, including crucial players like Gyasi Zardes and Eloy Room, but Harrison Afful and his accumulation of two yellow cards in the first half meant the Crew also had to withstand a numbers disadvantage for the majority of the game.

Thanks to a first-minute goal from Edgar Castillo, Jaap Stam’s side looked like it was primed to have a banner day and earn its first-ever win at TQL Stadium. A follow-up goal from Luciano Acosta should have made it certain.

FCC ultimately did not do enough with its advantage in the second half. The 10-man Crew grew comfortable, and Zelarayán supplied Miguel Berry with the equalizer in the 77th minute. It was the Spaniard’s first MLS goal.

In the bigger picture, the result sees the two sides on opposite ends of momentum. FC Cincinnati is peaking, unbeaten in its last four. Columbus, winless in the same span, is less satisfied, to say the least. Both are within striking distance of an Eastern Conference playoff spot.

Man of the Match: Zelarayán, as usual, was the most important player on the field for Columbus. His first-half stoppage time goal kept the Crew in the game, and his second-half assist saved the point in unlikely circumstances.

Moment of the Match: Berry’s equalizer was the deciding factor. The contingent of Crew fans erupted as the FCC faithful could only stand in silence and hope it did not get worse.

Match to Forget: Harrison Afful and his first-half departure make you wonder what could have been for Columbus had it been on equal footing.