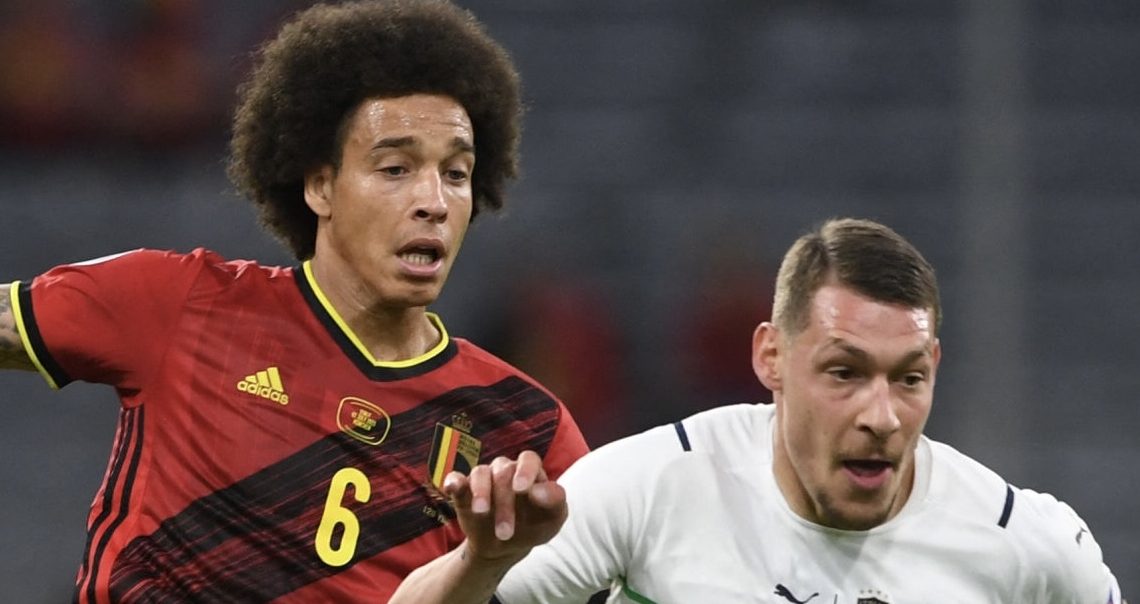 Italy has been one of the main surprises at the 2020 European Championship and that trend continued on Friday after Roberto Mancini’s side advanced to the tournament’s semifinal round.

Gli Azzurri advanced on Friday after eliminating Belgium 2-1 in Munich, using a pair of first-half goals and playing strong defensively in the second half to ice the victory. Italy will now face off with Spain at Wembley Stadium in the first of two semifinal matches.

Spain also advanced in Friday’s action, defeating Switzerland 3-1 on penalty kicks after the sides were level 1-1 after 120 minutes of play. Luis Enrique’s side took an early lead against the Swiss, but was hit back thanks to Xherdan Shaqiri’s equalizer. Unai Simon made a pair of penalty saves to preserve the win.

Italy continued its impressive run, eliminating one of the tournament’s favorites Belgium by a 2-1 scoreline.

Leonardo Bonucci’s 13th-minute finish looked to have given the Italians an early advantage, but VAR ruled that the defender was offside on the finish. However, Italy would strike twice in the final 14 minutes of the first half, sitting on a two-goal advantage in the final minutes before halftime.

Nicolo Barella struck first for Italy in the 31st minute, receiving a pass from Marco Verratti and driving a shot into the back of the net. A poor giveaway from Jan Vertonghen allowed Italy to keep possession in the box and the offense made no mistake.

Lorenzo Insigne doubled up Italy’s advantage in the 44th minute, racing upfield before cutting inside and unleashing a shot into the top corner. Barrella set up the goal for Insigne, adding an assist to his earlier goal in the half.

Jeremy Doku was brought down by Giovanni Di Lorenzo in stoppage time, giving Belgium a chance to cut its deficit. Romelu Lukaku stepped up and scored, giving Roberto Martinez’s side life heading into the second half.

What a first half 🌶️ pic.twitter.com/HFVIwjiCbA

Italy’s defense stood strong though, allowing only four shots on goal in the entire match and frustrating Belgium in the final minutes. Despite having one of the best teams on paper, the Belgians were eliminated and now have to wait for the 2022 World Cup to try again for a trophy.

Unai Simon made a pair of penalty saves while Switzerland’s Ruben Vargas missed the net with his attempt in a 3-1 shootout result for Spain. Luis Enrique’s side will now meet Italy in the first of two semifinals matchups next week.

Bruno Zakaria’s own goal gave Spain an early advantage after Jordi Alba’s shot deflected off the midfielder and past Yann Sommer for a 1-0 lead. Sommer could do nothing about the deflection as the shot went the opposite direction from his initial dive.

Xherdan Shaqiri continued his strong tournament by equalizing for Vladimir Petkovic’s side in the 68th minute. A mix-up between Pau Torres and Aymeric Laporte allowed Remo Freuler the chance to intercept before the midfielder set up Shaqiri in the box.

The Liverpool man kept his cool and beat Simon for his third goal of the tournament.

Despite Freuler being sent off in the 77th minute for a red card tackle on Gerard Moreno, the Swiss would stick together through the final 40 plus minutes to force a shootout.

Did this tackle deserve a straight red? 🤔 #Euro2020 pic.twitter.com/fnwxGtNlhw

Sergio Busquets struck the post with his attempt while the Swiss would see Fabian Schar and Manuel Akanji’s attempts saved by the Real Sociedad goalkeeper Simon. Ruben Vargas skied his attempt over the crossbar and Mikel Oyarzabal successfully scored the winning spot-kick to give Spain a dramatic victory.

SPAIN WIN IT ON PENALTIES!!! pic.twitter.com/c4Deb60hak

The European Championship quarterfinals continue Saturday as England faces off with Ukraine and Denmark takes on the Czech Republic.