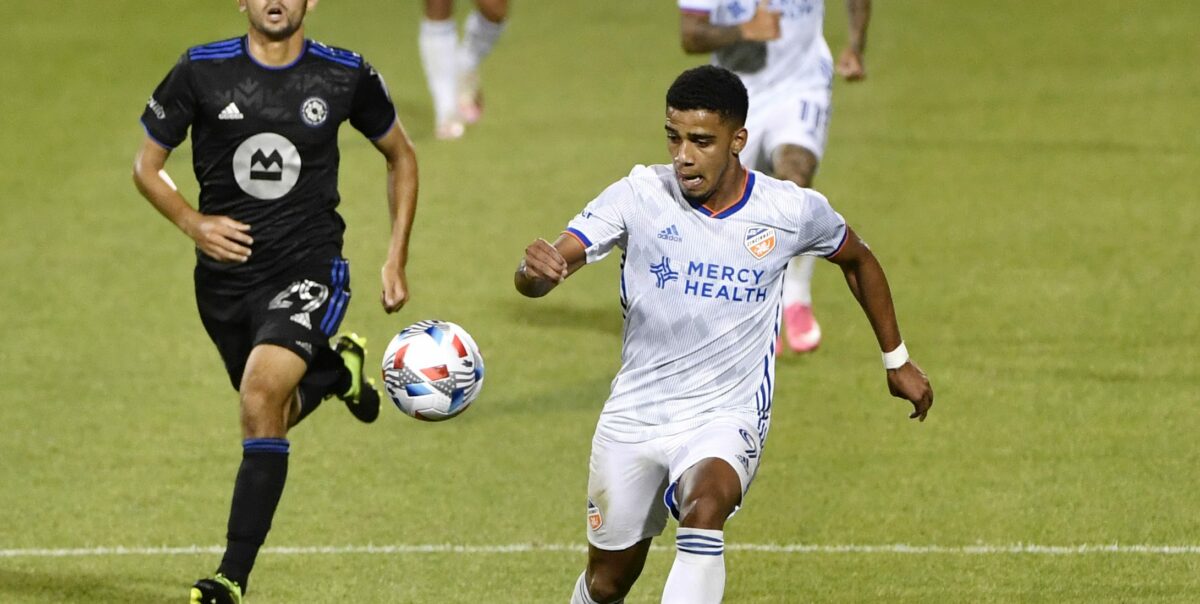 The Orange and Blue allowed CF Montréal to come back from that margin twice in Saturday’s 5-4 defeat. Despite being up one man for over 45 minutes against the Columbus Crew last week, FC Cincy watched its rival even things up and settle for a 2-2 draw in the unlikeliest of circumstances.

Had FCC been able to see out those wins, it would currently be on the playoff line. It would also be taking a five-game unbeaten run back home to face a volatile and beatable Atlanta United side this week.

Instead, the team is left frustrated by the inability to close out games.

“I think that’s the most frustrating because everybody felt good. We come 2-0 up … They get one goal back and then we (were) scared.” Midfielder Haris Medunjanin, who scored on Saturday, said. “I don’t know why, you know, because we have a lot of experienced guys, and we need to keep the ball. Especially when you have the lead, you have the confidence to keep that ball and we didn’t do that. We gave them the ball, they put pressure on us,”

Cincinnati ended Saturday with a meager 32% possession rate and was handily outshot (17-7) and out-passed (528-265) by Montréal.

Still, the door should have been shut. The journey to 5-4 offered plenty of twists and turns, but the second two-goal advantage was intact with just over 15 minutes to go, and protecting it should have been a manageable task.

“It’s got something to do with learning. It’s situations as well, about managing in the game … If you go up two goals and then you lose that lead, it’s something that goes into the player’s mind as well. And then sometimes the game changes, because they think in a different way,” head coach Jaap Stam said. “If you go up twice you need to make sure together in everything that you keep holding that lead,”

The questions around FC Cincinnati remain about progress.

Leading games is not something the team does, historically. Is earning them part of a progression, or is blowing them continued ineptitude creating new lows?

One silver lining that is not mutually exclusive to being a point of aggravation for FCC fans to look to is that there has been production lately. The team has scored 10 goals in the last five games which is a steady improvement in comparison to the team that only mustered 13 in all of 2020.

Saturday’s two-goal performance from Brenner is also interesting. The $13 million striker has had an awfully quiet season but notched a brace and both goals had some zest. On the first, he took initiative to charge Montréal  goalkeeper James Pantemis and picked the ball from his feet at point-blank. The second saw the Brazilian slot it in with a back heel finish.

“I’m sure that tomorrow it’ll sink in better and I’ll be able to appreciate that more, because I think I deserved those goals. I’ve worked really hard for it, so I really think I deserved that and I’m happy that they came, but just still frustrated with the losses we should have had those three points should have taken those home with us.” Brenner said through a translator.

FC Cincinnati did not know until Wednesday that it was to travel to Canada.

Sensing the short-notice trip with stringent restrictions, four players were absent from training early in the week to acquire the work visas needed to cross the border. Further, a handful of players were left behind and off the injury report, presumably because of vaccination status.

The logic behind the scheduling is up for debate, but it was not offered as an excuse on Saturday.

“I didn’t have an explanation from nobody. We just got the word that we needed to play over here in Canada, and also with all the restrictions that we had and what we needed to do,” Stam said. “It’s a difficult situation for us, of course, to handle but you still need to go over here and play a game.”

In the end, overcoming those obstacles should have inspired more motivation to walk away with a win, especially for some of the players who earned rare starts.

Being in the mix for a playoff spot was the expectation for FC Cincinnati, and it is still possible. The crowded low end of the Eastern Conference has FCC in 11th place and five points off the cut line at the moment.

Still in search of its first win at TQL Stadium, it welcomes struggling Atlanta United on Wednesday.