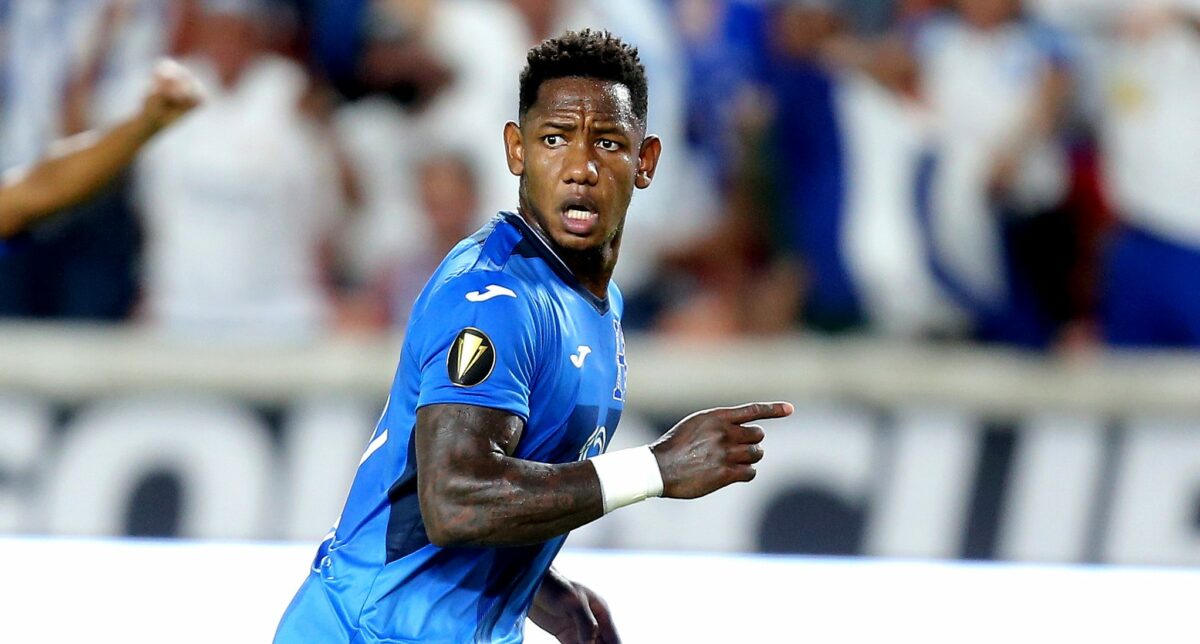 Honduras took a firm grip of the top spot in Group D at the 2021 Concacaf Gold Cup, fighting back to down Panama, 3-2, in Saturday’s second match of group stage play.

Romell Quioto scored twice for Honduras, including the game winner as Thomas Christiansen’s side moved to six points in their opening two matches. Honduras sits two points clear of Qatar heading into its final match of the group stage against Qatar.

Qatar clinched a spot in the quarterfinals with a 4-0 victory over last place Grenada. Four different goalscorers found the back of the net for Qatar, who can top Group D with a victory over Honduras on Tuesday.

Honduras struck early against Panama in group stage play on Saturday, but eventually needed a second-half comeback to pick up a second victory of the tournament.

Romell Quioto scored in each half for Honduras, giving them a 3-2 comeback victory over Panama and all but ending the Panamanians chances of advancing in the Gold Cup.

Quioto struck first in the match, receiving a pass from Alexander Lopez and slotting home in the 22nd minute. It wouldn’t be the only top moment for the CF Montreal forward as he would deliver the dagger blow to Panama’s chances in the second half.

VAR ruled in favor of a penalty kick in the 32nd minute after Maynor Figueroa was called for handball in the box. Eric Lopez stepped up and scored to tie things up at 1-1.

Cesar Yanis swung momentum into Panama’s favor in the first minute of first-half stoppage time, swinging a left foot at a shot in the box and delivering into the bottom corner. However, Panama would see a more determined Honduras attack after halftime.

Honduras would tie things up at 2-2 in the 61st minute as Alex Lopez hit a low drive into the bottom-right corner following a corner kick. Quioto would score his second goal of the match in the 65th minute, giving Honduras a lead it wouldn’t relinquish in Houston.

Just like his opener, Quioto slid a right-footed effort into the bottom corner, giving Honduras all three points.

Qatar rolled to a 3-0 halftime lead and would even add a fourth goal after the interval to clinch a spot into the Gold Cup quarterfinals.

Abdelaziz Hatim kickstarted the busy opening half for Qatar, pouncing on a rebound in the 11th minute and scoring from close range for a 1-0 advantage. Akram Afif doubled Qatar’s lead in the 22nd minute, roofing a missile into the top corner and continuing to put Grenada on the back foot.

Akram Afif scores this laser of a goal to give Qatar 🇶🇦 a well deserved victory! It was the Goal of the Day presented by @ToyotaLatino#GoldCup21 🏆 #ThisIsOurs pic.twitter.com/WxqYYxoOr3

Grenada finished with two shots on goal in the match and has not yet to score a goal in the Gold Cup.