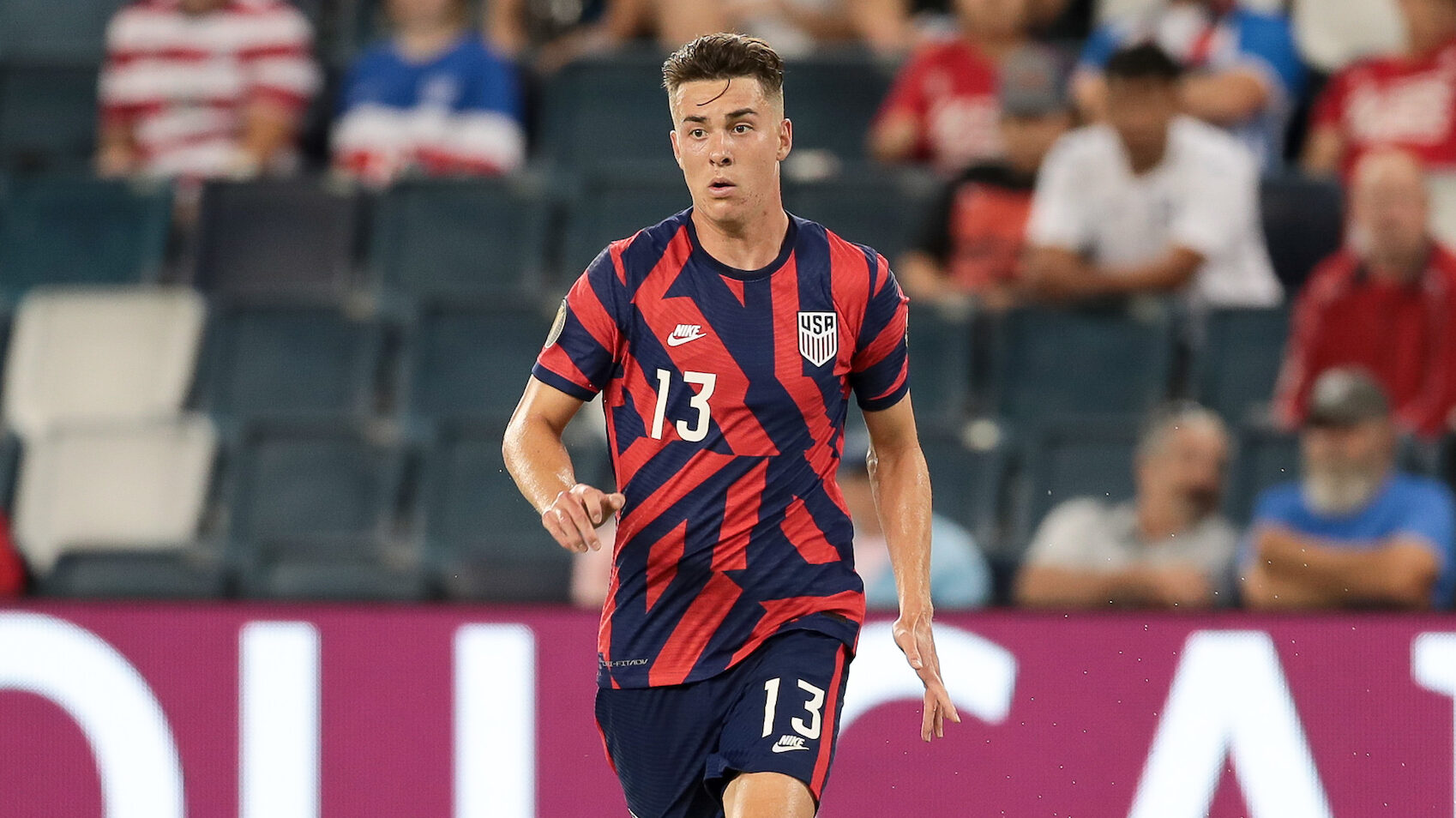 Matthew Hoppe had not played a competitive match in almost two months, but you would not have known it watching him buzz around the field in his U.S. men’s national team debut on Thursday.

The Schalke forward earned the start for Gregg Berhalter’s side against Martinique and made full use of the platform, setting up his team’s first goal and showing off excellent touch, mobility and creativity in the 6-1 win over Martinique.

“For Matthew, we had him slated as a winger and today he played as an attacking mid, in the pocket sometimes, sometimes running behind, then going high,” Berhalter said. “And it’s not easy to take in all that information and perform as well as he did.

“He also showed quality, the pass he gave to Daryl is a high-level pass,” Berhalter said. “I think he did well, and we’re also bearing in mind that he is in preseason, hasn’t played a competitive game. He’s been at home training, and this is the output you get, so overall pleased with his performance.”

On his second start for the @USMNT he scores his second international goal 🇺🇸 pic.twitter.com/LclmZx1DJo

Hoppe’s performance was made even more impressive by the fact he was one of just two European-based players in the starting lineup for the USMNT on Thursday, with Shaq Moore being the other. While his MLS-based teammates came into the Gold Cup in midseason form from a fitness standpoint, Hoppe arrived in camp after his vacation, and after being out of action since taking part in the USMNT’s training camp in Switzerland back in May, prior to the Concacaf Nations League.

Though he wasn’t selected for the Nations League, Hoppe jumped at the chance to be part of the Gold Cup team, even though it would mean missing the start of preseason with Schalke.

Hoppe finds himself in a crowded field of young strikers in the USMNT player pool, but the Gold Cup has presented him with an opportunity to impress Berhalter, even if his minutes might have to come operating either as a wide forward or second forward.

If his national team debut is any indication, Hoppe is ready to take full advantage.