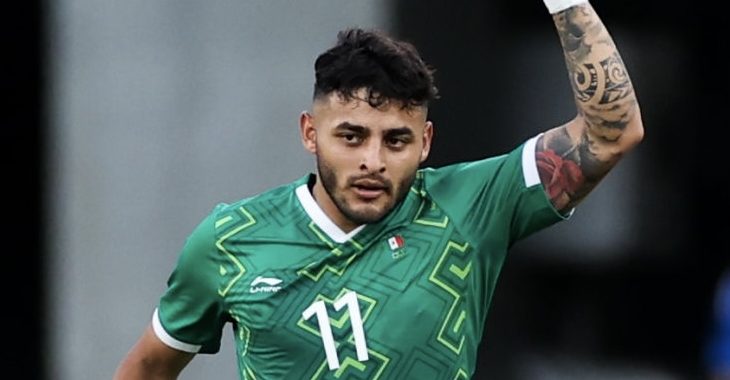 Mexico picked up its first victory at the 2020 Tokyo Olympics in style on Thursday, scoring four second half goals in a 4-1 romp over France.

Jaime Lozano’s side laid down an early warning strike to the rest of the tournament field with a convincing win on Matchday 1. After a scoreless first half, El Tri grasped momentum early after halftime and didn’t look back.

Alexis Vega and Francisco Cordova each scored in the opening 10 minutes of the second half before Andre-Pierre Gignac’s penalty kick in the 69th minute cut the deficit in half.

Mexico continued to own possession as the half went on and eventually wrapped up the win with two additional goals in the final 10 minutes. Uriel Antuna’s low drive in the 80th minute extended Mexico’s lead to 3-1 before Eduardo Aguirre danced his way past several French defenders before unleashing a shot into the top corner.

Guillermo Ochoa made three saves for Mexico in the opening day win.

Here’s a closer look at the rest of Thursday’s action:

Richarlison came into the Olympics fresh off a Copa America Finals loss to Argentina, but didn’t let it stop him from propelling Brazil to an important win in its quest of winning the Gold Medal. The striker slotted home a rebound in the seventh minute after Florian Muller denied his previous effort.

The in-form forward continued his busy first half by scoring Brazil’s second and third goals of the match. His second came in the 22nd minute after Bruno’s cross from the left wing was headed home before Richarlison curled an effort into the far corner of Muller’s goal in the 30th to cap his hat trick.

Nadiem Amiri and Ragnar Ache each scored in the second half to pull Germany to within goal in the final minutes, despite Maximilian Arnold’s dismissal in the 63rd minute. However, Brazil had other ideas as the South American side capped the result with a stoppage time insurance goal.

Paulinho capped off a counter attack in the 95th minute, sending a shot into the top corner to put Germany out of its misery.

The Socceroos needed only 14 minutes to take an early advantage against Argentina as Lachlan Wales finished off Mitchell Duke’s assist to give Australia a 1-0 advantage. Duke’s prior effort missed the net, but he was able to record an assist on the breakthrough goal.

Ezequiel Barco rattled the crossbar in the 34th minute, which ended up being Argentina’s best chance to equalize before being reduced to 10-men. Francisco Ortega’s second yellow card proved to be costly for Argentina, seeing it play out the rest of the match down a man.

Duke came close to doubling Australia’s lead early in the second half, striking the crossbar from point blank range. The midfielder registered his second assist though in the dying stages of the match, setting up Tilio, who beat Jeremias Ledesma from long range.

Thomas Glover made four saves to preserve the clean sheet for Australia.

Here’s a look at the rest of Thursday’s Matchday 1 scores: