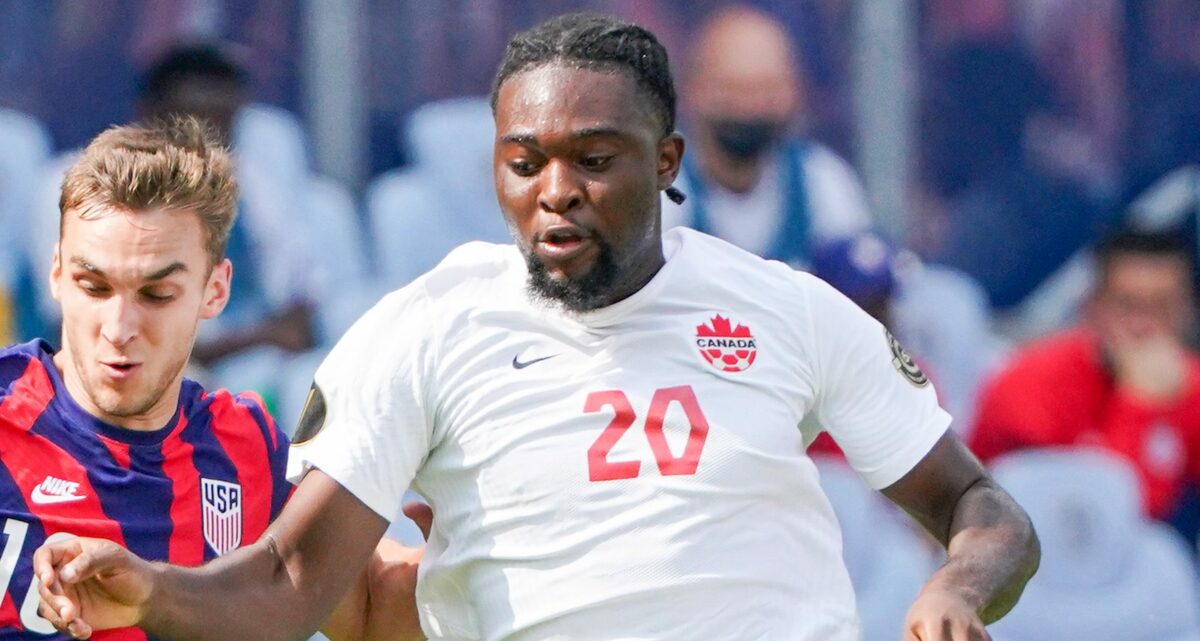 Ayo Akinola was expected to give the Canadian men’s national team’s offensive attack a major boost at the 2021 Concacaf Gold Cup, but the young forward will miss the rest of the tournament and the MLS season through injury.

Toronto FC announced Tuesday that Akinola suffered an ACL injury in Canada’s 1-0 Concacaf Gold Cup loss to the U.S. men’s national team on Sunday. Akinola has been ruled out for the rest of the 2021 calendar year and will return to Toronto for surgery and rehabilitation.

Akinola, 21, filed a one-time switch to represent Canada at the senior level ahead of the Gold Cup after featuring for the USMNT at multiple youth national team levels. He was born in Detroit, but moved to Brampton, Ontario, when he was one year old.

As for Toronto FC, veterans Jozy Altidore and Dom Dwyer should continue to lead the attack for the remainder of the season, with Altidore marking his return to first-team action with a winning goal in TFC’s first match at BMO Field in more than a year.

Real Salt Lake has already seen several impressive performances from forward Rubio Rubin and decided to reward him with a new contract.

Rubin signed a long-term extension with RSL on Monday, which now keeps him in Utah through the 2024 season with a club option for the 2025 season. After initially signing with RSL in January, Rubin has scored four goals and added two assists in 12 matches this season.

The 25-year-old opened the 2021 season with two assists in his RSL debut in a 2-1 road win over Minnesota United. He followed that up with two goals against Sporting Kansas City in his first match at Rio Tinto Stadium, leading the charge in a 3-1 victory. He has started in 11 of 12 matches for RSL this season, logging 955 minutes.

Prior to his arrival in MLS, Rubin starred in the USL with the San Diego Loyal where he scored seven goals in just five matches. His short stint in California came at the completion of his contract with Club Tijuana in Mexico’s Liga MX.

Rubio has earned seven caps with the U.S. men’s national team to date.