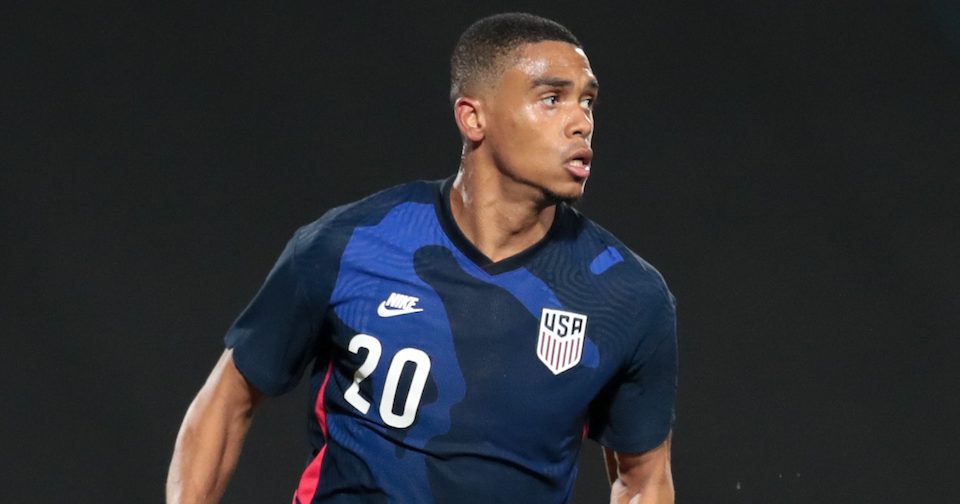 Two years ago, Reggie Cannon went from being a late addition to the U.S. Men’s National Team Gold Cup and eventual starter in a final. Two years later, he enters the Gold Cup in a far different position, but with a similar goal.

Cannon is one of the top fullbacks in Gregg Berhalter’s USMNT setup, but after a Nations League that saw him fail to start in either of the team’s matches, he finds himself once again having to prove himself after spending the better part of two years as Berhalter’s first-choice right back.

Cannon is one of just four European-based players on the Gold Cup roster, and is the only one of the four to have earned extensive playing time for both club and country over the past year.

The Boavista defender is coming off his first season in Europe, helping the Portuguese side fight off relegation and stay in the Primeira Liga for another season.

The 23-year-old showed positive moments in Portugal, playing against competitive teams like FC Porto, Sporting Lisbon, and Benfica, among others. With 31 appearances under his belt last season, Cannon’s future remains in doubt as the defender has been linked with a move away from the club along with several other teammates.

Cannon comes into the Gold Cup camp as the headlining option to start at right back, with 18 caps to his name already with the USMNT. The former FC Dallas homegrown made the most of his last Gold Cup experience in 2019, starting three of his four appearances in the tournament, including a 1-0 loss to Mexico in the final.

Cannon has remained in Berhalter’s plans ever since, making 12 appearances between the Concacaf Nations League and friendlies in both the United States and Europe. He scored his first goal in a 4-0 win over Costa Rica in June and now has a chance to improve his standing in the USMNT pecking order, where Sergiño Dest, DeAndre Yedlin and Bryan Reynolds are among the top options in the pipeline.

“Reggie has an unfortunate situation with his club but it turns into a fortunate situation for us,” Berhalter said about Cannon. “To be able to have Reggie in camp once again and to continue working with him and his development is important. Last time Reggie was with us for the Gold Cup, I told Reggie: ‘you’re starting the final here because you’re a good player, not because we like you and want to give you just an opportunity.’ He earned it.

“What I’ve seen from Reggie over the past two years is he has made great strides in his game and has really taken it to the next level,” Berhalter said. “Now we want to see him take the next step and become more consistent on the international level. It’s more about the brand of his performances and I think he can do that. I think he can have high levels of performances every game with us. We know he is good in the attacking end, he scored in the last game we played, and we want to continue working with him in one-on-one situations.”

Cannon will have his chance in July to show that he should regain his standing as the top USMNT option at right back, while also potentially boosting his value during a summer transfer window when he is expected to make a move.