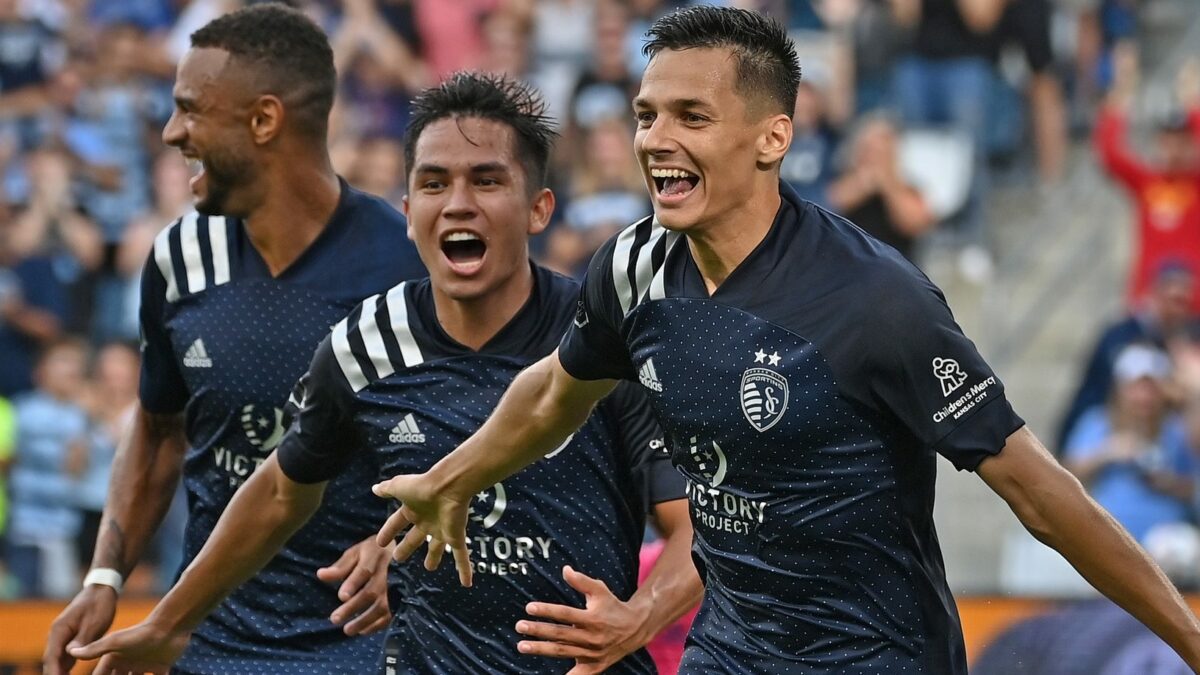 Only two MLS players have scored more goals through 14 games than Salloi, showing he’s come a long way from 2019 and 2020, seasons in which Salloi spent most of his time on the bench or injured.

Salloi acknowledged the sudden improvement plenty of times already. Describing a crisis of confidence during the past two years, he told the Kansas City Star in early July, “I know what it seemed like. Like I forgot how to play soccer.”

Recently, however, Salloi has shut down the conversation about the past two seasons.

“I think it’s always nice to move forward and look in the present and look forward,” Salloi said. “There’s no reason to look back. You learn from your mistakes and move on.”

Confidence has come flooding back since Salloi started the 2021 season. He started the season strong, with a goal and an assist across the first two games. Six more goals followed, including a late game-winner against LAFC and two goals in a win against the Rapids at the end of June.

To Salloi, this is not just a hot start. He’s found his role in Sporting KC’s squad and shaped his identity as a player. At 25 years old, he’s already seen his career take off and nearly fall apart.

“I think the thing is, I am playing the best soccer of my career so far,” Salloi said. “I think I found the way I want to play, and not just in front of the goal, but in the field as well.”

A few significant changes have aided Salloi’s play, with the biggest one being the return of his confidence. It’s tough to remember now, but in 2018 a 22-year-old Salloi led Sporting KC in goals with 11.

Another welcome change for Salloi has been a shift to the left wing. Salloi has owned that position in 2021. His incisive runs from the left side have been key to his success this year. Salloi started his time at Sporting KC as a center forward, but now he’s more comfortable playing on the wing.

“In our formation I think winger fits me the best because I have more room and more connection as well with the left back coming over and helping with my game and in the midfield as well,” Salloi said. “I also like it because you’re covered from one side. Defenders are not coming after you hit the line, so it’s nice to start from the line and come inside.”

“I was never afraid to admit that when you have teammates who are good players, you learn from them and you use them to adapt your game,” Salloi said. “I think that it’s been like that with (Pulido) as well.”