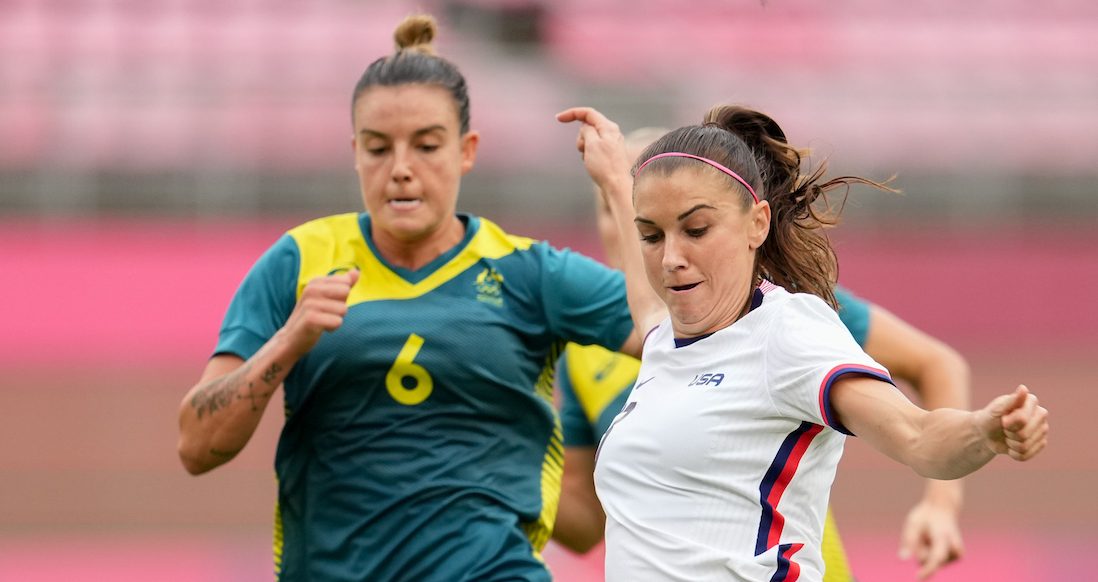 The U.S. women’s national team looked anything but defending FIFA Women’s World Cup champions through the group stage at the 2020 Tokyo Olympics, but luckily has a major opportunity in the quarterfinal round to turn its misfortune around.

Vlatko Andonovski watched as his squad advanced into the quarterfinals of the tournament despite a scoreless draw against the Matildas at Kashima Soccer Stadium. A second-place finish behind Group G winners Sweden now sees the Americans gear up for their toughest test of the summer yet, a date with 2019 World Cup finalists, the Netherlands.

The Americans held their own against Sam Kerr and the rest of the Matildas attack on Tuesday, but overall didn’t look like the same team that rolled past New Zealand 6-1 just three days prior. Tierna Davidson and the rest of the USWNT back line were the only bright spots in the match, while Alex Morgan seemed to be the only attacking star willing to take a chance towards goal.

The USWNT only recorded a 1-1-1 record over three group stage matches, but now has a fresh slate to get things right against the Netherlands this coming Friday.

“This [knockout stage] is when the tournament starts,” Morgan said at a news conference after the game. “It was a tactical decision by [coach Vlatko Andonovski] to shift defensively, a little more conservatively, and really allow them to get impatient, play along and give it back to us.

“Eventually, I feel like both teams kind of sat in, and it became a matter of playing a professional game and moving on,” Morgan said. “It’s seeing how Vlatko wants us to set up against that [next] team. Tactically we had a little shift this game, we’re experienced enough and professional enough to be able to do so and face a team in a way that puts us on top and really plays to our strengths.”

Not only was the fact that the USWNT was out-possessed 65%-to-35% worrying enough, but the fact it looked content to defend for most of the second half was also a shock. If not for the powerful play of Davidson and the rest of the USWNT, the Americans might’ve suffered a different result over 90 minutes. Star forward Vivianne Miedema led the way with eight goals herself and will be a different type of player for the USWNT to deal with.

While the overall performance wasn’t glamorous by the USWNT on Tuesday, the goal of advancing into the final eight of the tournament is a solid first achievement. The USWNT will now prepare to up its game knowing the stakes are higher with every passing day.

“Coming into this game, we came with the mindset that the first goal was to win the game, and the second goal was to put a good professional performance in and not get scored on,” Andonovski said. “Obviously, we didn’t accomplish the first one, but we did accomplish the second one, which was very important because ultimately it put us in second place.

“I would say it was actually a good opportunity for me to see whether the team is ready to take on the information that was given and execute it, which I was very happy with,” Andonovski said. “Almost every player on the team had a specific role, and they executed it very good.”