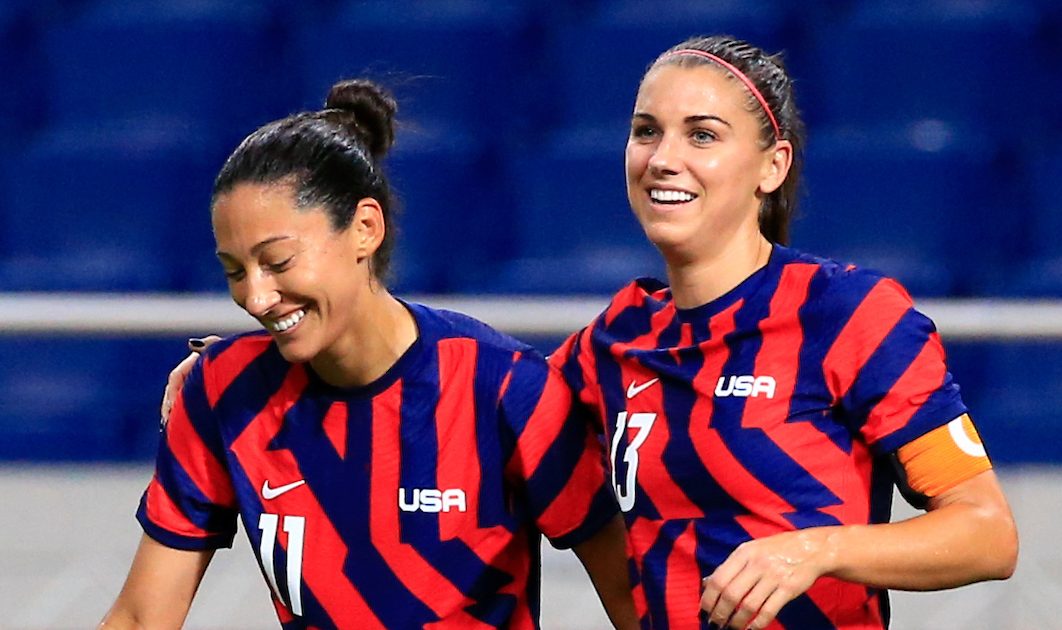 The U.S. women’s national team rebounded on Matchday 2 of the Tokyo Olympics to set up a dramatic final day of group stage play in Japan on Tuesday, and Vlatko Andonovski’s side will need another complete performance for a chance of advancing out of Group G.

A 6-1 romp over New Zealand has the Americans sitting second in Group G heading into Tuesday’s final group stage match against third place Australia. The USWNT can advance with a win or draw against the Matildas, while Australia needs to win for any chance of keeping its Olympic run alive.

After stumbling out of the gates against Sweden, the Americans looked back to their old selves against New Zealand, seeing four players score goals and their offensive pressure also lead to two own goals. Now with some momentum in its back pocket, the USWNT will try to continue what it started over the weekend against an Australia side who is 1-1 so far in group stage play.

“I think that first game we knew that one of the things we pride ourselves in [mentality] was very lacking,” Lavelle said at a press conference on Monday.

“I think we feel like although the loss obviously sucks, it is a bit of a blessing in disguise to get the loss in early on in the tournament and we know we have no room for error. It’s just bringing that same energy we had against New Zealand and elevating it even more and continuing to build and learn and then get ready for the next.”

Lavelle was the first goalscorer against New Zealand while Alex Morgan, Christen Press, and Lindsey Horan also found the back of the net in the lopsided victory. Unlike the opening day loss to Sweden, the USWNT made the most of its offensive chances, owning possession, and continuing to put the Kiwis under the back foot, even with the match already out of reach.

Australia is led by former USWNT assistant coach Tony Gustavsson, who served alongside the American players from 2012-19, and star striker Sam Kerr, who is coming off a sensational season at club level for Chelsea. Kerr is three goals away from breaking the all-time goalscoring record in Australia women’s national team history and has already found the back of the net twice in the Olympics so far.

Forward Caitlin Foord, and defenders Ellie Carpenter and Steph Catley will be the other headlining names for the Matildas at Kashima Soccer Stadium on Tuesday afternoon.

With a new test coming up, the USWNT will need to be ready for anything and everything that Australia throws its way. The Americans excelled in every way possible against New Zealand to put themselves in a strong chance to advance, but the mentality must remain the same to move step closer to another Olympic gold medal.

“There are things we could do better. There are certainly little things I would like to see better. We have already addressed it.”

Odds will be on the USWNT’s side, which owns a 26-1-3 all-time record against Australia, but as we’ve seen in other group stage matches during these Olympics, anything is possible.