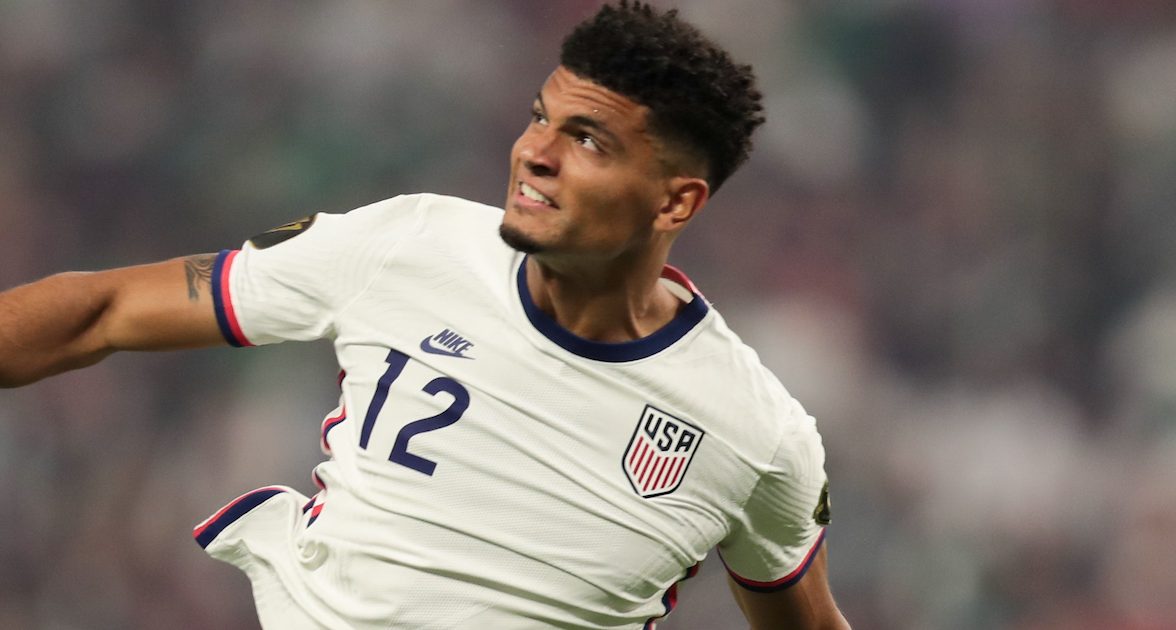 Miles Robinson has been a rock at the back of the U.S. men’s national team’s defense throughout the Concacaf Gold Cup, but Sunday saw the centerback play the hero in front of the opposing goal for the first time this summer.

Robinson scored the winning goal for the USMNT in Las Vegas, helping the Americans edge rivals Mexico, 1-0, to win the Concacaf Gold Cup Final. The Atlanta United defender earned SBI USMNT Man of the Match honors after delivering the winning goal in the 117th minute and also putting in another strong shift in defense.

The 24-year-old rose highest to head home Kellyn Acosta’s cross past Alfredo Talavera, breaking the deadlock between the two teams and sending Gregg Berhalter’s side to a second epic victory past El Tri this summer.

Robinson was not only key in the deciding goal between the two North American national teams, but he also was all over the place defensively for the USMNT. He made 11 clearances and four interceptions to go along with five aerial battles won out of nine in total.

With his first competitive tournament under his belt, Robinson will now return to MLS play with the Five Stripes before likely earning a spot in the World Cup Qualifying roster in September.

Robinson’s goal-scoring performance helped him earn the Man of the Match nod ahead of Kellyn Acosta and Matt Turner, who both turned in strong outings to complete outstanding tournaments.

What did you think of Robinson’s performance? Who was your pick for Man of the Match?