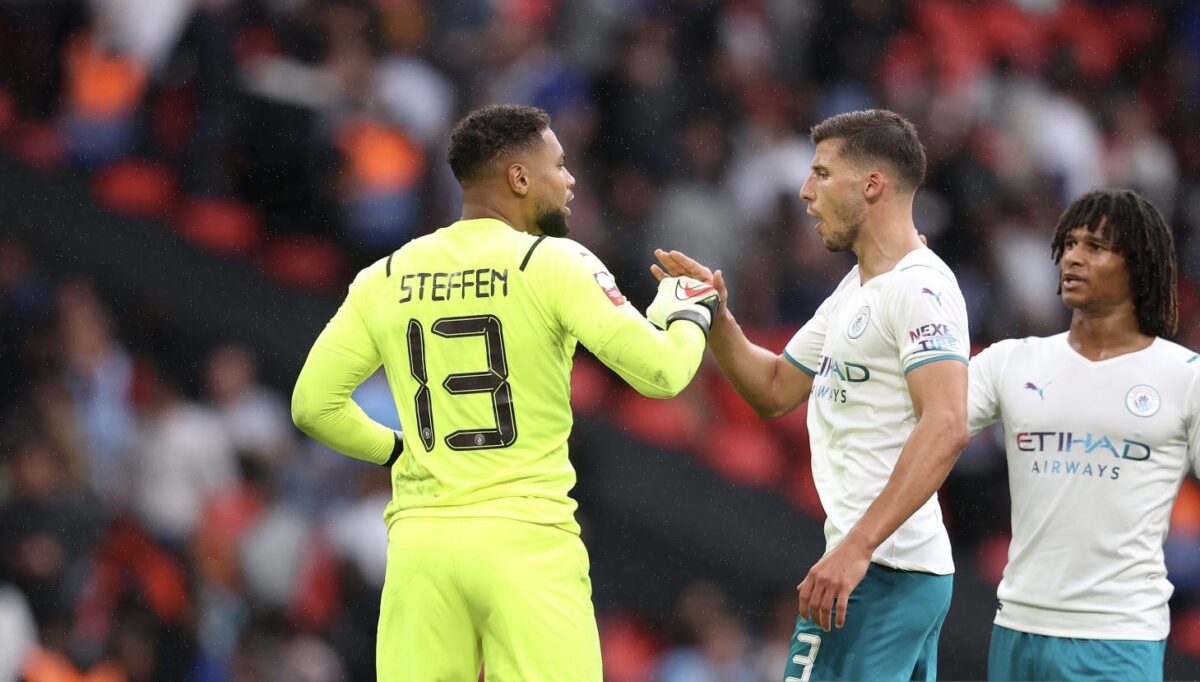 Steffen and City dropped a 1-0 decision to Leicester City in the Community Shield on Saturday, with a late penalty kick providing the difference on a day when City trotted out a patchwork squad against the reigning FA Cup champions.

Kelechi Iheanacho blasted his penalty past Steffen in the 89th minute, converting from the spot after Nathan Ake was whistled for a foul in the penalty area. Steffen dove to his left, correctly picking the side Iheanacho would eventually kick toward, but the U.S. men’s national team goalkeeper could only get his fingertips to the ball as it crashed into the net.

The late penalty goal spoiled an otherwise stellar performance from Steffen, who made four saves and completed 13 of 14 passes on a day when he was arguably Manchester City’s best player.

Steffen stepped up with a big save late in the first half to keep the match even heading into halftime.

What a save, Zack Steffen 😵 pic.twitter.com/ZFpK7Czu5W

Brazilian star Ederson was not in uniform as he was still on his post-Copa America vacation, but is expected to rejoin the team this week. It is unclear whether Steffen will have an opportunity to start when Manchester City begins its Premier League campaign on August 15 with a road trip to face Tottenham.

Steffen’s playing opportunities with Manchester City this season will be a key storyline ahead of the U.S. men’s national team’s participation in World Cup qualifying in September, with Matt Turner making a strong case to challenge Steffen for the starting role.

Steffen showed nothing on Saturday to suggest he’s rusty, and should still be considered the favorite to start when the USMNT travels to El Salvador for its first World Cup qualifier, on September 2.