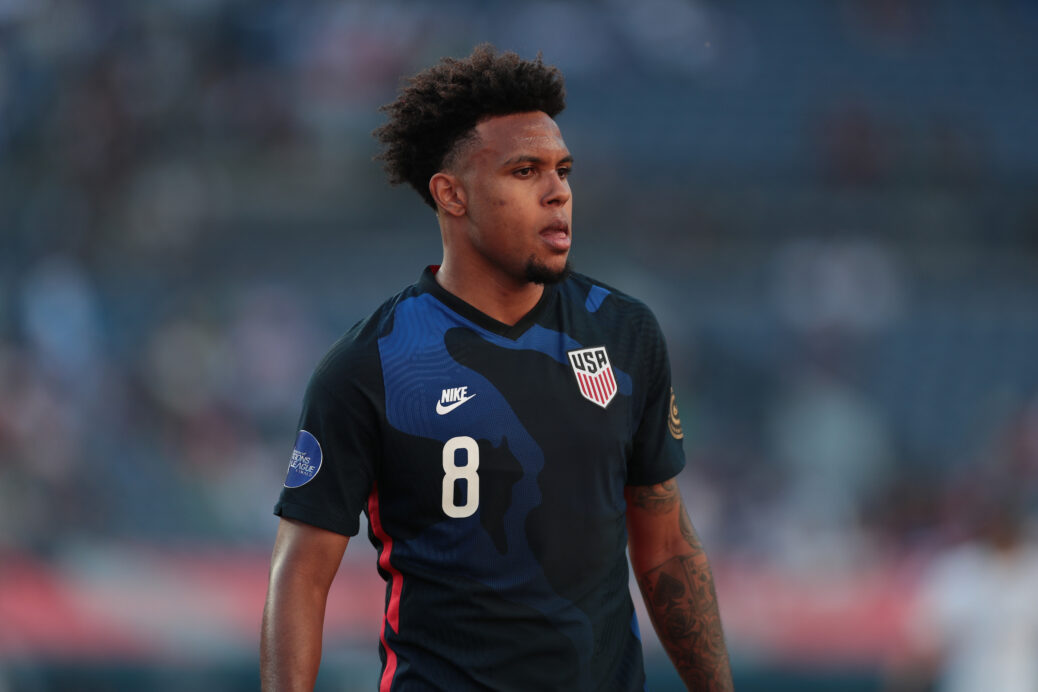 The mystery surrounding just what Weston McKennie did to be suspended from the U.S. men’s national team’s World Cup qualifiers against Canada and Honduras has been revealed, though USMNT coach Gregg Berhalter wasn’t about to confirm it.

According to a report by ESPN, McKennie was suspended for violating multiple team rules when he left the team hotel to go out in Nashville, and then brought an unauthorized guest into the team hotel, violating the team’s established COVID-19 protocols, put in place to protect the team from being exposed to an outbreak.

Berhalter was asked about the ESPN report, and whether it was an accurate depiction of the events that led to McKennie being sent back to Italy rather than playing in Wednesday’s crucial World Cup qualifier against Honduras, but the USMNT coach wouldn’t confirm or deny any details about the exact actions that led to McKennie being left off the team for a pair of qualifiers.

“I think this is along the lines of information that’s not need-to-know,” Berhalter said when asked about the ESPN report. “This is a team environment, any conversations will remain between the team and I, and the team and the staff, and team and Weston and that’s how we’ll leave it. He violated policy. That’s as far as I’ll go with that.”

Berhalter did make it clear that McKennie still has a future with the USMNT, and has not ruled a return for him in October, when the Americans resume qualifying with another trio of matches.

“There would very rarely be a situation where a player would never be allowed back into national team camp,” Berhalter said. “That’s not how we operate. If you see the track record is guys in and out based on performance, and based on how they’re doing, and me and Weston have had long conversations. He’s a guy that I care for deeply. He’s a big part of the team, and I’m sure when he’s performing well, (he’ll) be back on the team.”

McKennie is facing plenty of backlash for what is his second documented incident of violating COVID-19 pandemic-related rules, with a suspension by Juventus coming in April after he hosted a party with teammates and guests, violating Italy’s strict policies about gatherings of groups of people during the pandemic.

The USMNT will now go into Wednesday’s qualifier against Honduras without one of its most influential players, a player who Berhalter sounded like he still wants to be a part of the program.

“People make mistakes, Weston apologized to the group, he apologized to me, and things happen,” Berhalter said. “The most important message that we’re trying to get through is that we’re here in camp for seven days. The intensity is incredible. It’s three finals in seven days, and we need everyone single-minded focus on what we’re trying to accomplish. And that’s the most important thing.

“Listen, this isn’t the first time something like this has happened in a team, it’s not going to be the last time. It is upsetting to me, as a coach, it’s upsetting to Western, it’s upsetting players and staff, but it is what it is. And we’ll be ready to play tomorrow.”