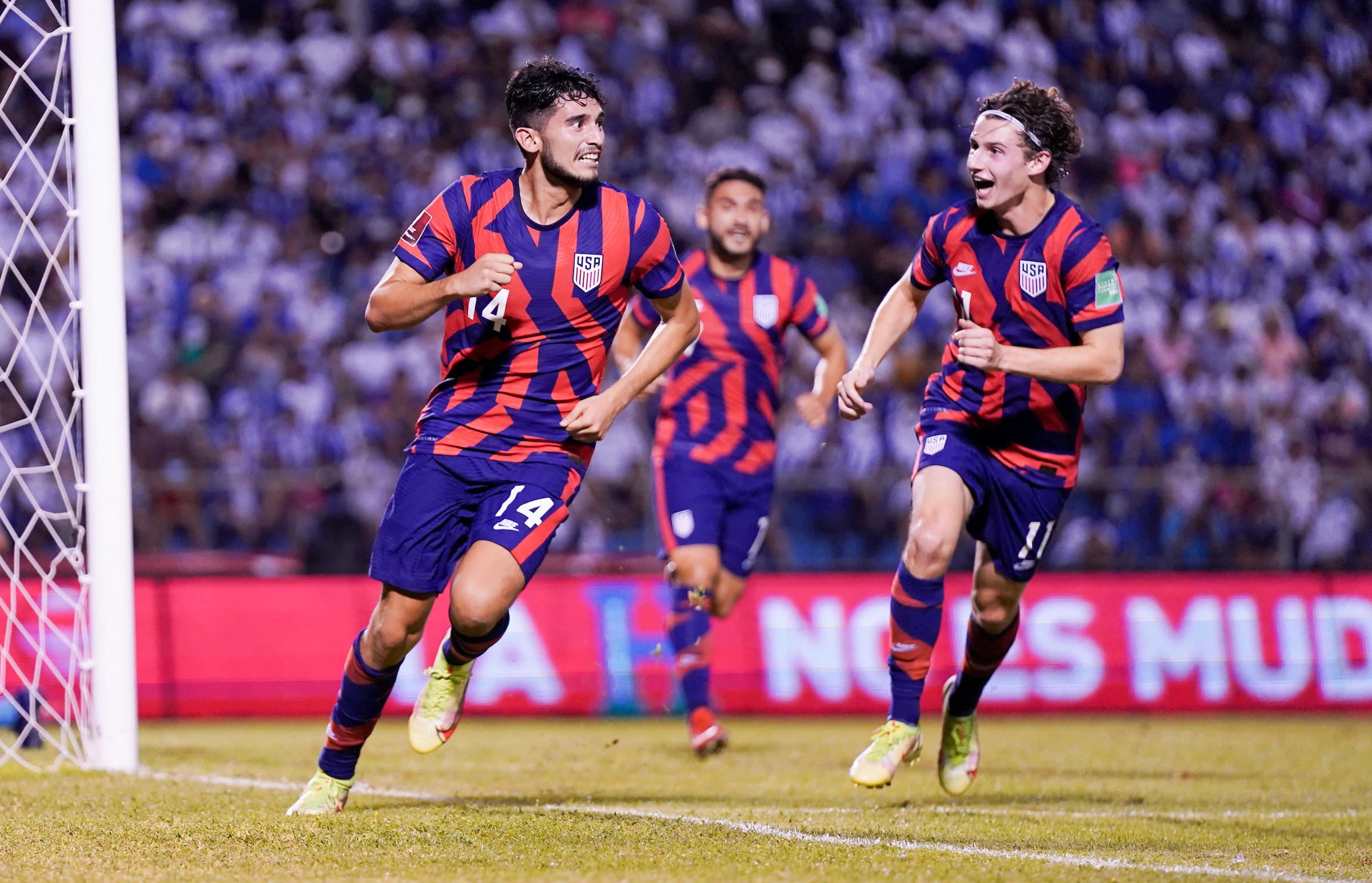 The U.S. men’s national team played one of the more lackluster opening 45 minutes in recent memory, and looked in danger of ending September’s trio of World Cup qualifiers with just two points, but Ricardo Pepi stepped up to lead a comeback for the ages.

The FC Dallas teenager, who became the second-youngest player to ever play in a World Cup qualifier for the USMNT, scored the go-ahead goal and then set up an insurance goal to help the Americans roll to a 4-1 victory over the Catrachos in San Pedro Sula.

After a woeful opening half that saw the Americans look tired and disjointed playing in a 5-4-1 formation, Berhalter made three halftime substitutions that helped spark the team.

Antonee Robinson, Brenden Aaronson and Sebastian Lletget came on at halftime, helping give the team a much-needed boost, and Robinson made an immediate impact, scoring an equalizer in the 48th minute.

ANTONEE ROBINSON WITH THE EQUALIZER ⚡ pic.twitter.com/QFqvbby7iP

The Americans looked like they might have to settle for a tie, especially after Christian Pulisic was forced off with an injury, but it was Pulisic’s replacement who helped set up the go-ahead goal.

DeAndre Yedlin came off the bench and delivered a perfect cross that Pepi headed home to make the score 2-1 in the 75th minute.

RICARDO PEPI WITH HIS DEBUT GOAL TO GIVE THE @USMNT THE LEAD 🇺🇸 pic.twitter.com/8UiNxA8mCO

Honduras made substitutions in search of an equalizer, but only served to expose its defense to the counter, and the Americans fully capitalized, with Pepi providing an assist in the 86th minute, catching Honduras on the break before setting up Brenden Aaronson’s finish to make the score 3-1.

Pepi had a hand in yet another goal to seal the victory late in stoppage time, with his shot forcing a save, and the rebound made for an easy finish for Sebastian Lletget.

The Americans now head toward the October set of Concacaf qualifiers undefeated, and tied on points with Canada, two points behind Octagonal leader Mexico.

What did you think of the match? Who impressed you the most? Could you have imagined the USMNT