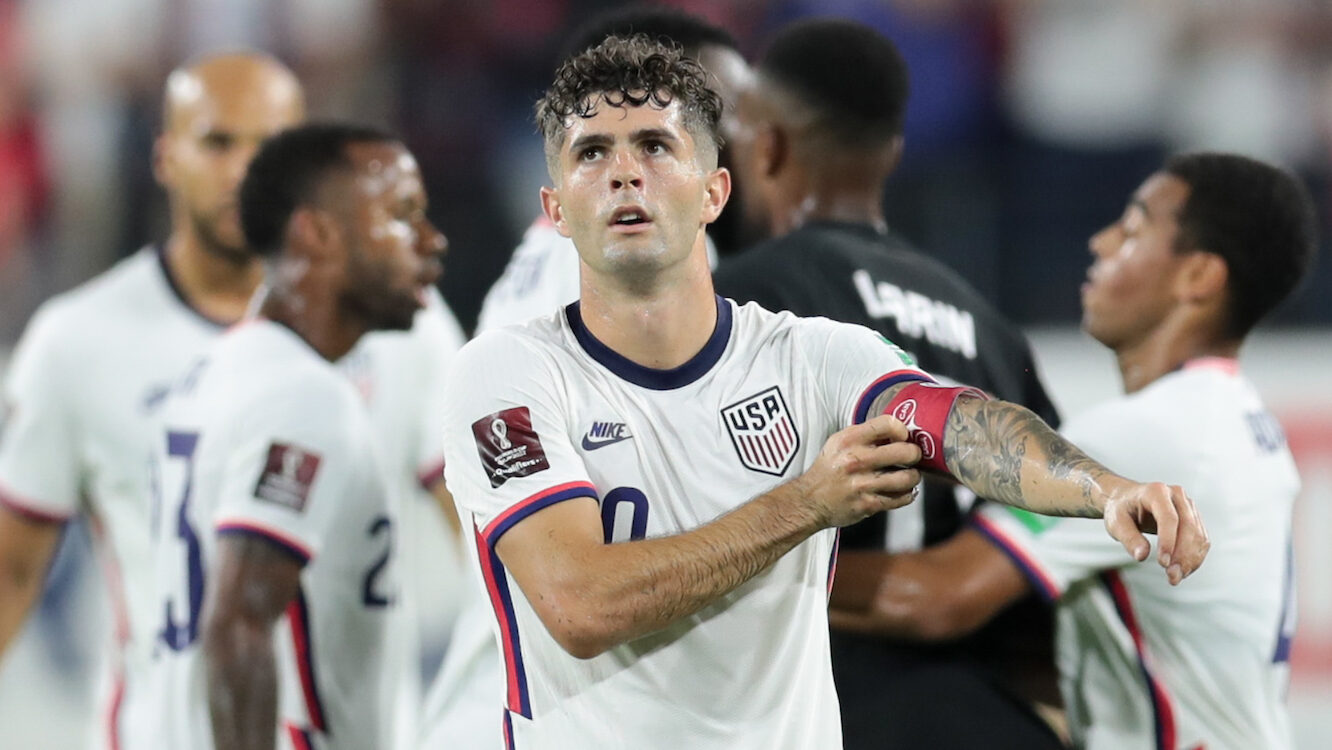 Almost five years after the U.S. men’s national team began its last Concacaf World Cup qualifying final-round cycle winless in its first two, the Americans have managed to limp out of the gate in qualifying yet again.

A Cyle Larin equalizer set up by the dazzling speed of Alphonso Davies was enough to help Canada grab an equalizer and precious road point in Sunday’s 1-1 World Cup qualifying draw at Nissan Stadium in Nashville.

Larin’s goal, which canceled out a beautifully-constructed goal finished off by Brenden Aaronson, has left both the Americans and Canadians sitting on two points from their first two Octagonal-round qualifiers.

Americans eager to see the team that swept the Concacaf trophy run this summer were subjected to a drama-filled Sunday which began with the news that star midfielder Weston McKennie was suspended for the match by the team for violating COVID protocols, while Gio Reyna also sat out with a hamstring injury.

With that distracting backdrop, the Americans faced off against a Canadian side determined to secure at least a draw on Sunday after its own disappointing home opener in Thursday’s 1-1 draw with Honduras.

Canada’s 5-4-1 formation frustrated a U.S. team that simply lacked the creativity to break down the visitors, while the Canadians found success booming long balls forward for Alphonso Davies to use his blazing speed to run on.

The result was a match that saw the Americans dominate possession, but Canada create the more dangerous scoring chances, even despite being outshot 11-6.

Canada’s best chance of the first half came in the 14th minute, when Davies beat Sergiño Dest to a long ball bouncing from midfield toward the penalty area, and laid off a pass to a wide-open Cyle Larin, who had his mis-hit shot denied by a Matt Turner save.

Canada nearly gifted the Americans a goal in the 27th minute Scott Kennedy’s attempted clearance of a USMNT cross forced a diving save from Canadian goalkeeper Milan Borjan.

The Americans did come close to finding a goal of their own creation in the first half when Aaronson took a Sebastian Lletget pass and found Pulisic in front of goal, only for Pulisic to send his shot off the right post.

The USMNT broke through in the 55th minute after a well-worked sequence sparked by a forced turnover by Aaronson. Some quick passes led to a Kellyn Acosta pass to Antonee Robinson on the left wing, and he served up a perfect ball to Aaronson to bundle home from close range.

THE @USMNT TAKES THE LEAD!@AaronsonBrenden sends it home to put 🇺🇸 out in front! pic.twitter.com/VdyIjaGih5

It only took Canada seven minutes to respond though, with Davies blowing past DeAndre Yedlin before delivering a perfect pass to Cyle Larin at the back-post for an easy finish.

Davies finds Larin to level the score in Nashville pic.twitter.com/H7y6tFj7Xj

Canada piled on even more pressure with the second-half inclusions of Tajon Buchanan and Jonathan David, who were a handful for the Americans to deal with in the final third of the match.

Luckily for the American defense, Davies was forced off in the 75th minute, costing Canada its most dangerous player on the night, but Buchanan quickly picked up the slack, as he blazed past John Brooks on one sequence that led to another dangerous chance for the Canadians.

The USMNT had some set-piece opportunities late in the match, but couldn’t turn those into dangerous chances, let alone goals, as the final whistle blew on a draw that will now have the Americans heading to Honduras facing serious pressure to take all three points. or risk condemning the USMNT to a poor start that would be all too similar to the poor start the Americans endured in their last World Cup qualifying cycle, when they started the final round with consecutive losses to Mexico and Costa Rica.

What did you think of the match? See the Americans getting it together against Honduras? What has you the most concerned? Was there any silver lining for the USMNT from Sunday’s draw?