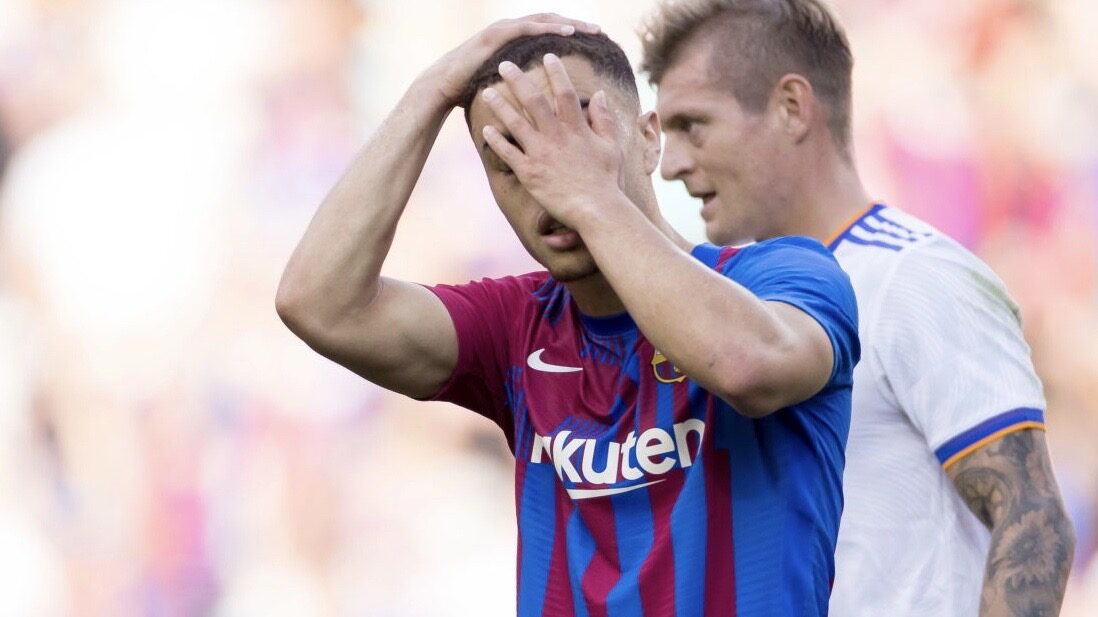 Registering an assist against Real Madrid in El Clasico would normally be enough to consider the day a success, but Sergino Dest isn’t likely to see his performance on Sunday that way.

The U.S. men’s national team fullback set up a Sergio Aguero consolation goal in the final minute of Sunday’s La Liga showcase clash, but it was the wide-open chance Dest missed in the first half that served as the dominant storyline surrounding the American standout.

Real Madrid held on for a 2-1 victory, but the score was 0-0 when Dest popped up in front of goal with a chance to score the game’s first goal. His clear look from 12 yards out sailed way over the crossbar, leaving Dest with his head in his hands.

Just seven minutes later it was David Alaba with the opening goal, giving Real Madrid the lead with a beautiful finish.

Dest made his third consecutive start as a right winger for Barcelona, but his missed chance was one of the few he and the Barca attack created. Dest, who shifted to his natural right back role in the second half, finished the day with two shots and one key pass, which came on his cross to Aguero for Barcelona’s late consolation goal.

Dest’s assist was his third in four La Liga matches, but it isn’t one he’ll spend much time celebrating after Barcelona suffered yet another El Clasico defeat.

Barcelona sits in ninth place in the La Liga standings, and will be back in action on Wednesday against a surprising Rayo Vallecano side that is currently in seventh place.