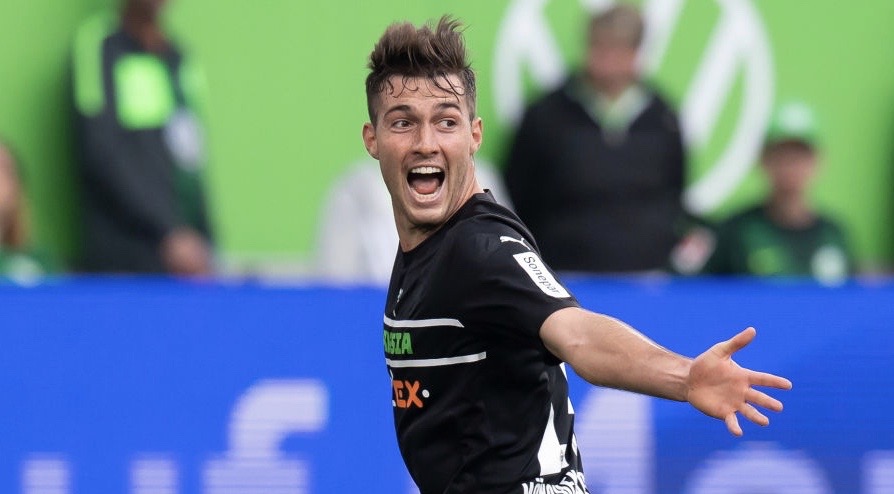 Joe Scally’s stellar start with Borussia Monchengladbach continued Saturday as the former NYCFC academy product scored his first professional goal. After quickly adjusting to life in the Bundesliga, Scally is drawing praise for his early success in one of the Europe’s top leagues.

Gladbach head of sport Max Eberl lauded Scally following Saturday’s 3-1 road win over Wolfsburg, the first for the club in 18 years at the Volkswagen Arena. Scally has continued to be a consistent two-way performer for Adi Hutter’s side after earning the chance throughout preseason camp in the summer.

Now with his first competitive goal under his belt, Scally has been given high honors from one of the leading figures in the club’s front office.

“[He’s been] fantastic,” Eberl said in an interview with Sport1. “He has really been the winner of the season for us so far. He has adjusted a bit to Germany and now has played unbelievably well for seven games.”

Scally was thrown right into the fire this season, making his Bundesliga debut in a 1-1 draw with defending champions and European heavyweights Bayern Munich. Since then, the 18-year-old has continued to start at both left and right back, helping control many of the Bundesliga’s top offensive talents and lead Gladbach to wins over Borussia Dortmund and Wolfsburg in back-to-back weeks.

Now the American defender heads into a two-week break as European play pauses for the October international window. Scally was not included in Gregg Berhalter’s 27-player roster as the U.S. men’s national team resumes World Cup Qualifying with three matches over an eight-day period.

While there will be plenty more chances for him on the international stage, Scally is focused on improving with Gladbach and then hopefully earning a shot with the USMNT at the biggest stage possible.

“It’s a feeling I’ll never forget,” Scally said postmatch about his goal. “I always tell [goalkeeper] Yann [Sommer] that he should play it high to me when I’m free. When I got the ball, I saw that I had a clear path to goal, so I got a bit nervous and just sprinted off. When the ball hit the back of the net what I really wanted was to do it again, it was unbelievable.

“Every kid dreams of playing for his country,” Scally said when asked about the USMNT. “I wasn’t selected this time but maybe next time I will be. My main target is still the World Cup. It would be amazing to represent the USA in that competition.”

Gladbach returns to competitive action on October 16 at home vs. Stuttgart looking to build on its current 10th place position.