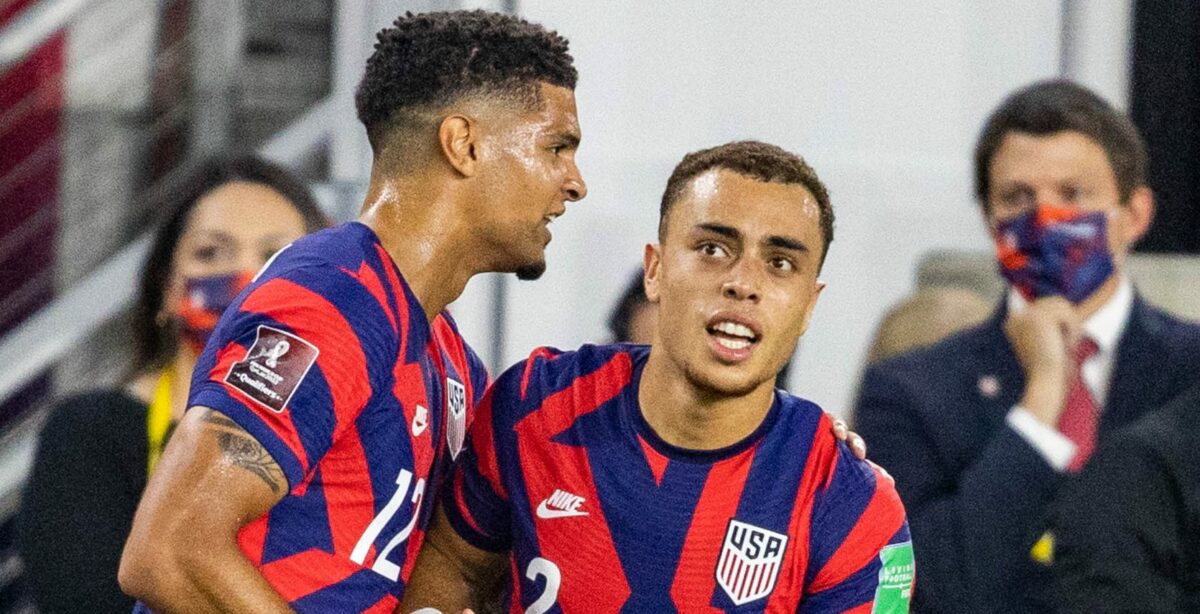 Sergino Dest’s equalizer and an own goal from Costa Rica goalkeeper Leonel Moreira helped the USMNT fight back for a 2-1 victory at Lower.com Field. The result snapped a three-match losing streak to Los Ticos in qualifiers and helped ease the pressure on Berhalter following a first-ever qualifying loss to Panama just three days prior.

The Costa Ricans opened the scoring just one minute into the match when Ronald Matarrita’s cross found an unmarked Keysher Fuller, whose shot slipped past Zack Steffen, who was shielded on the shot by a Costa Rican player who appeared to be offside. Replays showed that Sergiño Dest kept the Costa Rican player onside by being off the field of play on the endline.

Dest made up for that transgression in unforgettable fashion, delivering a stunning left-footed blast of an equalizer in the 25th minute.

SERGINO DEST WHAT A GOAL 🔥

The Ticos were forced into a halftime change as backup goalkeeper Leonel Moreira replaced Navas in goal. The change eventually went in the USMNT’s favor as the Americans found their go-ahead goal.

Tim Weah was played in towards goal by a Dest pass in the 65th minute and the winger’s hard-driven shot deflected off the right post and off Moreira’s back. The 31-year-old wasn’t fast enough as he watched the ball trickle into his net, giving the Americans the 2-1 lead.

TIM WEAH GETS THE BOUNCE TO PUT THE USMNT UP 2-1 🙌 pic.twitter.com/9rzF6zztok

Costa Rica added the attacking talent of Randall Leal, Alvaro Saborio, and Christian Bolanos off the bench, but the Americans defended well the rest of the way to claim a third win of the octagonal round, and third in four matches, guaranteeing at least second place in the Octagonal to close out the October window.

The USMNT now heads into a one month break before returning to action on November 12 in Cincinnati against Mexico.