A look at the MLS coaching vacancies heading into the offseason 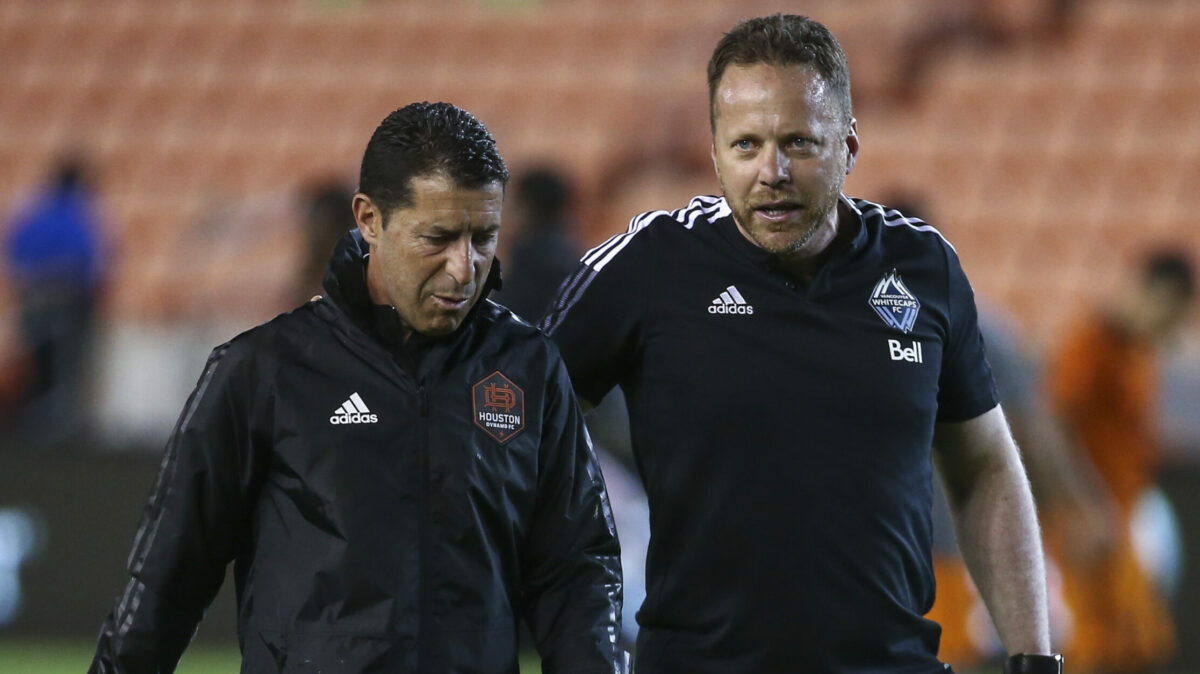 Offseason MLS coaching position rumors haven’t quite started flying yet. However, Sunday’s Decision Day brought a finality to the regular season that will urge general managers across the league to begin zeroing in on their targets.

FC Cincinnati is searching for yet another coach as it finished the 2021 season with only 20 points. Toronto FC has the opportunity to reset again after parting ways with Chris Armas early in the season. Real Salt Lake and the Vancouver Whitecaps are looking for new coaches while their interim managers lead them into the postseason. The Houston Dynamo, FC Dallas and Chicago Fire missed the playoffs in 2021 and are searching for a new direction.

There are also coaching jobs that are currently filled, but that could theoretically become available this offseason, such as Los Angeles FC, where Bob Bradley could potentially be on the move, and the San Jose Earthquakes, where Matias Almeyda will surely be the target of coaching rumors in Latin America as he is every winter.

Here is a closer look at the MLS head coaching jobs that are currently available, or will be available, this offseason:

The Dynamo chose to part ways with Tab Ramos after being eliminated from playoff contention last week. Ramos won only 10 matches in his two seasons as coach.

Pat Onstad enters as the Dynamo’s new general manager and will lead the coaching search. He joins the team after helping put together the Columbus Crew’s 2019 MLS Cup champion side as technical director.

No reports have come out yet on where exactly Onstad is looking. Onstad is a club legend with the Dynamo, having won two MLS Cups as the team’s goalkeeper.

FC Dallas is one of the most intriguing open jobs in the league. The club is still holding onto Ricardo Pepi for now, despite intense interest from several European clubs. The club has yet another rising young standout in Justin Che and one of the best academies in the league.

But management of the youth setup couldn’t save Luchi Gonzalez from being fired in the middle of the season as FC Dallas failed to get results. The new coach will need to blend young talent with results.

Current interim coach Marco Feruzzi figures to be a candidate for the job; Feruzzi has spent his entire coaching career with FC Dallas and served as an interim coach once before, back in 2008. There haven’t been any reports on who FC Dallas might look toward next, but Feruzzi will likely be up against plenty of qualified candidates for the role.

The Fire did not see any surge in form since veteran MLS coach Frank Klopas took the interim role after Raphael Wicky’s firing in September. The Fire missed the playoffs this year for the 10th time in the past 12 seasons.

Klopas is not set to be considered for the full-time role, so where will the Fire turn? The team’s past two coaching hires have had no MLS coaching experience. The Fire have interviewed LAFC assistant Ante Razov, an iconic former Fire player, as well as Sporting Kansas City II coach Paulo Nagamura and Columbus Crew assistant coach Ezra Hendrickson, as reported by The Athletic.

The Fire have a few solid attacking pieces in Alvaro Medran and Robert Beric, but the bane of its existence in 2021 has been a lackluster, aging back line. The Fire will benefit from a coach who can put the personnel and system in place to defend well, and the team could be in a much better place. One major bright spot in defense is 17-year-old goalkeeper Gabriel Slonina, who despite his age could be in a U.S. men’s national team conversation sooner rather than later.

FC Cincinnati made MLS history in 2021 for the wrong reason, as it became the first team to ever finish last in the league for three straight seasons. Former MLS veteran Chris Albright recently took the general manager role. Albright has his work cut out for him as the club searches for its fifth head coach in as many years.

Albright emphasized MLS experience when speaking at his introduction as a key attribute for the club’s next head coach. The last two FC Cincy coaches, Jaap Stam and Ron Jans, came to the club with no MLS experience.

Interim head coach Vanni Sartini has earned better results than any other interim coach in the league. Under Sartini, the Whitecaps finished sixth in the Western Conference by earning a draw on Decision Day against the Seattle Sounders. Scottish forward Ryan Gauld has been a revelation since joining at the transfer deadline in July, and the Whitecaps have lost only twice since Sartini took over.

Sartini, who previously worked as a youth coach and assistant with the Whitecaps, certainly seems to have a solid chance to solidifying his role.

Chris Armas’ disastrous 11-game tenure sunk Toronto FC toward the bottom of the Eastern Conference. Interim coach Javier Perez, who coached the remainder of the season after Armas’ dismissal, oversaw a late surge in form.

There isn’t much to highlight in terms of reports on TFC’s coaching search. The club should command considerable attention from qualified candidates because of its relatively recent success. However, TFC’s squad looks a lot different from the one that made MLS Cup in 2019. The team’s new manager will need to shake things up.

Real Salt Lake’s coaching search seems to be in a more advanced stage than most in the league. Dominic Kinnear, Philadelphia Union assistant coach Pat Noonan and recently fired former FC Dallas coach Luchi Gonzalez have been named as candidates, according to a report from ESPN. Landon Donovan had been considered but withdrew from consideration, according to the report.

Pablo Mastroeni oversaw the team’s recovery in the final weeks of the season, and has now guided RSL to a playoff berth. Perhaps Mastroeni has already done enough to be strongly considered for the permanent role, but he can still bolster his case with a shock result or two in the playoffs.