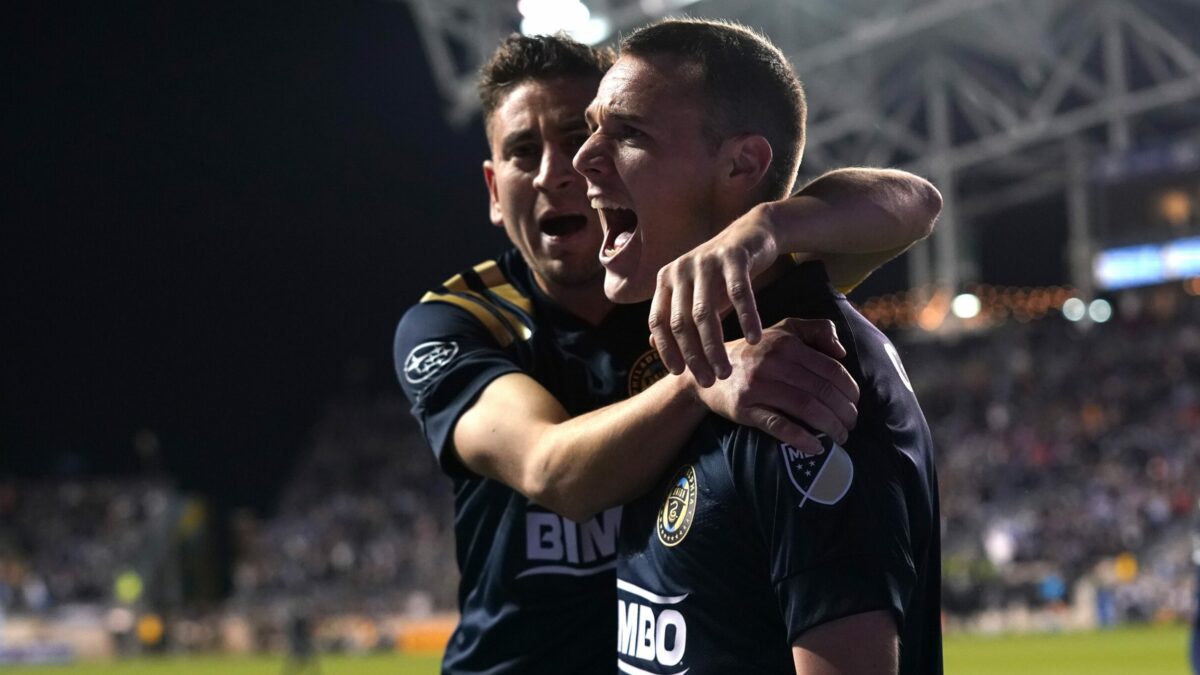 Andre Blake has made many monumental saves for the Philadelphia Union during his time with the club, but none were bigger than his pair of penalty kick saves in Sunday’s MLS Cup Playoffs win over Nashville SC.

Blake denied Hany Mukhtar and Anibal Godoy while the Union made two of their three necessary penalties to advance 2-0 in a shootout after the teams finished 1-1 through 120 minutes of play.

The Union will now play in the Eastern Conference final for the first time in club history, and will face the winner of Tuesday’s East semifinal between top-seeded New England and fourth-seeded New York City FC in the East final, on December 5.

The two sides went to a penalty shootout after trading first-half goals and then playing the second half and 30 minutes of extra time without being able to find winner.

The shootout was all Union, with Blake playing the hero in front of the club’s diehard fans at Subaru Park. The Jamaican standout dove to his right to deny Mukhtar’s spot kick in the opening round before diving at full stretch to his left to repel Anibal Godoy’s effort in the second round.

Jack Elliott and Jack McGlynn both successfully slotted home their penalty kicks, putting the pressure on Nashville. Despite a diving save by Joe Willis on Santos’ poorly taken effort, Gary Smith could only watch in disappointment at his team’s final two chances.

Substitute Alex Muyl skied his effort into the stands before Walker Zimmerman followed suit to cap off the home victory for Jim Curtin’s squad.

It is the second-consecutive playoff victory for the Union, who could wind up hosting the Eastern Conference final at Subaru Park if NYCFC beats the Revolution.

The Union didn’t look like the team that would survive Sunday’s battle when Nashville SC struck first with an early goal, taking advantage of poor defending from the Union inside of their own box.

Mukhtar scored his third playoff goal in the 39th minute, streaking into the box and sending a diving header off an Eric Miller cross into the bottom-left corner.

Daniel Gazdag equalized for the Union in the lone minute of first-half stoppage time, collecting his own rebound and hitting a low shot past Joe Willis. It was Gazdag’s fourth goal since joining the club this season.

The Union outshot Nashville SC 24-to-13 on the evening, constantly pressuring the visitors throughout the second-half and extra time periods. Sergio Santos had several chances to swing the Union in front, but was unable to hit the target with a second-half chipped effort in the box, or a late redirection off a Jose Martinez pass.