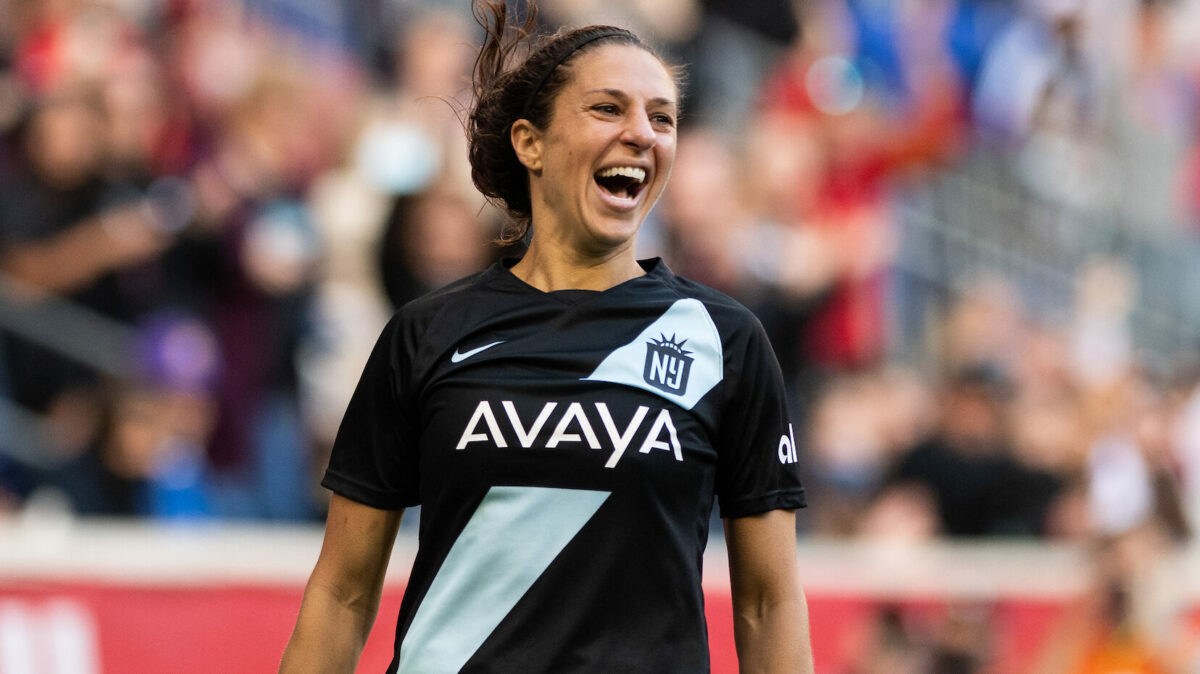 Carli Lloyd’s historic U.S. women’s national team career came to an end last week with an emotional sendoff after her 316th cap, but the official end of her playing career will have to wait a bit longer as she tries to cap her farewell with one more trophy.

Lloyd, who has never won a National Women’s Soccer League title, is looking to leave her final mark on the game in the 2021 playoffs with NJ/NY Gotham, and it will be an uphill battle as each of the possible next contests will be on the road.

Gotham takes on the Red Stars at Seatgeek Stadium on Sunday and would face the Portland Thorns in the semifinal with a win.

The storybook ending is certainly there for the taking. Look no further than her five-goal outburst against South Korea in September for your evidence. As is the case with many USWNT stars, the amount of footage on Lloyd gives opposition coaches much more to pick apart in an effort to neutralize her goal-scoring prowess, but the crafty veteran has a 16-year-long montage of rising to the occasion. Most recently, depositing the difference-maker in Gotham’s playoff-clincher against Racing Louisville last week.

With a boundless flair for the big moment and commitment to the title run being her last chapter, she is primed to lead the way in Gotham’s effort to put something in the trophy cabinet for the first time since 2009. The solo trophy pre-dates the NWSL’s inception, and Gotham (mostly as the previously-branded Sky Blue FC) has never made it past the semi-final stage in the modern era.

For the first time in a long time, and maybe ever, Lloyd’s attention is solely on the club side. Fitness and ability are not issues, and there should be nothing holding her back from delivering memorable performances.

Looking at the bigger picture, 2021 was an infuriating year to be involved with the NWSL in any capacity and Gotham had a pair of major changes apart from the league’s dense year of reckoning. A midseason coaching change when Freya Coombe left for incoming expansion side San Diego and unexpected (and still mysterious) resignation of a general manager isn’t quite the most conducive environment for success, but here they are potentially on the cusp of glory.

Largely without Lloyd’s services due to international duty, Gotham checked into the playoffs at the fifth seed and on an eight-game unbeaten run. In regular-season play, Gotham boasted a second-best 21 goals allowed in the 2021 campaign. Margaret Purce, a forward that USWNT fans are no stranger to, led the team with nine goals on the season.

What’s more, new head coach Scott Parkinson’s first playoff opponent is against the Chicago Red Stars, the very team he worked for as an assistant until the August switch. In all, Gotham is 6-3-3 under his direction and the hire looks like a success early on.

All other storylines aside, it will be Lloyd drawing the most attention, as USWNT fans watch to see if the legendary champion can add one more title to her list before she hangs up her cleats one final time.